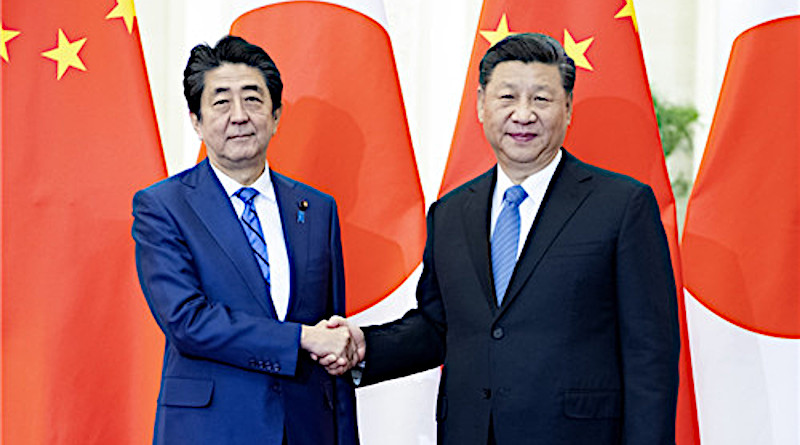 The COVID-19 pandemic has led to fractures in bilateral relationships with China amid growing international condemnation of Beijing’s handling of the crisis, with one notable exception: Japan. Quite strangely, the crisis has bought about a rare Japan-China bonhomie.

Japan was one of the first few countries to send thousands of masks, protective gear, and other medical supplies to China at the onset of the outbreak. On 23 January, Oita, Wuhan’s sister city in Japan, sent 30,000 surgical masks. Tokyo’s tallest building was lit up in red to express solidarity with China. This gesture was officially acknowledged by the Chinese foreign ministry, who said that the country would remember this gesture “forever.” The appreciation is not limited to the government alone. Chinese social media has also seen similar expressions of gratitude for Japanese assistance. One post in particular went viral on Weibo: “Though we have different mountains and rivers, we share one moon under the same sky.”

As per official record, until the first week of February, Japan had provided 6.3 million masks, 11 million gloves, 1,79,000 protective gear, 78,000 goggles, 16,000 thermometers, and 1.15 ton of disinfectant to China. Another consignment of Japanese medical supplies reached China in mid-February. In the same month, ruling party members of the Japanese Diet donated a portion of their March salaries to China’s fight against COVID-19.

When the virus spread to Japan, China reciprocated the support. It sent testing kits when the Diamond Princess cruise ship was quarantined just off the coast of Yokohama. Billionaire businessman Jack Ma pledged a donation of nearly 1 million masks in early-March, and Huawei donated masks to a university hospital in Nagoya. By mid-March, China sent a second round of masks and other medical supplies to several Japanese cities, including Hokkaido, which was the first to declare a state of emergency. Chinese expats across Japan formed Mask Panda Action, a volunteer group, to distribute masks for free.

Sure, there have been some anti-China protests and incidents in Japan, but these were minor and scattered. In addition, such sentiment is not new—it surfaces often when tensions between Japan and China rise. In fact, it underscores why the camaraderie being displayed now is such a rare spectacle.

Japan is considered an important bulwark with serious counterbalancing potential against an ‘aggressive’ China in East and Southeast Asia. In the past decade, it has had confrontations with China in the East China Sea and beyond. Japan is also a crucial US ally and a pillar of the Indo-Pacific strategy. These tensions have permeated from the official level to shaping Japanese public outlook toward China. Together, these reasons make the current bilateral amity something to make special note of.

In response to the pandemic, Japan has announced a US$ 2 billion stimulus package for those Japanese companies that want to shift production from China to Japan, and another US$ 200 million for companies that would like to move to a third country. Tokyo has cited business distress in these companies, rather than COVID-19, as the justification for the move. This could be read as an effort to avoid apportioning blame on China. On the other hand, the announcement could also be seen in light of falling exports to China as a result of the US-China trade war, with Japanese companies already contemplating a ‘China plus one’ strategy well before this crisis.

In fact, Tokyo had begun working to mend its relationship with Being in the months preceding the pandemic—particularly after Japanese Prime Minister Shinzo Abe’s visit to China in October 2019. Abe’s visit was important as it happened to commemorate the 40th anniversary of the conclusion of the Treaty of Peace and Friendship between Japan and China. A reciprocal visit by Chinese President Xi Jinping scheduled for mid-April has now been postponed, but both countries seem committed to improving relations.

Of course, this short-term bonhomie does not necessarily mean that the bilateral relationship will easily be able to overcome its deep structural issues. This global crisis has severely impacted China’s already deteriorating image and soft power, and the country’s lack of transparency at the initial stages of the outbreak has elicited sharp reactions from across the world. US President Donald Trump has on multiple occasions referred to COVID-19 as a ‘Chinese virus’ or  the ‘Wuhan virus’, effectively holding China responsible for the pandemic.

It is likely that once the situation stabilises, the US and others will attempt to persuade Japan to once again move away from China. Beijing might also react differently if Japanese companies ultimately end up shifting base from China. Future scenarios, particularly one in which the pandemic does more damage to the country, could see public sentiment once again turn against China. Despite these challenges, which will finally determine the long-term trajectory of the bilateral relationship, it is certain that Japan-China amity is having a moment—and this is an interesting development because of the same set of pre-existing issues.