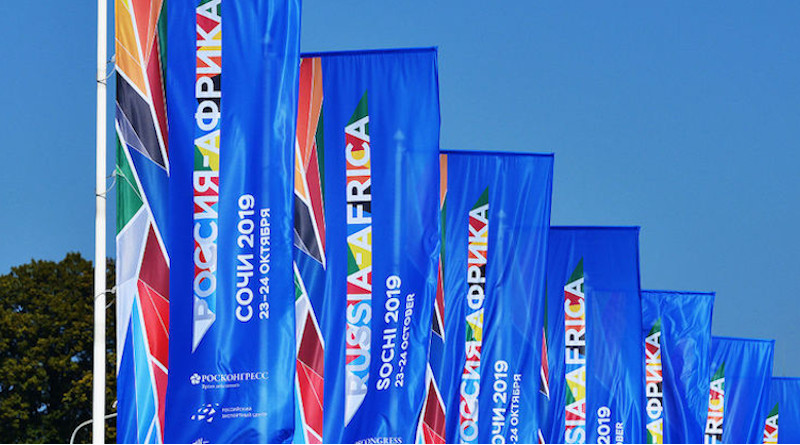 Researchers and experts have identified a lack of interest and a well-coordinated mechanism as being behind the absence of effective Russian media cooperation with Africa. European and Western media brands, such as British Broadcasting Corporation, Cable News Network, Associated Press, Reuters, Agence France Press, Quartz and Bloomberg, are active with their African partners, while the Russian media are largely invisible.

Africa needs an informed middle class, estimated at some 380 million people, which is twice the size of Russia’s population and almost the same as that of the United States. Some 300 news bureaus from 60 countries are currently operating in Russia, including 800 foreign correspondents and 400 technical personnel, while there are African news bureaus from Egypt and Morocco.

Some experts argue that Russia has discriminated against sub-Saharan Africa. That trend remains unchanged even after the first Russia-Africa Summit, held in October 2019 in Sochi with the primary aim of helping identify new areas and forms of cooperation, put forward promising initiatives that would bring collaboration between Russia and Africa to a qualitatively new level and contribute to strengthening multifaceted cooperation between the two regions.

Edward Lozansky, President of the American University in Moscow and professor of World Politics at Moscow State University, wrote in an e-mail to IDN that “there has not been too much information about Russia’s activities in Africa but the Western media is saturated with the scary stories about Russia’s efforts to bolster its presence in at least 13 countries across Africa by building relations with existing rulers, striking military deals, and grooming a new generation of leaders and undercover agents. Moreover, some are going even further claiming that Putin is using Africa to encircle Europe and that it is Russia that is responsible for the flow of African and Middle Eastern refugees to Europe.”

In his e-mail, Lozansky further explained: “Africans are much more interested in China, as Chinese are everywhere to be seen, their investments are visible, and they employ thousands of locals. So, no matter how interesting the reading about Russia you provide to middle-class Africans, very few of them (if at all) will waste time on it. And it is the same the other way around. Ask an average educated Russian what he/she knows about any sub-Saharan country. You may predict the answer. As for the elites, there is little practical mutual interest.”

In spite of efforts to revive relations with Africa following the Russia-Africa summit, media cooperation has been given a low priority and there is still not a single African non-governmental organisation operating in Russia, observes Professor David Shinn, an adjunct professor at the Elliott School of International Affairs and a former US ambassador to Ethiopia and Burkina Faso. He previously served as a director of the Office of East African Affairs in Washington.

“I think there is a bias towards the Maghreb and North Africa generally because Russia has much stronger relations (trade and investment) with this region, especially Egypt, than with the rest of Africa. North Africa is also geographically closer. I think discrimination is too strong a term. I suspect it is a lack of interest in sub-Saharan Africa by most Russians; there is no obvious reason why the Russian government would want to keep African media out of the country,” Shinn told IDN.

Punsara Amarasinghe, a former research fellow at the Faculty of Law, Higher School of Economics in Moscow, and now a PhD candidate in international law from the Sant’Anna School of Advanced Studies in Pisa, Italy, thinks that Russia has taken substantive efforts toward improving relations in Africa.

“But, the overarching position of Russia’s state apparatus towards foreign media have been relatively muted in the aftermath of the end of the Soviet Union. If you now review the Indian media presence in Moscow, you will easily realise that the number of Indian correspondents who are working from Moscow is extremely low,” Amarasinghe told IDN in an interview discussion in April 2020.

He added: “It is rather disappointing that India and Africa have extremely low representation in the Russian Federation. The simple reason hinges on how foreign media organisations are handled by the Russian authorities. In my assessment, Russian officialdom and its strict bureaucracy have become the biggest hindrance for all the foreign media in Moscow.”

Historically, Russia has had a high preference for the Maghreb region, especially Egypt and Morocco, which have been the key influences for Russia since Soviet days. Apart from Thailand, Morocco and Egypt have been the number one holiday destinations for the Russian middle class.

Given this scenario, we can understand why those two states have been given priority in media representation, but these Maghreb countries do not represent the entire African continent. Hence, Russia should unlock the media potential, especially providing need information about its socio-economic developments and emerging businesses for the growing elite and middle-class in the sub-Saharan African region, according to Amarasinghe.

In observing how Western think tanks and key media reported the Sochi summit, it becomes evident that the Western media deliberately try to badmouth the image of Russia. In the absence of an effective Russia-African media partnership, it would consistently create the settings or environment for those Western media operatives to fill African intellectuals and the educated middle class with anti-Russian thoughts, concluded Amarasinghe.

Understandably, after the disintegration of the Soviet Union, Russia found it difficult to keep up wholesale relations with Africa as it had to solve its own post-Soviet difficulties. Despite efforts already taken toward its renewed friendship with Africa, Russia has to sustain its image as well as its position on the continent, and this has more to do with establishing a vibrant media partnership, explains Dr Shaabani Nzori, a foreign policy expert from Tanzania.

According to Shaabani, it is explicitly clear that Russia-Africa relations still remain vital for both amid a fast-changing global situation. Russia needs African media to ward off what it has identified as “anti-Russian propaganda” and the negative impressions that are said to have been disseminated by some European and Western media inside Africa. Instead, Russia lacks significant representation of African media, and the assumption that this has consciously been done to limit, if not obstruct, the reading of truth from African eyes might have some validity.

Generally, there are limitations for foreign correspondents and journalists working and covering Russia, and some are subject to home searches and other forms of harassment by Russian authorities.

“In addition, it is just too costly for most African media to keep and hold an office bureau in Russia. It is a combination of the above factors, in my opinion, that we have very few African media representation in Russia. There are reasons to be optimistic, and there are also reasons to be pessimistic, at least this is how I see the situation,” said Shaabani, while questioning whether Russia could enthusiastically ever forge vibrant media cooperation with Africa.

Rex Essenowo, a member of the Board of Trustees of Nigerians in Diaspora Organisation Europe (NIDO), suggested in an e-mail to IDN that the future of Russia-Africa relations has to take into cognizance the true meaning of building a platform for civil society and media and as well as pushing for people-to-people interaction.

“That would help to change attitudes and mentality, and remove old stereotypes – these are important steps for improving cooperation. In addition, Russia could help to deepen understanding through regular dialogue with civil society and governments as a basis for economic growth and development, as well as serve as a motivation for building confidence among Russian investors within the region,” argued Essenowo.

Striking a similar note, George Nyongesa, senior associate at the Africa Policy Institute (API) in Nairobi, suggested that as part of the desire to adopt a comprehensive strategic roadmap for more integrated cooperation, it is necessary to find effective ways of improving public knowledge and image.

Accordingly, both Russians and Africans will have to leverage onto soft power to build trust from shared experience, shift towards normalisation of relations through increased familiarity, and set the stage for increased reciprocity such as Russia granting accessibility for African correspondents to match Russia’s increased media presence in Africa.

In a nutshell, there will be an avenue for demystification and contextualisation (getting to know the truth about each other through moderated content) and so help counter any negative public persona, share cultural experiences and begin to wear down language barriers, concluded Nyongesa.

Nearly all experts and researchers interviewed acknowledged, however, that the first Russia-Africa Summit marks the turning point in Russia’s new strategy of returning to Africa and promoting various significant initiatives to facilitate development on the continent.

Moscow plans to boost its presence on the continent in the coming years and, as outlined in the Russia-Africa Summit declaration, both Russia and Africa have to begin pursuing targeted goals, continue encouraging exchanges and facilitate the opening of Russian and African mass media hubs in the respective territories of African countries and the Russian Federation.