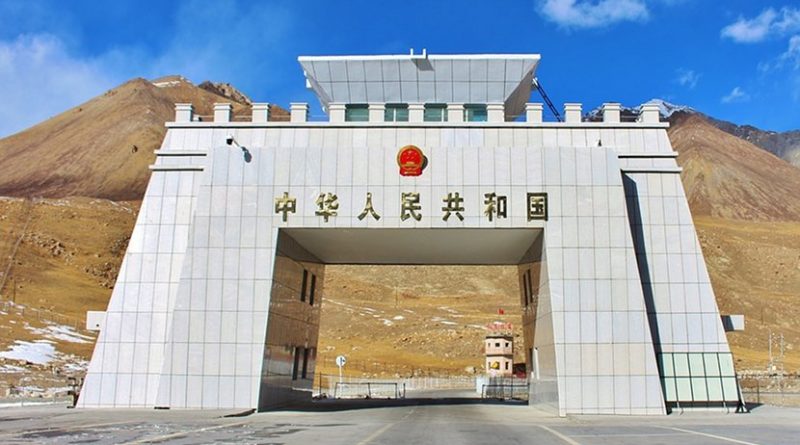 Border between China and Pakistan.

Chinese inroads into Pakistan’s mainstream media, and state-level bilateral cooperation on telecommunications infrastructure and surveillance is growing. These developments are taking place against a backdrop of Pakistani state’s growing attempts to censor online content domestically. How does this set of circumstances favour China? Where does China’s big picture media strategy fit into this?

Since 2012, the government of Pakistan has been attempting to implement a national firewall to tighten control over content shared online. The introduction of the Pakistan Electronic Crime Act in 2016 was supposed to regulate harmful content like terrorist propaganda. However, it has also been used to censor opposition leaders and critics of the government.

In January 2020, Pakistan adopted a new set of regulations framed under the Citizen Protection (Against-Online Harm) Rules, which entails plans for the Ministry of Information Technology and Communication to appoint a national coordinator in charge of online content regulation. The Human Rights Commission of Pakistan and the Pakistan Federal Union of Journalists denounced this move, and have argued its unconstitutionality. Reporters Without Borders and legal experts highlighted that the vague definitions of harmful contents leaves room for arbitrary removal of content. Application of Article 6(s) also enables potential deactivation of user data encryption as it enforces social media companies to deliver extensive information, including “subscriber information, traffic data, content data and any other information or data.”

This new regulation includes an obligation for all social media companies to open offices in Pakistan, where strict supervision of their ability to remove or block content will be enforced. It empowers the national coordinator to ask online platforms to surrender all information, private or public. These measures could lead to international social media platforms to re-evaluate their operations in Pakistan, as the Asia Internet Coalition (AIC) highlighted in their statement to Prime Minister Imran Khan.

However, these new measures could also play in favour of Chinese social media platforms as an alternative in the country. Chinese content censorship on its online platforms is uniformly applicable, irrespective of whether an application is being used domestically or abroad. They could thus easily adapt to Pakistan’s new regulations, and Beijing could even work with Islamabad to define the extent of internet censorship in Pakistan.

While such a cooperation has not yet taken place, China’s growing footprint in Pakistan’s telecommunication infrastructure could enable its occurrence. For example, the new cross-border fiber-optic cable which goes from Xinjiang to Rawalpindi via Khunjerab will involve the routing of internet traffic through China’s regulated network. This could facilitate the exportation of the Chinese firewall system to Pakistan through a direct linkage. China has already exported social media surveillance tools to several countries. It is also showcasing its model of internet control in UN-mandated working groups on international cyber-norms by challenging “Internet freedoms and its multi-stakeholder governance.”

In December 2019, Firdous Ashiq Awan, Pakistan’s then special assistant to the prime minister on information, urged Pakistan’s local media to play an active role in promoting the China Pakistan Economic Corridor (CPEC) and to counter “negative propaganda.” Her statement came a month after US Assistant Secretary of State for South Asia, Alice Wells, criticised China’s Belt and Road Initiative (BRI) and CPEC.

Since then, China and Pakistan have continued to reiterate the need for closer media cooperation. This is already taking shape, with the China’s state-run Xinhua news agency signing an MoU with local Pakistani media, which includes provision of free content in both English and Urdu to their Pakistani counterparts. While provision of content might be perceived as a good opportunity for the country’s shrinking media industry, it could also be a step towards standardisation of mainstream media information to promote BRI projects in Pakistan.

There is a broader strategy at play here. China is now exporting news production through institutions such as the Belt and Road News Network. It has developed ‘flooding’ strategies, which involve publishing large volumes of online content through various state-sponsored channels. In a recent interview, state-run Pakistan Television Corporation officials reported that a “Rapid Response Initiative System” will be implemented to coordinate the efforts of China Economic Net (a Beijing-based online news organisation) and Pakistan China Institute (an Islamabad based pro-Beijing think-tank) to systematically counter negative views against CPEC. Subsidised trips for Pakistani journalists with training sessions in China are also being organised on a frequent basis. Beijing wishes to promote a new model of journalism across the world, and is holding international conferences such as the Belt and Road Journalists Forum and the China-Pakistan Media Forum to get the word out. Beyond content-related issues, China’s investment in the media sector mainly favours state-owned outlets over independent and/or private entities. In the midst of the Pakistani media’s financial crisis, China’s growing support will eventually strengthen state-run media over struggling independent outlets, thereby serving both governments’ interests.

As China and Pakistan bolster their media cooperation, Beijing’s model of controlled internet might become a workable option for Islamabad. Already, over the past two years, criticism of CPEC has considerably diminished in the Pakistani media landscape. A combination of recent censorship measures with Chinese support in the field of surveillance technologies, could ultimately result in a sharp decrease in Pakistani citizens’ internet freedoms.

*Nowmay Opalinski is a Research Intern with the Centre for Internal and Regional Security (IReS), IPCS.