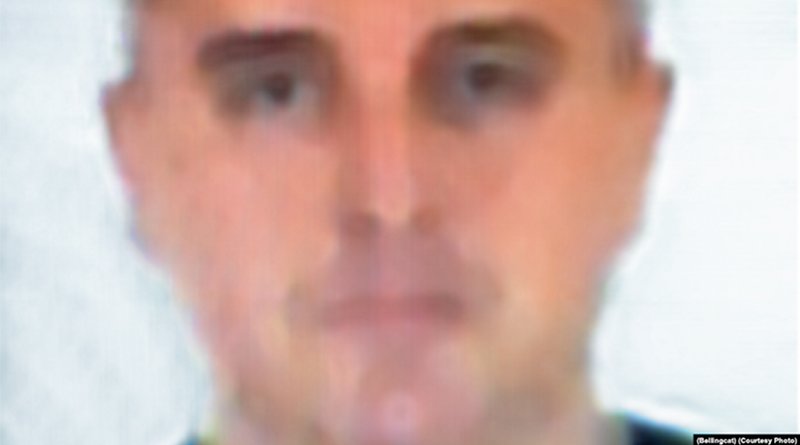 Denis Sergeyev, a high-ranking GRU officer, has been named by Bellingcat as the coordinator of the March 4, 2018 nerve agent attack in Salisbury.

British authorities have blamed Russian President Vladimir Putin’s government for the attack in the English town of Salisbury, saying Skripal and his daughter Yulia were poisoned with Novichok — a military-grade chemical weapon developed in the Soviet Union. Putin denies any involvement.

In its latest report on the Skripal attack, the independent Bellingcat group said it obtained telephone metadata logs validating the conclusion that the poisoning was supervised and coordinated by Denis Sergeyev, an active officer in Russia’s GRU military intelligence at the time.

Bellingcat’s partner in the investigation, BBC Newsnight, says it determined from its sources that Sergeyev has the rank of major general in the GRU.

“The involvement of a GRU major general would indicate the unusually high importance of the operation,” Bellingcat said.

It said the patterns of Sergeyev’s telephone use during his short stay in London also suggest a method used in other operations in which a senior coordinating officer coordinates with Moscow while agents on the ground receive no instructions by telephone or the Internet.

Bellingcat says the telephone data it obtained confirms Sergeyev operated under the cover name of Sergei Fedotov and that he flew to London on March 2 — two days before the nerve agent attack was carried out in Salisbury.

It says Sergeyev worked out of a hotel near Paddington station in London, communicating a total of 11 times by telephone during the weekend of the attack with a contact in Moscow who used the name “Amir.”

It says the number used by the Moscow contact was an “unregistered,” prepaid SIM-card without a documented owner — an apparent “nonstandard” number that was likely “from a special series used by Russia’s security services.”

Bellingcat also said Sergeyev’s phone data shows he rarely left his London hotel during his stay — except for a short trip he made near Oxford Circus and Embankment on March 3, a day before the Salisbury attack.

It was at precisely the same time on March 3 that the two Russian GRU officers accused by British police of carrying out the attack, Anatoly Chepiga and Aleksandr Mishkin, were in the same part of London to take a train from Waterloo station to Salisbury.

“Had a meeting in person been necessary between Sergeyev and the Chepiga/Mishkin team — whether to pass on final instructions or a physical object — the area between the Embankment and Waterloo [Station] would have been a convenient place,” the Bellingcat report says.

Skripal and his daughter were found unconscious on a bench in Salisbury on March 4, 2018 as a result of the attack.

Both became seriously ill, but made a full recovery after spending several weeks in a hospital.

A British citizen, Dawn Sturgess, later died from poisoning after coming in contact with the chemical agent.