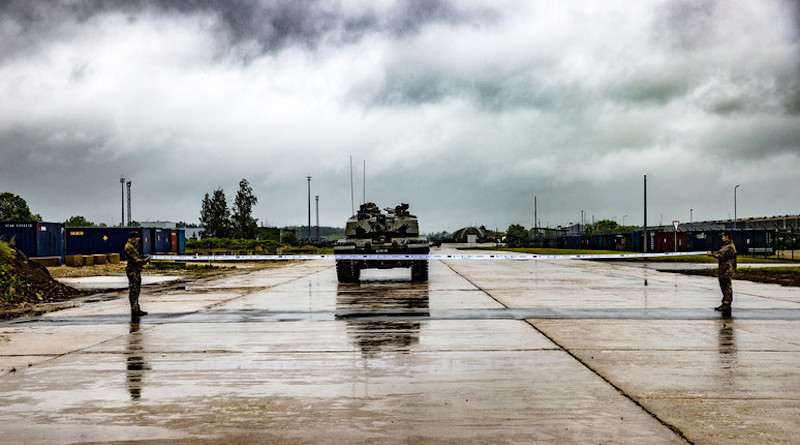 A new NATO infrastructure facility has just opened its doors at the Tapa Base in Estonia. The hub is able to receive and facilitate the onward movement of NATO forces, including the Very High Readiness Joint Task Force (VJTF), and will be used for exercises and prepositioning of equipment.

The majority of the project, worth 20 million EUR, has been funded through the NATO Security Investment Programme (NSIP).

The new infrastructure includes barracks for troop accommodation, storage space for equipment and vehicles, a medical centre and a helipad. The facility will serve as a ready-to-use field camp for short-notice exercises and deployments. It will help ensure the flexibility and rapid movement of NATO forces throughout the territory of Baltic Allies.

“The project in Tapa shows burden-sharing in action. It is also an example of Allies meeting the commitments they made at the Wales Summit in 2014 and the Warsaw Summit in 2016, to enhance NATO’s ability to quickly and effectively reinforce its Eastern Allies,” said NATO Secretary General Jens Stoltenberg.

This is just one of more than 200 projects launched by NATO Allies to enable the Readiness Action Plan. Through common funding, infrastructure to support the prepositioning of military supplies, and of reception, staging and training is currently under construction in eight NATO nations.