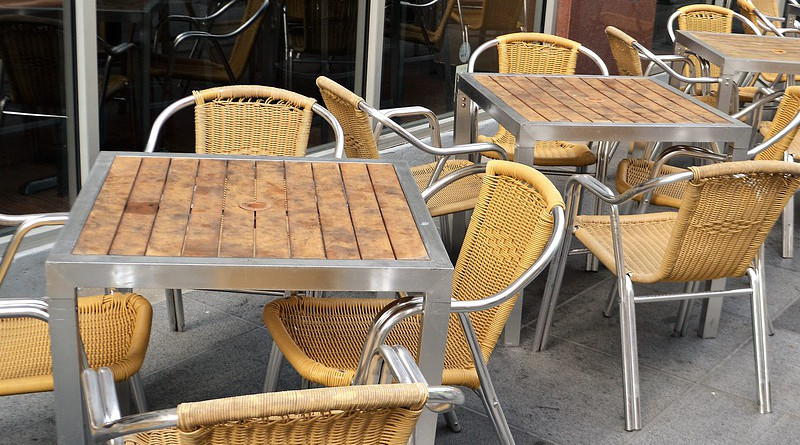 The first time governments imposed business closures in the name of fighting the spread of COVID-19, the job market imploded.

40 million Americans lost their jobs, and at least twenty million of those are still unemployed. Income in America fell to such low levels that federal tax revenues fell by more than 50 percent, year over year in April, and remained down more than 25 percent in May. These are losses of historic proportions.

It remains to be seen if the country even began anything that could realistically be called a “recovery” in June. After all, new unemployment claims were still at over a million new applicants according to the most recent data. That’s still off-the-charts bad. Nonetheless, we continue to hear about how, any day now, we’ll see evidence of a “V-shaped recovery” in which jobs and economic growth will come roaring back.

But now we’re already seeing governments — by which I mean a small cadre of governors and un-elected bureaucrats who currently rule by decree — are announcing another round of businesses closures and ongoing government regulations that micromanage every aspect of a business’s daily interactions with customers.

This is likely to greatly slow any V-shapred recovery that might have been forming, and it will give businesses reason to further put off plans for implementing efforts at recovering from the economic crash experienced in April and May.

This is due to businesses being physically barred from hiring in many cases, but it’s also due to “regime uncertainty.”

Regime uncertainty is a wealth-killing, job-killing phenomenon in which business and property owners cannot plan for the future because of capricious, unpredictable, and incoherent government interventions.

This has happened a number of times in the past in the United States, an in each case, it prolonged economic depressions.

As shown by economic historian Robert Higgs, regime uncertainty was a significant factor in the long duration of the Great Depression. It again became a factor during the so-called Great Recession when the US government began implementing a veritable smorgasbord of new regulations and bailouts.

During these periods, there were few limits on government action and the legal environment was prone to be substantially changed on short notice and in a success of fits and starts that came one after another.

Not surprisingly, under these conditions, businesses became reluctant to engage in new plans for expansion, employment, or investment.

Now, thanks to the coming “second round” of state lockdowns, businesses are once again in a similar position.

For example, yesterday Colorado governor Jared Polis announced the governor’s office was once again shutting down bars and night clubs, after only a few weeks of being allowed to remain open. This comes after a tiny uptick in new cases in the state.

What was the legal process for dictating to these businesses that they must now remain closed? There was none. For all we know, Polis just decided in the shower yesterday morning that it “felt right” to close down bars again. There is no debate, no checks and balances, no period for public comment. We live in a world where a politician can simply decide to shut down businesses whenever the mood strikes him.

Polis certainly isn’t the only politician of this type.

Governors have a number of states have taken similar actions from California to New York to Texas and to Florida. Bars, and other businesses, are again being closed by government edict. Or as in New York, they are not being allowed to open at all.

Some observers might shrug and say “well, it’s only a bars and a small minority of businesses. It’s no big deal!” This might be true to some extent were other businesses able to obtain any useful information on the likelihood that they too will be shut down. After all, just because it’s “only” bars being closed now doesn’t mean it won’t be all restaurants, barber shops, and offices later.

And how might businesses get this information for planning purposes? It’s not as if any objective standards or guidance is offered by the secretive junta of bureaucrats who decide a business’s fate.

A business could ask “at what point of new cases/hospitalizations will you extend new business closures?” But the business is unlikely to receive any answer because it is clear governments have established no objective standards of any kind. These government planners apparently decide business closures based on personal whims or on political pressure. What’s worse, these changes can occur without any warning at all. Even after months of talk about plans for dealing with COVID-19, governments have yet to announce or establish any standard at all by which to judge if business closures or lockdowns are necessary. Exactly how many COVID-19 deaths or hospitalizations are necessary to “trigger business closures”? Virtually no government is willing to say. The only governor who appears to have even suggested an actual numerical standard is Greg Abbott of Texas who claims:

“As I said from the start, if the positivity rate rose above 10%, the State of Texas would take further action to mitigate the spread of COVID-19.”

But even in this case, government action is vaguely defined only as “further action.” That could mean virtually anything. So business owners are left just guessing about what governments might do next without anything we might call “due process” or even a “legislative process.” It’s jsut a matter of single man or woman issuing diktats about whether or not a business owners is allowed to use his or her property. Moreover, just because it’s someone else’s business today, doesn’t mean it won’t be your business tomorrow. That’s the nature of regime uncertainty. One round of regulations now doesn’t mean there won’t be something quite different and far worse coming down the line soon.

Under these conditions, there is little reason to assume there will be a V-shaped recovery. After a period of only one month of “re-opening,” governments are already enacting new business shutdowns and claiming the authority to engage in these shutdowns indefinitely.  It’s as if the system were designed to maximize regime uncertainty and destroy employment and income. For business owners, there’s no end in sight.