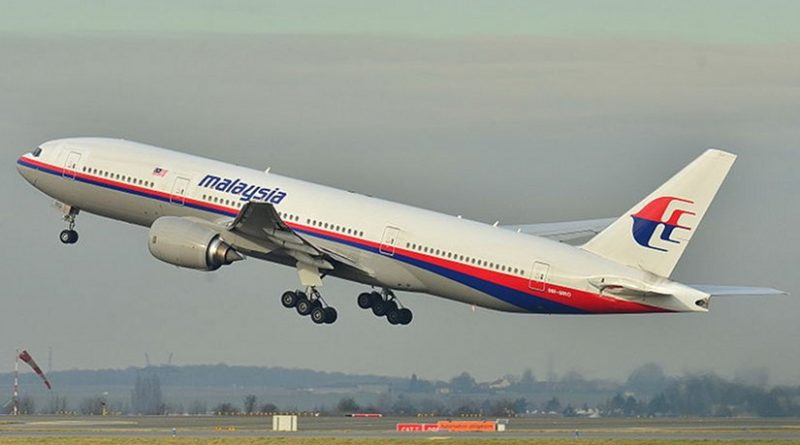 A day after a safety investigation team’s report pointed to air traffic control errors when Malaysia Airlines flight 370 disappeared in March 2014, the chairman of the Civil Aviation Authority of Malaysia (CAAM) on Tuesday announced his resignation.

Azharuddin Abdul Rahman said the 495-page report from the Flight 370 Safety Investigation team did not suggest that air traffic controllers caused the crash, but found they did not comply with standard operating procedures when the Boeing 777 disappeared while traveling with 12 crew and 227 passengers from Kuala Lumpur to Beijing.

Azharuddin said he would leave the office in 14 days.

“Over the past four years, I have tried my level best to assist in the search for MH370 and I am ever resolute in finding answers we all seek towards this unfortunate tragedy as we owe it to the families and loved ones. I am saddened to have to leave under these circumstances,” he said in a statement.

“Aviation has been a core part of my life since childhood and it will remain so for the rest of my life.”

Shortly after Azharuddin stepped down, Transport Minister Anthony Loke SiewFook said an internal committee would be set up to decide the fate of the Kuala Lumpur International Airport air traffic controllers who were on duty that night.

“I did not state that there was an offense, but he decided to resign to take responsibility,” Loke told reporters in Parliament, referring to Azharuddin.

“The MH370 report stated that there was a breach of standard operating procedures, so action must be taken,” he said, according to The Star.

He told reporters the ministry would wait for the committee’s recommendations before taking action.

In an earlier speech to parliament, Loke said the government was reviewing all proposed air safety improvements submitted by the special investigative team. In addition, the government would investigate any misconduct disclosed in the investigating team’s report.

Releasing the report on Monday, probe leader Kok Soo Chon said his team did not believe pilot Zaharie Ahmad Shah or first officer Fariq Abdul Hamid caused the plane to fly off course, instead pointing to the possibility of interference from someone on board the plane. No one, including terror organizations, has ever claimed responsibility for the crash.

Traveling northeast to Beijing from Kuala Lumpur, Flight 370 turned and traveled southwest before disappearing and apparently crashing in the Indian Ocean. Over the years, debris from the plane has washed ashore on Indian Ocean islands and along the east coast of Africa.

Monday’s report said that as Flight 370 was changing its path, it flew for almost 20 minutes unmonitored by air traffic centers as it crossed between Malaysian and Vietnamese airspace.