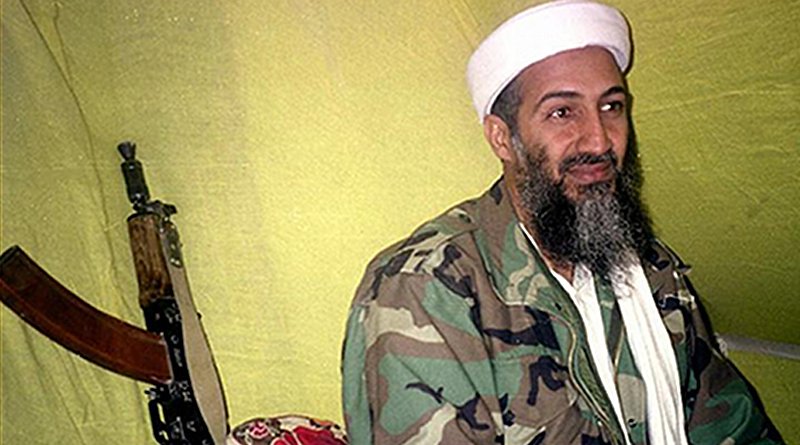 Disruptions like political violence and sectarian strife in fragile states empower terrorist groups, and the same is true of climate change. From Afghanistan and Iraq to Somalia and Yemen, terrorist groups are pushing false narratives that they, not cash-strapped central governments, are leading campaigns against deforestation, water scarcity, crop failures and other environmental issues ravaging local communities across Africa and Asia. Even Osama bin Laden, an inspiration for terrorist groups, turned global warming into propaganda. While developing countries produce few greenhouse gases, they have the most to lose to the greenhouse effect, and militants are highlighting this disparity.

In a 2002 open letter outlining many grievances with the Western world, the founder of Al Qaeda lambasted the United States for declining to join the Kyoto Protocol and polluting the natural environment with “industrial waste and gases more than any other nation in history.” He reiterated these criticisms in a videotape mailed to Al Jazeera in 2010, a year before his death. The deadly American raid on bin Laden’s Abbottabad compound in 2011 uncovered yet another open letter in which the ideologue encouraged Americans to offer US President Barack Obama whatever assistance he needed to “save humanity” from global warming’s “catastrophic” consequences.

During his many years in hiding, the figurehead lent rhetorical support to the environmental movement, and the true extent of his dedication to environmentalism remains subject to debate. His disciples in Africa and Asia, however, have transformed environmental issues from mere talking points into startling opportunities for increasing brand awareness and recruitment.

The Islamic State and its predecessor, Al Qaeda in Iraq, jumpstarted the trend after 2009 by wooing farmers who had lost their livelihoods to water scarcity. ISIS employed a multipronged strategy, offering recruits food and $400 a month while arguing that the Iraqi government cared little about the environmental issues devastating the heartland. The militants’ rapid conquest of Iraq’s drought-stricken regions demonstrated the effectiveness of their tactics.

Al Qaeda in the Arabian Peninsula, or AQAP, often described as the most dangerous offshoot of bin Laden’s terrorist group, reapplied ISIS’s approach to its sphere of influence in Yemen several years later. AQAP fixed water mains and wells in towns struggling with droughts as political violence undercut the ability of the Yemeni government to provide similar basic services to the few regions under its control.

Outside the Middle East, militants have attempted to implement the beginnings of environmental policies. In a 2017 “special message,” the Taliban urged Afghans to “plant one or several fruit or non-fruit trees for the beautification of Earth and the benefit of almighty God’s creations,” adding in interviews that the insurgents even supported the Afghan government’s attempts at reforestation. In 2018, meanwhile, Al Shabaab, a Somali offshoot of Al Qaeda that coordinates many of its operations with AQAP, outlawed plastic bags after terming them “a serious threat to the wellbeing of humans and animals alike.”

Unlike bin Laden, who might have felt sincere distress about climate change, the terrorist groups that looked to him for guidance demonstrate little real concern for the welfare of the natural environment, likely seeing environmental issues as just another opening to strengthen their cause. Analysts suggest that Al Shabaab opted to ban plastic bags because plastic pollution was choking the livestock that it taxed, not because the Somali militants cared about the potential for an ecological crisis.

In reality, the terrorist groups that claim to lament environmental degradation instead aggravate it in the name of financing sectarian violence. In Afghanistan, the Islamic State and the Taliban often profit from illegal logging. Elsewhere, ISIS’s shortsighted efforts to tap wells seized from the petroleum industry led to oil spills throughout Iraq, and Al Shabaab has burned once-lush Somali forests in its search for charcoal and wood to sell. As far as the black markets of Southeast Asia, affiliates of Al Qaeda traffic in rhino horns and tiger pelts, mimicking Al Shabaab’s foray into the illegal ivory trade.

Across the world, bin Laden’s fellow travelers extol the virtues of environmental protection online and in public while accelerating environmental degradation on the ground. Because precarious central governments in Afghanistan, Iraq, Somalia and Yemen lack the financial resources and political bandwidth to prepare for the worst effects of climate change, terrorist groups can pretend to adopt the mantle of environmentalism as they devastate the natural environment in regions outside the control of overstretched militaries.

Many analysts argue that global warming will fuel further conflict in the Middle East, where flashpoints such as the Gaza Strip and the Sinai Peninsula already deal with drought, water shortages and other environmental issues that will only worsen. For their part, scientists have warned that climate change will significantly worsen living conditions in the Middle East and in North Africa” and “prolonged heat waves and desert dust storms can render some regions uninhabitable.” The greater the havoc wreaked by global warming in the region, the more opportunities terrorist groups find to coopt the environmental movement.

Militants from Indonesia to Mali stand to gain from climate change if this trend persists. The Arab Bank for Economic Development in Africa, the Islamic Development Bank, the Kuwait Fund for Arab Economic Development, and other Middle Eastern aid agencies and development finance institutions can break this pattern by bankrolling fragile states’ efforts to ready themselves for global warming and stop environmental degradation in Afghanistan, Iraq, Somalia, Yemen and further afield. As development banks invest in natural resource management and water conservation in particular, governments in the Global South can dedicate more capital to curbing droughts and other environmental issues that enable terrorist groups to promote their causes and recruit followers. While the United Nations has funded solar-powered pumps to combat water scarcity in Yemen, the international community must go further.

The Western intelligence agencies, diplomatic corps and militaries that have assisted the governments in the Middle East, Africa and Central Asia with their wars on Al Qaeda, ISIS and their allies must account for environmental issues in their approach to counterinsurgency and counterterrorism. The US Intelligence Community already studies climate change as a threat to national security. Once fragile states have comprehensive environmental policies as well as the military capacity to safeguard the natural environment, terrorist groups will find fewer chances to take advantage of global warming. If the Iraqi government can ensure that farmers have access to irrigation and the Yemeni government can supply water to rural areas, ISIS and AQAP are less attractive replacements.

Though the debate over how to find a solution to climate change remains divisive in much of the Middle East and the West, every country appreciates the need to defeat ISIS and Al Qaeda. If regional and world powers want to prevent terrorist groups from exploiting global warming, the international community must address environmental issues, lending direct and highly visible humanitarian aid to the fragile states that need it most. Environmental degradation has become a matter of global security.

*Austin Bodetti studies the intersection of Islam, culture and politics in Africa and Asia. His research has appeared in The Daily Beast, USA Today, Vox, and Wired.