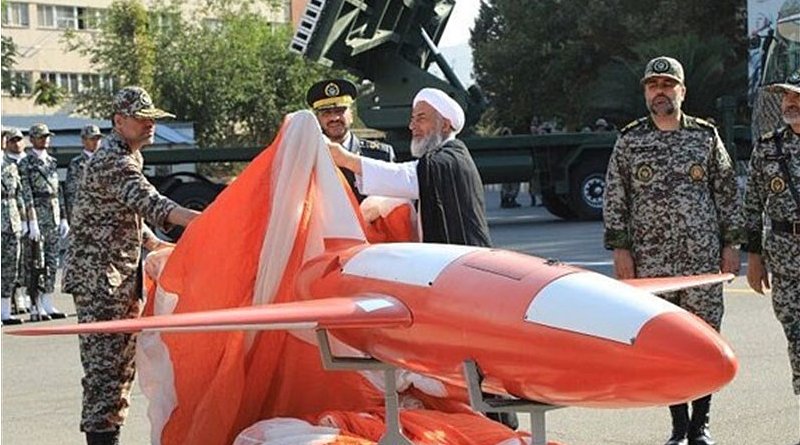 In a ceremony on Sunday morning, the Air Defense Force of the Iranian Army unveiled the new pilotless aircraft, dubbed “Kian”.

According to Commander of the Army’s Air Defense Brigadier General Alireza Sabahifard, Kian is used in both combat and air defense operations.

The high-speed version of Kian is suitable for reconnaissance and interception, while its version with a high flight endurance has been designed to carry out bombing with pinpoint accuracy, the commander noted.

Kian can hit targets far away from the Iranian borders, and would carry out air defense tactics over the enemy’s soil, the commander said, adding that the UAV has been designed, manufactured and operationally tested by local military experts.

The Islamic Republic is now in possession of a broad range of UAVs that can be used for both civilian and military purposes.