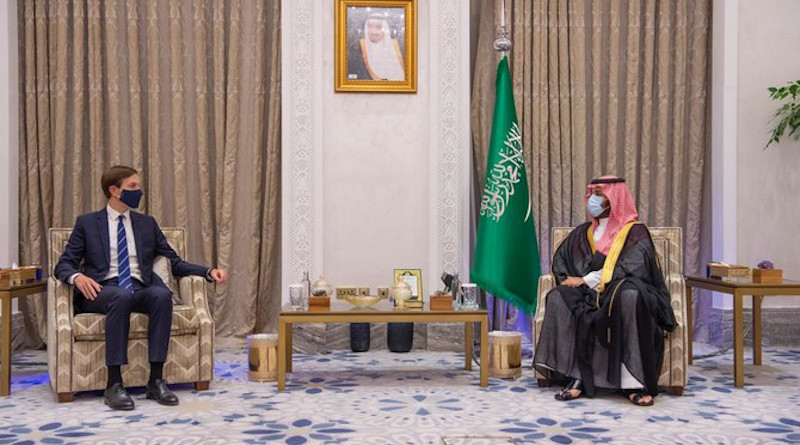 The talks covered the prospects for the peace process in the region and the need to resume negotiations between the Palestinian and Israeli sides “to achieve a just and lasting peace,” the SPA state news agency reported.

During the meeting, they also discussed ways of strengthening bilateral partnership in all fields, “especially in a way that achieves security and stability in the region and what guarantees strengthening international peace and security.”

Kushner was in Saudi Arabia after holding talks with Bahrain’s king in Manama and earlier concluding a visit to the UAE.

Kushner is visiting Gulf countries following an Aug. 13 accord between the UAE and Israel to normalize relations.