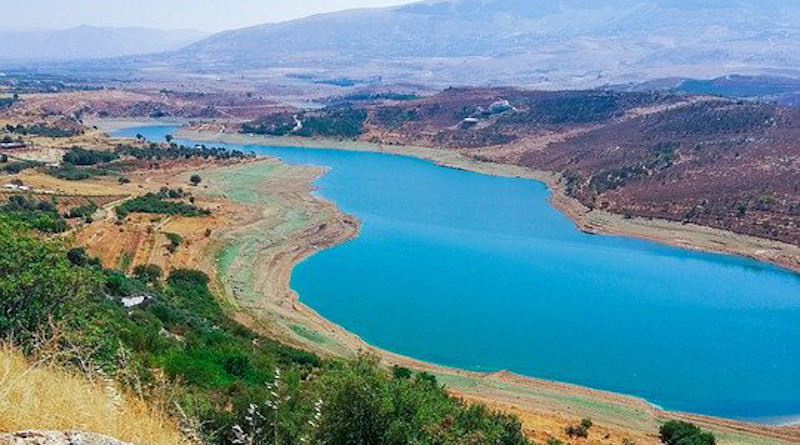 While the ammonium nitrate-fueled blast which rocked Beirut on August 4th shocked both Lebanon and the world, the eminently preventable tragedy was only the latest to befall the Lebanese people as a result of their government’s pervasive incompetence and corruption. The dysfunction of the Lebanese state has long been plain to see. Nonetheless, international investigators have been tasked with determining how such a large stockpile of highly explosive material could be allowed to sit in the heart of Lebanon’s capital, despite urgent appeals for its removal, for nearly seven years. As the people of Beirut made clear in their mass protests following the explosion, they do not trust Lebanon’s existing political establishment to give them straight answers – nor, indeed, any real accountability.

For years, the Lebanese government has failed to ensure the provision of the most basic of public services: safe drinking water, reliable electricity, or even a proper trash disposal service. While the Lebanese have been pushing for change since the 2019 protests, the deeply corrupt political establishment – personified by entrenched figures such as President Michel Aoun, Speaker of Parliament Nabih Berri, former premier Saad Hariri, and Hezbollah leader Hassan Nasrallah – has ignored the needs of the populace in favor of maintaining their own delicate sectarian balance and extensive patronage networks.

In short: the daily lived experience of the Lebanese, even before the catastrophe which befell them on August 4th, already made the extent of the nation’s governance crisis clear. Now, with around half of Beirut directly impacted and the country’s COVID-19 outbreak reaching new extremes as healthcare facilities damaged by the explosion struggle to keep up, Lebanon’s existing infrastructural failings now represent a public health emergency the international community will need to place at the heart of its response.

No other resource encapsulates the humanitarian stakes in Beirut, in Lebanon, and across the whole of the Middle East as well as clean water, not just in the context of COVID-19 but also for the social and political stability of the entire region.

Even though Lebanon has some of the best access to water sources in the region, the country’s long running water crisis means that hundreds of thousands of Beirut residents only have tap water available for a few hours each day. Even when the taps are running, the water itself is unsafe, despite assurances from the Lebanese state-run Water of Beirut and Mount Lebanon (EBML) in 2018 that its tap water was safe and adhered to international standards.

Independent studies tell a different story, finding in 2017 that Lebanon’s tap water came only second to the U.S. in terms of plastic pollutants. The World Bank, which is involved in the Bisri Dam project in Lebanon, has also found Lebanon’s tap water is currently not safe to drink and needed to be re-filtered.  20 percent of the Lebanese population is reportedly not connected to the public water network at all, and that only a quarter of those who are receive water daily. Unsurprisingly, the Lebanese rely heavily on bottled water, private deliveries, and other workarounds.

Given that regular handwashing is one of the most important public health measures for fighting COVID-19, these shortcomings mean Lebanon’s failing water system has now been putting the public’s health in danger for months. Access to water and hygiene is even more fraught for the 1.5 million Syrian refugees living in Lebanon.

Water as a driver of regional conflict

Fortunately, by Middle Eastern standards, Lebanon is relatively fortunate in that the root causes of its water crisis mirror those of its other public sector shortfalls. The government mismanagement, ineffective regulatory framework, corruption, clientelism, and illegal wells and connections hampering effective water delivery can all ultimately be reformed through effective, transparent governance.

The same cannot be said of other parts of the region, where water scarcity has proven to be a driver of displacement, civil unrest, and ultimately conflict. The war in Syria, for example, was preceded by a major drought from 2006 to 2009, which prompted an exodus from rural areas to cities and left many without work. Two-thirds of the population of the Middle East and North Africa resides in areas with insufficient renewable water, with rapidly growing urban populations and climate change only exacerbating stress on limited resources.

Former Iranian agriculture minister Issa Kalantari famously predicted the exhaustion of Iran’s water table could ultimately force 50 million Iranians to leave the country, while dramatic images from dried-up bodies of water like Lake Urmia and the Zayandeh River have become the most visible symbols of government mismanagement. Saudi Arabia, by contrast, has tried to address its water needs through energy-intensive desalinization that produces dangerous amounts of toxic brine. The MENA region is responsible for two-thirds of the world’s water contamination by desalination plants, with Riyadh the world’s single largest producer.

A building block for peace?

While the region as a whole may have limited water resources that are further being depleted by climate change, there are ways to ensure these countries can meet their water needs without internal or external conflict. Depoliticizing major water access points is essential. For example, a rare example of cooperation across battle lines allowed for the partial rehabilitation of the Tabqa Dam on the Euphrates in northern Syria after its liberation from the Islamic State (IS). Now, however, villagers in the region accuse Turkey, home to the headwaters of the river that provides most of Syria’s water, of cutting off the flow of the river. The Israeli government similarly stands accused of restricting water in the Palestinian territories.

While humanitarian groups working in the region need to focus on ensuring access to clean water, specifically in areas affected by conflict, governments need comprehensive strategies in place for the safe conservation and management of this vital resource. Clean, reliable water is one of the many demands being made by the people of Beirut, who know the lack of reliable water is an obstacle on the long, slow path to rebuilding they now have ahead of them. If international donors wish to aid the Lebanese recovery, holding the country’s leaders to account on the need for transparent, effective water management would be one important way to make a lasting impact.