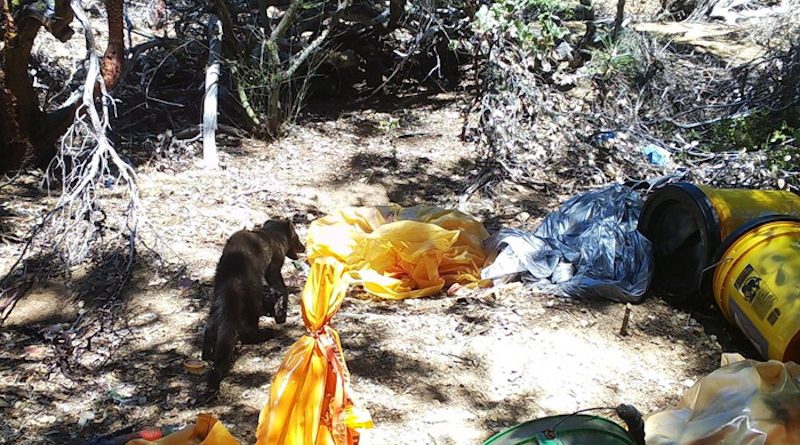 Sites favored by illegal cannabis farmers on the West Coast of the United States overlap with the habitat ranges of three threatened predators, potentially exposing them to toxic pesticides, according to a study by Greta Wengert at the Integral Ecology Research Center in California and colleagues, publishing in the open-access journal PLOS ONE.

Illegal cannabis cultivation is often associated with the rampant use of pesticides, such as rodenticides, which can be passed up the food chain and accumulate in predators’ bodies. In a unique collaboration between law enforcement and wildlife biologists, researchers used location data on 1469 illegal cannabis cultivation sites discovered between 2007 and 2014 to map the likely distribution of grow sites in forested regions of California and southern Oregon. They compared these maps with habitat distribution models for two carnivorous mammals: the endangered Pacific fisher (Pekania pennanti) and the threatened Humboldt marten (Martes caurina humboldtensis), and one bird of prey: the threatened northern spotted owl (Strix occidentalis caurina).

The model predicted 21,000 square kilometers of forest with a high-likelihood of cannabis cultivation, and ground-truthing located sixteen previously undetected cannabis farms, suggesting that illegal cultivation may be widespread in the study region. The analysis revealed overlap between predicted cannabis cultivation sites and suitable habitat for the three species of conservation concern – nearly 48% of spotted owl habitat, 45% of fisher habitat, and 40% of Humboldt marten habitat overlapped with high likelihood areas for illegal cultivation. In the southern Sierra Nevada, 100% of female fisher home ranges overlapped high likelihood cultivation areas, suggesting this population may be particularly at risk of toxic pesticide exposure from illegal cannabis farms. Locating and cleaning up contaminated grow sites should be high priority for conservationists and land managers, the authors say.

The authors add: “The results of our study and its validation support concerns that the problem of trespass cannabis cultivation is more extensive than previously thought. The study solidifies our belief that the environmental impacts of this illicit activity adversely affect the recovery of these three sensitive forest predators in ways that we haven’t yet begun to address.”