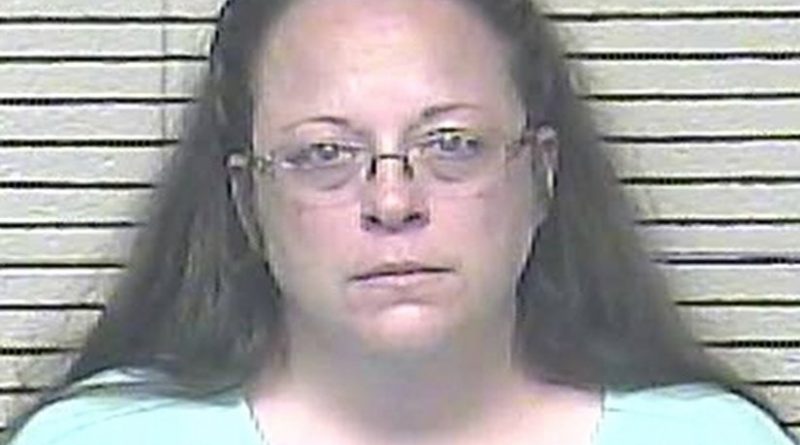 After meeting with Pope Francis earlier this morning, Vatican spokesman Fr. Federico Lombardi confirmed that the Pope met with Kim Davis and her husband as part of a large group invited by the nunciature.

In an Oct. 2 statement, Fr. Lombardi said that Pope Francis met with Davis alongside several dozen others who had been invited by the nunciature to greet him as he prepared to leave Washington for New York City.

Such brief greetings “occur on all papal visits and are due to the Pope’s characteristic kindness and availability,” he said, adding that the only specific audience granted by the Pope at the nunciature “was with one of his former students and his family.”

Fr. Lombardi clarified that during Pope Francis’ meeting with Davis, the Pope “did not enter into the details” of her situation, and specified that the meeting with her “should not be considered a form of support of her position in all of its particular and complex aspects.”

The spokesman answered questions about the meeting with Davis during an Oct. 2 press briefing for the upcoming Synod of Bishops on the Family, saying that “I don’t have anything else to add at this moment.”

Davis, a clerk for Rowan County, Kentucky, has repeatedly made headlines for refusing out of conscience to issue marriage licenses to same-sex couples, after the U.S. Supreme Court in June legalized same-sex marriage in all 50 states in its decision, Obergefell v. Hodges.

The district court judge ordered that Davis serve jail time for refusing to obey the law, stating that her conscientious objection was not enough for her to lawfully recuse herself from issuing licenses. Davis served five days in jail.

Headlines have been circling the past few days after Roberty Moynihan, editor of the publication “Inside the Vatican,” broke the news about the meeting Sept. 30. The meeting was later confirmed by Davis’ attorney, Matthew Staver, to several news outlets.

Fr. Thomas Rosica C.S.B., CEO of Salt and Light media foundation and the English language assistant to Holy See Press Office, told journalists Oct. 2 that as far as the Pope’s meeting with Davis goes, “I don’t think it’s a matter of being tricked as of being fully aware of the situation and its complexities.”

“I don’t think anyone was willfully trying to trick the Pope,” he said, but clarified that the Pope had not been fully briefed on her situation, or the impact such a meeting would have.

Fr. Rosica said that since Pope Francis had not been fully aware of Davis’ situation, he was not referring to her when he made his comments about a government employee’s right to conscientious objection on board the plane from Philadelphia to Rome.

He also said he is unaware whether any U.S. bishop had known about the meeting in advance, and was not sure who orchestrated the meeting, if it had been the Vatican ambassador to the U.S., Archbishop Carlo Maria Vigano, or the Davis’ lawyer.

Although Fr. Rosica had been very involved in Pope Francis’ visit to the United States last week and was aware of the details, he said that no one really knew about the meeting with Davis and her husband until the Pope had returned to Rome.