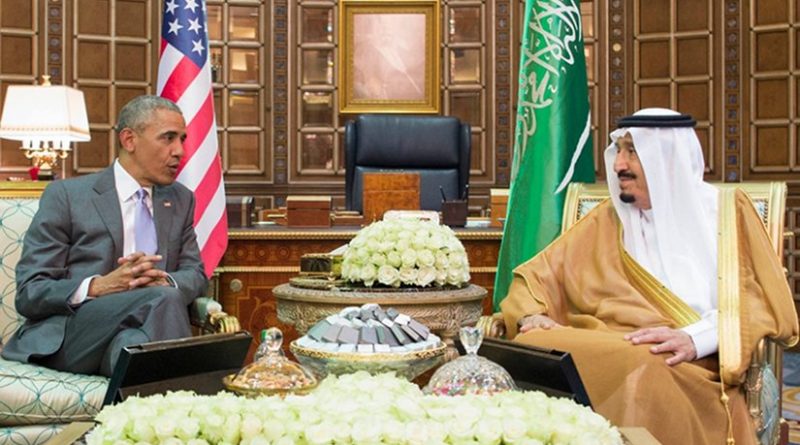 Like other longstanding American relationships in the Middle East, the ties between Washington and Riyadh have nothing to do with human rights or democracy. The alliance rests mostly on two key factors: natural resources and regional stability.

First, in addition to being the Custodian of the Two Holy Mosques, the House of Saud is the custodian of a singular holy resource: oil. Saudi Arabia’s role as the largest exporter of the crucial fossil fuel, as well as its cultural and political influence over other six other Arab OPEC members, makes friendship with the kingdom a valuable, and seemingly indispensable, asset for a fuel-thirsty superpower.

Second, in the Cold-War era, maintaining a balance of power between Western allies such as Saudi Arabia and Turkey, and Soviet allies such as Iran and Syria, was central to US policy in the region. Making overt advances in non-aligned countries like Egypt or through intermediary forces, such as supporting Saddam Hussein against Iran, was our preferred method of balancing Soviet influence in the region. In this context, retaining Saudi Arabia as a proxy for Western influence in the Arab world was an easy policy decision. Without American patronage, the Saudis might have turned to Russia. Further, although Saudi Arabia has no formal relations with Israel, unlike Egypt after the Camp David Accords, the Saudis have never used state force against Israel, making the kingdom more palatable to Washington.

Barack Obama’s administration has departed from the policies of its predecessors in being willing to equivocate in its dealings with Saudi Arabia. Obama has shown contempt toward the diplomatic assumption that he and the Saudis will present a common foreign policy in the region. The most dramatic example of this new approach was the signing of the Iran nuclear deal, formally the Joint Comprehensive Plan of Action (JCPOA). Although he has not spurned all Saudi initiatives—he has backed the intervention in Yemen—Obama has been willing to diverge from Saudi interests, which has heightened the insecurity of Saudi leaders.

Saudi Arabia has done much to warrant Obama’s hesitation. Since the passing of King Abdullah in 2015, King Salman and Minister of Defense Mohammed bin Salman have intensified the simmering regional rivalry with Iran, attempting to counter the Shia nation in every theater in the region. Departing from post-9/11 reforms and moderations, the kingdom’s current leadership is now committed to either ignoring or supporting extremist Sunni theology.

Earlier this year Saudi Arabia suspended funding for the Lebanese army over the influence of Hezbollah in the country. Viewing the Houthis in Yemen as a proxy of Iran, Saudi has led an intervention in the country, generating accusations of war crimes against civilians in the process. In Saudi Arabia’s defense, Iran financially supports Hamas and maintains close ties with Hezbollah. The country has also played an enlarged role fighting the Islamic State in Iraq and Syria—often aligning with US interests. However, the extent of Iran’s role in Yemen is debatable. Nonetheless, German intelligence labels Saudi Arabia’s newfound activism in the region as “impulsive intervention.”

In the past two weeks, Congress has adopted a contradictory posture toward Saudi Arabia. It has pressed for both the declassification of a report that details the potential Saudi connection to the 9/11 attacks and on human rights violations within the Kingdom. It also overrode an Obama veto for the first time to pass a bill allowing the families of 9/11 victims to sue the Saudi government as a potential enabler of the attacks. At the same time, Congress blocked an attempt to undermine a $1.15 billion sale of military tanks to Riyadh.

In the post-Cold War world, the interests of Riyadh and Washington have increasingly diverged in the region. Obama is a pivotal figure. His term straddled the Arab Spring and the negotiations to end Iran’s nuclear program. The next administration must operate in a post-Arab Spring, post-Iran nuclear deal Middle East. If context, and not ideology, justified American ties with Saudi Arabia, new rationales must be found in this new regional context.

The first justification for the Washington-Riyadh relationship, the politics of oil, will undoubtedly remain an important factor for years to come. However, US per-capita consumption of foreign oil has been steadily decreasing for decades, with 2014 levels below 1994 levels. The declining importance of foreign oil for the US economy will allow future US presidents more room for policy divergence with foreign producers, such as Saudi Arabia.

The second justification, maintaining regional stability, is now an illusion. A nation or a region is politically “stable” when it is unlikely to change. In the context of the Cold War, where Western-approved dictators ruled largely docile publics, maintaining the status quo meant policy predictability. However, in the modern Middle East where Syria, Iraq, Lebanon, Libya, and Yemen have no effective centralized government that can control the entire state territory, maintaining the status quo means prolonged violence and a proliferation of failed states. And although the Syrian civil war has given Russia a larger foothold in the region than Washington would prefer, Vladimir Putin is a far cry from reaching Soviet-era levels of patronage in the region.

If the next administration continues to free US Middle East policy from its Saudi-centric, Cold-War-era thinking, Washington will find that it has more flexibility in making a strategic approach to Iran, advancing human rights in the region, and effectively countering political and religious extremism, whether Sunni, Shia, or any other variety.

The current US presidential campaign debate on Middle East policy has focused disproportionately on the US response to the Islamic State (ISIS or IS). This series will focus instead on five alternative Middle East policy challenges facing the next president. This fourth part discusses the US-Saudi special relationship. See part one on Iraq, part two on Tunisia, and part three on Egypt.

*Ryan J. Suto is a writer on the United States and the Middle East. He graduated from Syracuse University’s Law and Public Diplomacy program, where he received certificates in Middle Eastern affairs, international law, and post-conflict reconstruction.