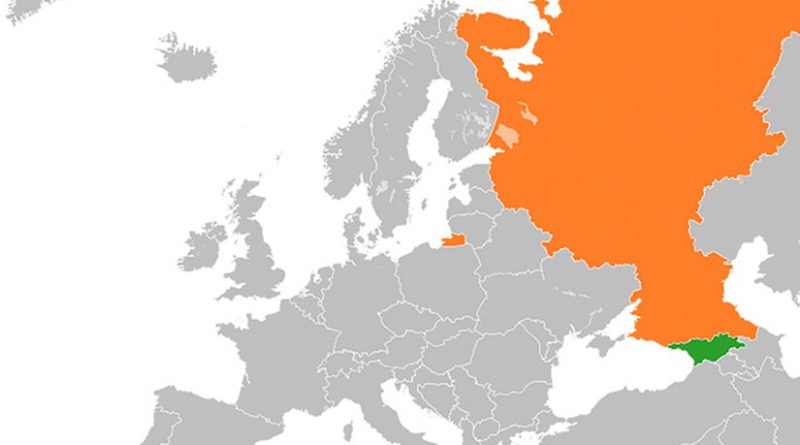 The Georgian and Russia Foreign Ministers (David Zalkaliani and Sergey Lavrov respectively) met for the first time in the 11 years since the outbreak of the Russo-Georgian war in 2008.

As the meeting was unannounced, many in Georgia feared that State interests were at risk. While the opposition threw accusations at the ruling party, this level of dialogue should not be seen solely in negative terms. A “direct line” between the two FMs can limit the level of tensions existing between the two countries, particularly after the Tbilisi June protests against a Russian lawmaker addressing the Georgian Parliament in Russian.

Following the Tbilisi protests, communication naturally needed to be made between Moscow and Tbilisi to de-escalate the situation. Furthermore, lately there have been tensions along the occupation line in the Tskhinvali region where Ossetian separatists are creating additional military positions with a high concentration of military personnel.

However, it is not only about Georgian willingness to meet. The Russians too were interested, as despite direct flights between Georgia and Russia being banned as of July 8, Russian citizens have still chosen to enter Georgian territory- on land (the Kazbegi route) or via a third country (most often Armenia and Belarus). For Moscow, it was important to have assurances from the Georgian side regarding the security situation inside the country.

At the same time, it is improbable that the two sides met to discuss larger, geopolitical issues such as Georgia’s accession to the EU/NATO. The meeting was most likely was convened because of smaller and much more immediate difficulties in bilateral relations. Even before the meeting, there were hints in Russian media that the flights between the two countries would be restored.

The need to meet the Russians was well reflected in a cautious comment from Georgian PM Giorgi Gakharia when he said “…that this meeting, which was held at the headquarters of the UN General Assembly, will promote finding a solution to the most difficult problems between Georgia and Russia.”

In fact, the meeting, whoever the initiator, was welcomed by Georgia’s western partners. The United States showed support, while also emphasizing that it stood by Georgia’s sovereignty and territorial integrity, and urged Russia to end its illegal occupation and decrease tensions along the Administrative Boundary Line (ABL).

The EU also supported the initiative, stating that “dialogue is key for a peaceful dispute settlement, which the European Union fully supports.”

Though, the larger issues were probably not discussed, the meeting is nonetheless an important event and it is possible that one of the outcomes will be a reinvigoration of the Geneva Discussions. Problems surrounding “the Geneva Talks” have been well-evident. Tens of meetings have been held on an annual basis, with few results.

Thus, the first meeting of the Georgian and Russian FMs should not be considered as harmful to Georgian state interests: only small-scale problems were addressed, while large, geopolitical problems remain.

One should also consider that since 2014, for Russia, Georgia is of rather second or even third tier importance. Ukraine and problems in the Middle East are attracting all of Russia’s attention, and developments on those fronts could influence Moscow’s approach to the South Caucasus. For the moment, there is a certain “imperial aloofness,” with Moscow in no rush to address the Georgian problem since it is unlikely that major progress can be made on Tbilisi’s accession plans to the EU/NATO.

However, it is possible that the “Zalkaliani-Lavrov” meeting could set a precedence for future meetings between Georgian and Russian high level officials beyond the ill-mentioned Geneva format.

Home » A Simple Story Of The Zalkaliani-Lavrov Meeting – OpEd