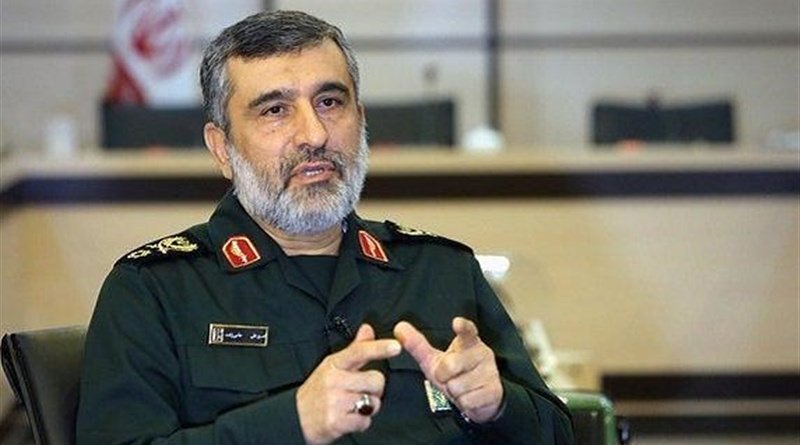 In a televised program on Monday night, General Hajizadeh said Iran had come up with the idea of underground storage of missiles more than three decades ago as part of a plan to hide and shield its missile capabilities from the enemies.

The commander said the idea of “underground missile cities” in Iran was developed in 1984, even before the country took delivery of the first foreign missile.

He said the construction of subterranean tunnels has been in progress “round the clock” since the first tunnel was dug in 1984.

“Very complex tunnels have been dug under the ground and mountains to store ammunition, missiles, equipment and even (protecting) personnel,” the commander added.

General Hajizadeh also noted that Iran is among a handful of countries with the know-how to design and manufacture missiles with pin-point accuracy.

“We are the top missile power in the region at present, and among the seven or eight leading countries (in the missile industry) in the world,” he added.

The IRGC general also unveiled plans for the production of a homegrown radar system that could lock onto and destroy targets when in motion, unlike the conventional stationary radars.

In October 2015, when pictures from the first Iranian missile city dug some 500 meters under a mountain were broadcast, Brigadier General Hajizadeh had announced that the facility was only one of the numerous bases scattered across the country.

The IRGC said later that what was shown in October 2015 was footage from its “oldest” warehouse for stockpiling missiles. Commanders also said that the Iranian guided missiles, with a range of 2,000 kilometers and pinpoint accuracy, can annihilate any fixed or mobile base at any distance with a zero margin of error.Around 3 months later, the IRGC Aerospace Force made public another missile city. Seen among the gear stored in a seemingly impregnable mountain base are the country’s “Emad” long-range ballistic missiles on their launch vehicles parked along an underground tunnel.