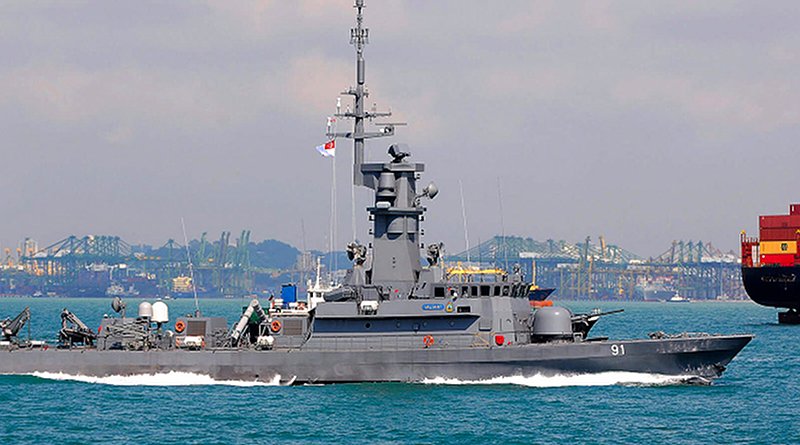 As the Pacific waters are increasingly becoming unstable geopolitically, the city-state of Singapore is focusing more on strenghtening its naval capabilities in order to protect its interests in the regional waters. With the aim of withstanding any potential assault by a bigger regional navy, Singapore is acquiring new naval assets, including submarines.

The Republic of Singapore Navy (RSN) is acquiring four Type-218SG submarines from Germany. This procurement is expected to boost the operational capabilities of Singpore’s submarine fleet and combat capabilities of the RSN as a whole. Keeping in mind the shallow and busy waters surrounding Singapore’s coastlines, these new Type-218SG submarines are specifically customised for Singapore so that they do not face any difficulties when operating in the congested waters. The ability, capacity and durability of these new submarines will be far superior than the existing vessels in the RSN’s submarine fleet. They can carry between 18 to 21 torpedoes, and an Air Independent Propulsion system means they can stay underwater for long periods without having to surface. Importantly, upgrade options include long-range missiles for carrying out offensive strikes with minor modifications. Singapore’s acquisition of submarines decades ago had suprised many owing to the offensive nature of submarines, essentially as the primary role of a submarine is to destroy enemy targets and conduct surveillance on foreign coasts to gather vital intelligence as opposed to surface navy vessels which generally play both peacetime and wartime roles.

Alongside the acquisition of Type-218SG submarines, Singapore is also procuring the Joint Multi-Mission Ships, which have the potential to launch limited aircraft carrier operations. It is also actively introducing unmanned platforms into its armed forces’ arsenal, including procurement of new navy vessels which will have unmanned aerial vehicles (drones) and unmanned vessels to allow the RSN motherships to preempt enemy’s threats.

This expansion of the RSN’s submarine force and the acquisition of limited aircraft carrier capabilities could indicate Singapore’s intention to play a far more active role in the region than it currently does.

With an aim to strengthen its dominance in the South China Sea (SCS) and the Indo-Pacific, China has been constantly boosting its naval capabilities through regular procurement of aircraft carriers and submarines. In order to counter China in their region, several Southeast Asian countries appear to be following a similar trajectory as that of Singapore. In particular, they are focusing on acquiring new submarines to enhance their naval capabilities, alongside acquiring other naval assets. For example, Indonesia is adding six new attack submarines, and Vietnam too has already acquired six submarines from Russia. Similarly, the President of the Phillipines, Rodrigo Duterte, approved a plan to acquire two submarines and a number of other vessels as part of its naval modernisation efforts. The number of submarines in the arsenals of the Southeast Asian navies has increased by 300per cent in last 20 years, with an increase in numbers from four to 16. With four more additions expected, the increase will signify a 400 per cent increase.

It is also worth noting here that Australia, India, and Japan, with the US, are in the process of shaping a latent alliance, known as the Quadrilateral, which could be deployed to counter China’s rising military expansion.

While the China threat remains at the centre of Southeast Asian naval expansion, Malaysia remains another concern for Singapore. The two countries share a turbulent relationship since the time of Singapore’s independence from Malaysia in 1965. Their realtionship further deteriorated when in 2018, Malaysia stated its plan to further stretch the border of its Johor Bahru port into a maritime territory over which Singapore too claims sovereignty. The Malaysian navy’s recent ‘15 to 5 Transformation Program/Plan’—aimed at standarising its naval capabilities through reduction in the classes of ship from 15 to 5—has further perturbed Singapore.

Thus, Singapore’s plan to bolster its naval capabilities through procurement of these advanced vessels has dual aspects. First, of keeping up with the pace of other regional navies, and second, to deter alongside friendly navies, any potential threat from larger navies like those of China and, to a lesser extent, Malaysia.

*Bahauddin Foizee is a geopolitical analyst and international affairs columnist, focusing on the Asia-Pacific/Indo-Pacific and the Middle East.