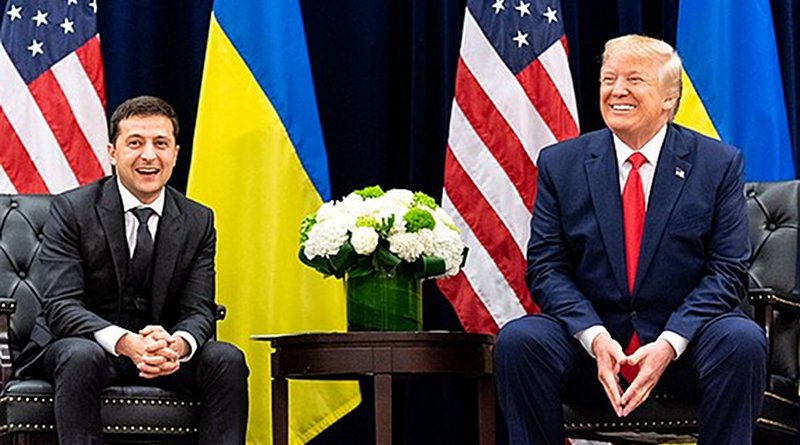 When the squalid, absurd and occasionally hilarious accounts are compiled by a sober mind, the Trump administration will stand out as much gargoyle with more than a touch of paranoia. But there will be one thing that might save the man who has given an era his name: The fact that there were those out to get him from the start.

Since becoming president, every establishment figure and manifestation of power has come to the conclusion that Donald Trump must go. Policy has ceased to be; political visions have been held up in a trove, stratifying into redundancy. The Democrats find themselves transfixed by an urge to discover an error in the universe rather than repair defects closer to home. To explain their catastrophic defeat in 2016, they have treated US politics as a vast play of whodunit. Trump could never have been justifiably elected, and so it follows that a ventriloquist or some grand puppeteer is operating.

When that particular made-in-Russia figure is not involved, it is Trump the grand contriver, seeking the assistance of his officials to investigate the origins of the Mueller investigation, and those who sparked it. Every good (or bad) investigation, it follows, deserves another.

In the last two weeks, it has transpired that the executive office of the US has been used, to varying degrees, to solicit favours from another country (Ukraine) to investigate aspiring presidential candidates and their offspring (Joe Biden and son Hunter) regarding a potential Kiev connection. The picture is larger than Biden-styled corruption, of which much can be said. What has unfolded is an effort by Trump’s attorney general, William P. Barr, and his own lawyer, Rudi Giuliani, to investigate those who have investigated Trump, legal vaudeville of stage-like proportions.

Ukrainian President Volodymyr Zelensky had been asked in their July 25 phone call to scour for an absent computer server used by the Democrats that might yield information on Ukrainian interference favouring Hillary Clinton in 2016. “I would like you to find out what happened with this whole situation with Ukraine, they say CrowdStrike… I guess you have one of your wealthy people… The server, they say Ukraine has it. There are a lot of things on that went on, the whole situation.” (CrowdStrike had been hired by the Democratic National Committee in 2016 to beaver through information on who hacked their networks during the course of the election.) Efforts were duly made to restrict and suppress the fact, and contents of the call, a point made in the latest whistleblower claim.

The picture gets more colourful, with Trump, much like the amorous drunk itchy on the dial, keen to do a calling round of his familiars. There are also Italian and UK links, the former characterised by a connection with academic Joseph Mifsud, who has managed to find his way into the Russian-connection Hall of Fame. But an Australian angle stands out, and while it would be remiss to dismiss all the president’s fears of an effort to unseat him (one is being commenced by the House Democrats), the antipodean chain is bound to induce some chuckles.

In May 2016, then Trump foreign policy advisor George Papadopoulos had a meeting with Australia’s UK High Commissioner Alexander Downer at the Kensington Wine Rooms in London. For those familiar with Downer, he remains a fairly insipid character with patrician pretensions, whose stint as Australian foreign minister was essentially one of pedestrian filling during the Howard years. It proved to be a meeting of two irrelevances who deigned to avoid the extensive wine list; gin and tonic was their preferred libation.

Downer’s tongue, and self-importance, had been loosened sufficiently to relay the contents of his discussion to the US chargé d’affaires in London. The reason? Papadopoulos’s boastful claim, furnished by Mifsud, that the Trump campaign had damaging, Russian sourced material on Clinton, though neither men seem to recall the word “emails” mentioned, despite the New York Times suggesting so in its December 2017 account. Whatever actually transpired, the meeting proved to be the genesis of the Mueller investigation into the Russia-Trump nexus in the 2016 elections.

The incident was something that surprised the then Australian prime minister, Malcolm Turnbull, when the Federal Bureau of Investigation called on officials in Canberra to pursue the matter. But since then, the terrier in Trump has been intoxicated by a fantasy that Downer was a sturdy plant, urged on by Papadopoulos’s thesis that the Australian was an operative of Britain’s MI6, aided by the Australian Secret Intelligence Service. Narcissism has a tendency of inflating threats.

That meeting has gained a new lease of life. Australian prime minister Scott Morrison, recently in the United States, was called by Trump as part of Barr’s effort to marshal cooperation in investigating the workings of US law enforcement and intelligence behind the 2016 campaign. The New York Times did not miss the humour of this. “In making the request – one of many at Mr Barr’s behest – Mr Trump was in effect asking the Australian government to investigate itself.”

Australia’s response has been deferential. When an Australian prime minister is courted by the US commander-in-chief, it is only important to ask one question: how high the requested jump might be. In the words of a spokesman for Morrison, “The Australian government has always been ready to assist and cooperate with efforts that help shed further light on the matters under investigation. The PM confirmed this readiness once again in conversation with the president.”

When Trump got the keys the White House, one thing was certain in what was otherwise a storm of uncertainty. The presidency would be turned into a studio, its assisting staff part of a production team of some fantasy and much absurdity. The business, transactional model of statecraft lends itself to personal touches, violent outbursts and sigh filled reconciliations. Much of it is childish, the adolescent-in-chief as protagonist seeking explanation and reassurance. But whether these efforts to ring and needles allies for the sake of domestic politics constitute abuses in law is a separate question from whether they are farcical manifestations of power. President Richard Nixon’s words seem to be summoned with ghostly relevance, mentioned in a moment of agitation to British journalist David Frost in 1977: “when the president does it, that means that it is not illegal.”

Home » The President Did It: Donald Trump’s Phone Around – OpEd