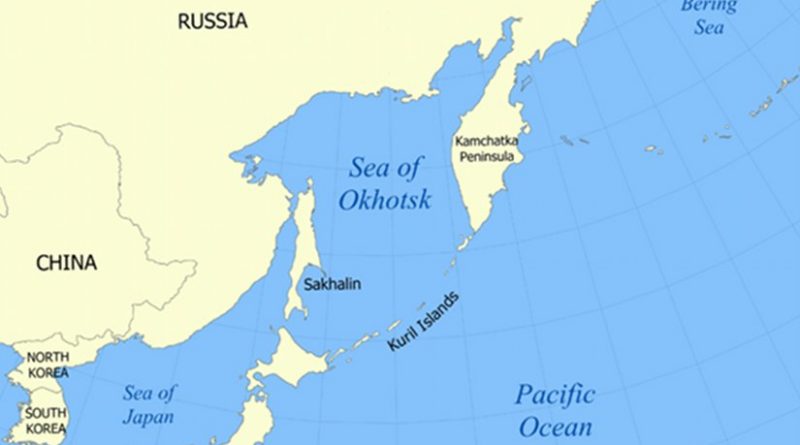 By Shamshad A Khan*

Japan and Russia have prepared the grounds to resolve their territorial dispute, which has lingered since the end of World War II, without a peace treaty. President Vladimir Putin will visit Japan on 15 December 2016 for a Russia-Japan summit meeting and the territorial issue will be discussed with Prime Minister Shinzo Abe in Yamaguchi, Abe’s home constituency.

In the past, Japan and Russia have taken various efforts to resolve this issue but no Japanese leader has sounded as confident as Prime Minister Abe regarding the resolution of the dispute. In a recent policy speech, Abe stated that he will “resolve the territorial issue,” conclude a “peace treaty” with Russia and “cultivate the major possibility of Japan-Russia cooperation in areas such as the economy and energy”. It is apparent from Abe’s remarks, during 15 recent meetings between the two leaders at different venues, that the two countries have laid down a broad framework for the resolution and a formal announcement of it is likely to be made after the summit meeting in December.

The upcoming talks are taking place against the background of both countries showing some flexibility on their long-held stance on the contested territory. In 1956, Russia has offered to hand over the two smaller islands, Habomai islets and Shikotan island off-Hokkaido, to Japan while retaining the two bigger islands, Kunashiri and Etorofu. Japan’s political leadership was amenable to accept the Russian offer but following protests by a section of Japan’s domestic constituency, they pressed for the return of the four islands simultaneously. A stalemate continued between the two countries during the Cold War as both stuck to their respective demands. Since the end of the Cold War, the two countries have engaged in several rounds of inconclusive talks.

In September 2016, President Putin and Prime Minister Abe agreed that the resolution should be based on the principle of ‘hiwiwake’, a term for draw in Judo. This was interpreted in Japan as dividing the contested territory into half of the total geographic area since the two islands offered to Japan constitute only 7% of the contested territory. This, however, has not been the Russian understanding. Russia states that it would hand over the two smaller islands to Japan out of ‘goodness of its heart’ but this would be conditional to the conclusion of a peace treaty.

Japan has adopted a ‘two track’ approach to break this stalemate. It agrees to accept the two smaller islands from Russia and to negotiate the remaining two later. This is also an effort by the Japanese leadership to assuage the concern of its domestic constituency, especially the people who were displaced from the four islands after the Russians gained control of the territory following World War II. The displaced population from the Northern Territories (known as Kuriles Island in Russia) has been pushing governments of both countries to address their demand to go back to their “homeland”. Through a resolution, Tokyo would be able to fulfill this demand and also boost Prime Minister Abe’s and the Liberal Democratic Party’s popularity for the next elections. Japanese entrepreneurs, so far unenthusiastic to invest in Russian markets, would be keen to increase their footprints in the Russian market following a resolution.

A resolution is also in Russia’s interest. First, a mutually agreed settlement will ease Russian efforts to develop infrastructure on the territories. In the past Japan had objected to a Russian bid to involve South Korean and Chinese companies in the infrastructure projects; Japan argued that the territories were under its sovereignty and forced the participating companies to reconsider their bid. Second, Russia has been in search of new markets for its liquefied natural gas (LNG) following a fall in demand in the recession-hit Europe. Post-Fukushima, LNG demands have been high in Japan as most of its nuclear reactors remain dormant. Third, Russia is also trying to improve its image following the Ukrainian crisis and the annexation of Crimea. By concluding a peace treaty that includes an exchange of islands, Russia wants to soften its expansionist image and wants to show the world that it is ready to live amicably with its neighbours.

The discussion between Japan and Russia, scheduled in December 2016, to resolve the territorial dispute is not the first and neither will it be the last. However this time the talks are taking place at a time when a consensus has emerged among the Japanese political parties, backed by their domestic constituency, to adopt a ‘two track’ approach to resolve the dispute. This gives Japan the hope that it will get the two islands for sure. Moscow has however expressed a stiff stance on the other two islands and is unlikely to be ready to lose its hold on them. A deal would, however, ease tensions between Japan and Russia and also bring amity and peace in the region.

*The contributor, until recently, was a Senior Researcher at Keio University’s Keio Research Institute