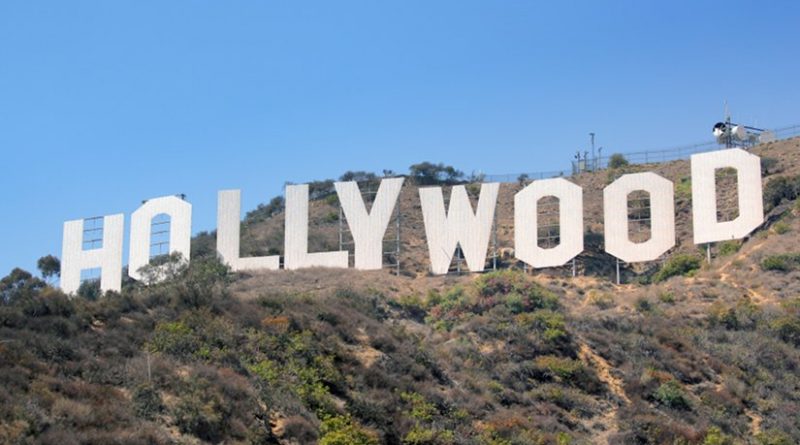 Director and producer Brett Ratner has been accused of sexual harassment by six women, according to a report published Wednesday, November 1 by the Los Angeles Times.

Natasha Henstridge was watching a movie on Brett Ratner’s couch when she fell asleep. She was a 19-year-old fashion model; he was an up-and-coming music video director in his early 20s. They had been hanging out in front of the TV with friends at his New York apartment.

But when Henstridge woke up, the others had left. She was alone with Ratner. She got up to leave, Henstridge said, but he blocked the doorway with his body and wouldn’t budge. He began touching himself, she said, then forced her to perform oral sex.

“He strong-armed me in a real way. He physically forced himself on me,” she said. “At some point, I gave in and he did his thing.”

Ratner, through his attorney Martin Singer, disputed her account.

Since that incident in the early 1990s, Henstridge has found success as an actress — starring in the films “Species” and “The Whole Nine Yards.” But she said she has carried the memory of the run-in with her, and watched from afar as Ratner became one of Hollywood’s most powerful players — directing, producing or financing dozens of today’s biggest box-office hits, including “Rush Hour,” “X-Men: The Last Stand,” “The Revenant” and “Horrible Bosses.”

As hundreds of women have come forward in recent weeks with allegations of sexual misconduct at the hands of producer Harvey Weinstein, director James Toback and numerous other powerful men, Henstridge decided she would no longer remain silent.

In interviews with the Los Angeles Times, Henstridge and five other women accused Ratner of a range of sexual harassment and misconduct that allegedly took place in private homes, on movie sets or at industry events.

As is often the case, none of the women reported the allegations to the police.

“I have represented Mr. Ratner for two decades, and no woman has ever made a claim against him for sexual misconduct or sexual harassment,” Singer said in a 10-page letter to The Times. “Furthermore, no woman has ever requested or received any financial settlement from my client.”

Olivia Munn said that while visiting the set of the 2004 Ratner-directed “After the Sunset” when she was still an aspiring actress, he masturbated in front of her in his trailer when she went to deliver a meal. Munn wrote about the incident in her 2010 collection of essays without naming Ratner. On a television show a year later, Ratner identified himself as the director, and claimed that he had “banged” her, something he later said was not true. The same year her book was published, Munn ran into Ratner at a party thrown by Creative Artists Agency and he boasted of ejaculating on magazine covers featuring her image, she told The Times.

She said that persistent false rumors that they had been intimate have infuriated her, prompting her to talk to The Times in support of other women who are “brave enough to speak up.”

“I’ve made specific, conscientious choices not to work with Brett Ratner,” Munn said.

“It feels as if I keep going up against the same bully at school who just won’t quit,” she said. “You just hope that enough people believe the truth and for enough time to pass so that you can’t be connected to him anymore.”

Actress Jaime Ray Newman said Ratner put it more bluntly to her, explaining in vulgar terms that he needed sex — not alcohol or drugs.

Newman said she encountered Ratner in 2005 when they were both in first class on an Air Canada flight. The filmmaker swapped seats with his assistant before departure so he could be next to her, she said. Newman, who was on her way to shoot her first major acting role on the TV show “Supernatural,” was excited to talk with a “famous director” about to helm “X-Men: The Last Stand,” she said.

Within five minutes of the plane taking off, she said, Ratner began loudly describing sex acts he wanted to perform on her in explicit detail. He also showed her nude photos of his then-girlfriend, said Newman, 39, who stars on Netflix’s forthcoming “The Punisher.”

“He was graphically describing giving me oral sex and how he was addicted to it,” she said.

Newman said she was so shaken by the encounter that she immediately told a handful of people about it. Both her mother and a friend confirmed to The Times that the actress shared details shortly after the flight.

Ratner, through his attorney, denied that the incident occurred, referring to it as a “ridiculous claim.”

Actress Katharine Towne also described an aggressive come-on by Ratner that left her so uncomfortable that she said she still vividly remembers the incident years later. She said she met the director in L.A. around 2005 at a party in a movie star’s home, where he made unwanted advances. Ratner, she said, was persistent, “making it evident that he had one motive” — to sleep with her.

“He started to come on to me in a way that was so extreme,” said Towne, 39, whose credits include the film “What Lies Beneath.” The actress, who is the daughter of “Chinatown” screenwriter Robert Towne, excused herself. Ratner followed her into a bathroom.

“I think it’s pretty aggressive to go in the bathroom with someone you don’t know and close the door,” Towne said.

She said she was nervous, and tried to make a joke about her weight: “I don’t even know what you want with me. I’m kind of chubby right now.” He was undeterred. “I like ’em chubby sometimes,” she said Ratner replied. Towne gave Ratner her number, hoping to placate him. Ratner’s assistant called her for the next six months, unsuccessfully trying to arrange a dinner for her and the filmmaker, she said.

Ratner’s attorney Singer called Towne’s account “absurd.” “Even if hypothetically this incident occurred exactly as claimed, how is flirting at a party, complimenting a woman on her appearance, and calling her to ask her for a date wrongful conduct?” Singer said.