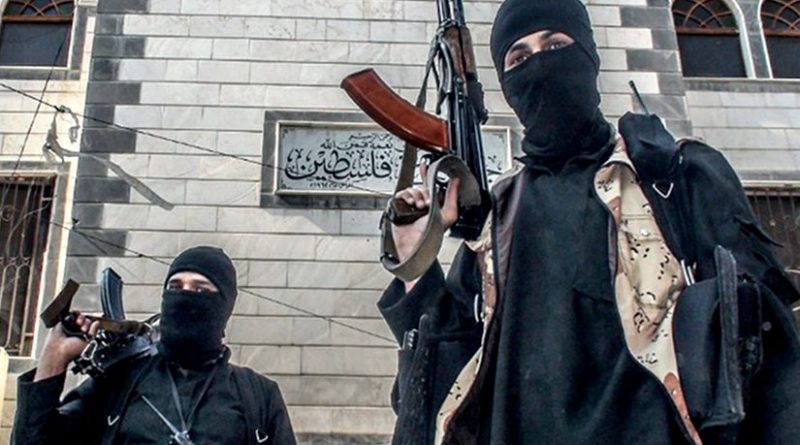 The Islamic State terror group is trying to sell a transnational image, but its future doesn’t lie West of the Middle East, according to analysts.

The group’s claims do not match its actual operational capacity, according to researchers, but the focus by Western media and politicians of IS-inspired or directed attacks on civilians in America and Europe is obscuring the limits of the terror group’s reach.

According to the Terrorism Research and Analysis Consortium, the future of the jihadist terror group lies mostly east of the Levant and not in Western cities as the center of the gravity of its operations shifts to the Philippines and Asia.

In an exhaustive study of attacks claimed outside Iraq and Syria from May to September for the past three years, TRAC found a disparity between IS’s worldwide propaganda campaign and actual attacks.

“IS’s highlighting of terror attacks against civilians in Western Europe, and the mainstream media’s obsession with those attacks, serves to obscure important aspects of Islamic State strategy,” said Veryan Khan, TRAC’s editorial director. The consortium’s assessment “reveals as much about Islamic State’s limitations as its aspirations,” she said.

More than half of all IS claimed attacks outside the Levant are focused on just three countries: the Philippines, Afghanistan and Egypt.

“TRAC contends that these places, which receive scant Western attention, represent the narrative of IS future territory,” the research consortium says in its report “Islamic State – Outside the Caliphate by the Numbers.”

At first glance, IS’s global reach for attacks would appear to be expanding. IS propagandists claimed 21 attacks in seven countries from May 20 to September 22, 2015. The following year for the corresponding four-month period they claimed 80 attacks in 21 countries.

The number of attack claims nearly tripled in 2017 with 222 in 21 countries, but 175 of them, account for 80 percent, occurred in just three countries, the Philippines (99 claims), Afghanistan (43 claims), and Egypt (33 claims). In the case of those three countries, just three areas in them accounted for 115 of the 222 claimed attacks, Marawi city in Philippines’ Autonomous Region of Muslim Majority, Nangahar province in Afghanistan and Egypt’s upper Sinai.

IS also appears to be unable to maintain attacks in several countries. During 2017 the group could not claim repeat attacks, either directed or inspired in 10 countries that had seen attack claims in 2015, Bangladesh went from six claims in 2016 to none in 2017; Saudi Arabia had three in 2015 but none since.

“The inability to repeat attacks in the same location summer after summer highlights the Islamic State’s lack of sustainability,” the TRAC argues.

The number-crunching by TRAC provides an alternative picture about IS’s likely future. Western media coverage focuses on claimed attacks in Europe and America, understandably as those attacks are occurring in their own backyard, but it boosts the IS threat and often fails to provide context.

In 2017, Britain topped the newcomer’s list with three high-profile claimed attacks, which received more attention in the Western media than the siege of Marawi in the Philippines, and the nearly 70 claimed attacks in the country.

Western intelligence agencies say there will be more IS-linked attacks in the West for the foreseeable future, despite the shrinking of the territory the jihadist group controls in the Levant, where it has lost all its urban strongholds and is now confined to the sparsely-inhabited border territories between Iraq and Syria.

Analysts say the so-called Caliphate was useful in the marketing of IS and attracting foreign recruits, as well as allowing the group to differentiate itself from rival al-Qaida, which opposed the setting up of an Islamic state and ridiculed the group’s leader Abu Bakr al-Baghdadi’s self-appointment as caliph.

Now one of the only ways for the terror group to remain relevant and to try to continue to outshine its jihadist competitor al-Qaida, say French and Belgian intelligence officials, is to strike the West as frequently as it can. But officials are taking some consolation in the fact that most attacks claimed by the group in the West have been inspired, rather than directed or organized by IS.

“We may look back at the coordinated November 2015 Paris attacks and identify them as the high point in the IS threat in the West,” a senior British intelligence official told VOA.

He added, “What we have seen since are mainly low-tech, opportunistic incidents by lone wolves. That may not be any comfort to the public, but in an odd way it should be. My longer-term concern is what we can expect from al-Qaida, which is re-grouping and has the patience and depth of operatives to pull off spectacular strategic attacks.”