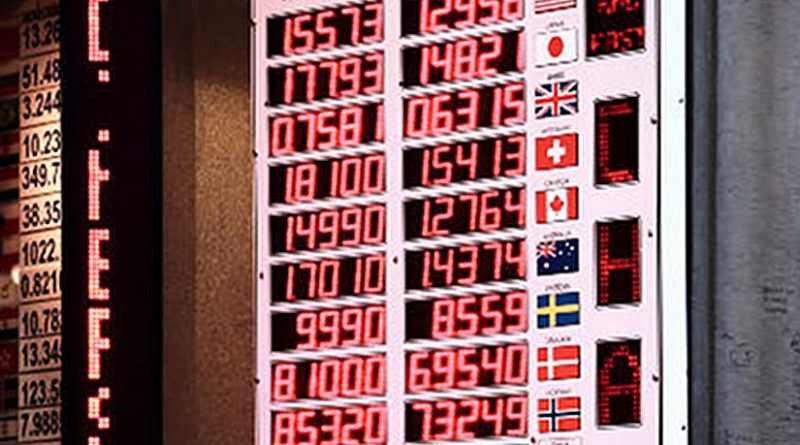 How are East Asian stock exchanges reacting to North Korea’s sabre rattling? For the region’s markets, the following equation seems to apply: the more North Korea conducts nuclear and missile tests, the better.

By Mikio Kumada and Michael Raska*

North Korea has significantly increased the number of missile tests this year, while rejecting the latest round of UN Security Council sanctions as well as the “military option” warnings from Washington. In September 2017, Pyongyang escalated tensions to a new level by firing two long-range missiles that flew over Japan, conducting a hydrogen bomb test, and then boasting about “sinking” the Japanese archipelago into the Pacific a wave of nuclear attacks.

As tensions on the Korean Peninsula reached their peak in October, the stock market indices in the Far East climbed to new record highs. Technically, the market exhibits a remarkably strong positive momentum, which suggests that longer-term bull market phase has begun. Furthermore, Asia’s markets are not simply following the global economic upswing, but outperforming.

The strength of East Asia’s equity markets this year becomes particularly evident when compared to those of North America, Western Europe and Japan. Since the beginning of this year, the MSCI Korea Index in US dollars has surged close to 40 percent, while the MSCI Far East Index in US dollars has increased about 33 percent. That compares to about 20 percent, 14 percent, and 13 percent for the equivalent stock market indices of Europe, Japan, and United States, respectively (all translated in US dollars for comparative purposes).

From a macroeconomic point of view, Asia is booming. Even the mature economy of Japan is performing very well – in the second quarter of the year, Japan’s gross domestic product rose at annualised rate of 2.5%, exceeding its own potential growth rate more than three times. The earnings growth of its stock market-listed companies is more than twice the global average, while exports have been recording double-digit gains, with shipments to Asia increasing most sharply. In economic terms, Japan’s is certainly nowhere near “sinking” into the Pacific, figuratively speaking.

Similarly, stronger domestic growth and rising stock markets are evident across the Far East and the world. In fact, the second quarter of 2017 marked the first in which all top ten economies reported positive growth rates for the first time since 2013.

On the one hand, the positive economic and market trends may provide an important argument as to why hardly anyone in the business world takes North Korea’s sabre rattling seriously. In this view, East Asia’s stock markets, which had been generally lagging the West and Japan over most of the past five years, are now simply catching up. However, the pronounced strength of the Far Eastern indices may imply that a benign geopolitical outcome on the Korean Peninsula is in the making.

As a crowd, investors seem to have a clear vision: the current security developments on the Korean Peninsula are not leading toward a destructive war, but a pragmatic recognition of North Korea’s nuclear status. In this viewpoint, North Korea’s current crisis escalation may paradoxically signal a willingness to engage in a process that points toward some form of a negotiated settlement, enabling a breakout from the current geopolitical deadlock.

Restarting talks with North Korea amid conditions of strategic distrust and varying geostrategic interests would of course not be a straightforward deal. However, potential realistic goalposts for restarting talks would include establishing crisis prevention mechanisms and communication links with Pyongyang to mitigate any potential escalation pressures or miscalculations.

Subsequently, realistic benchmarks for reaching an agreement with Pyongyang would entail arms limitations, rather than complete and irreversible denuclearisation. In this context, North Korea would agree to halt and scale down its nuclear and missile programme, in exchange for easing of sanctions, de facto regime recognition, and security guarantees by the US and South Korea. In the long-term, a negotiated settlement would envision ways to increase economic integration and investment in North Korea with a potential for a peace treaty.

It is perhaps worth remembering that when the People’s Republic of China took its first steps toward opening-up its economy in the 1970s, in many respects it appeared no less radical and isolated than North Korea is today. Engaging it through varying economic incentives, rather than only through diplomatic and military strangulation, may offer political outcomes that would de-isolate Pyongyang.

If Washington, Pyongyang and the other stakeholders can align their strategic choices to successfully overcome more than 60 years of Cold War confrontation, the current wave of nuclear tensions will be largely forgotten a decade from today. Instead, in the not too distant future, American tourists may be booking their next vacation to visit the legendary Mt. Paektu, possibly using an app on a brand-name smartphone manufactured in a North Korean special economic zone.