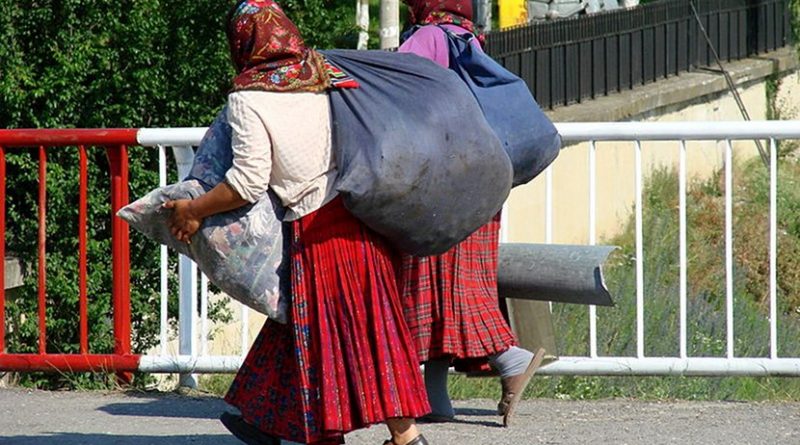 A decade of slow but steady progress on improving parity between the sexes came to a halt in 2017, with the global gender gap widening for the first time since the World Economic Forum’s Global Gender Gap Report was first published in 2006.

The findings in this year’s report show that, overall, 68% of the global gender gap has been closed. This is a slight deterioration on 2016 and 2015, when the gap was 68.3% and 68.1%, respectively. Behind the decline is a widening of the gender gap across all four of the report’s pillars: Educational Attainment, Health and Survival, Economic Opportunity and Political Empowerment. These latter two areas are of particular concern because they already carry the largest gaps and, until this year, were registering the fastest progress.

At the current rate of progress, the global gender gap will take 100 years to close, compared to 83 last year. The workplace gender gap will now not be closed for 217 years, the report estimates. But with various studies linking gender parity to better economic performance, a number of countries are bucking the dismal global trend: over one-half of all 144 countries measured this year have seen their score improve in the past 12 months.

“We are moving from the era of capitalism into the era of talentism. Competitiveness on a national and on a business level will be decided more than ever before by the innovative capacity of a country or a company. Those will succeed best, who understand to integrate women as an important force into their talent pool,” said Klaus Schwab, Founder and Executive Chairman, World Economic Forum. At the top of the Global Gender Gap Index is Iceland. Having closed nearly 88% of its gap, it has been the world’s most gender-equal country for nine years. The gap between Iceland and the second-placed country, Norway, actually widens as both Norway and third-placed Finland saw their gaps widen this year. The top five is completed by Rwanda (4) and Sweden (5). The next two countries in the Index, Nicaragua (6) and Slovenia (7), also achieve symbolic milestones this year closing 80% of their gaps for the first time. Ireland (8), New Zealand (9) and Philippines (10) make up the top 10.

“In 2017 we should not be seeing progress towards gender parity shift into reverse. Gender equality is both a moral and economic imperative. Some countries understand this and they are now seeing dividends from the proactive measures they have taken to address their gender gaps,” said Saadia Zahidi, Head of Education, Gender and Work, World Economic Forum.

Western Europe remains the highest-performing region in the Index with an average remaining gender gap of 25%. The region is home to four of the global top five countries in the Index – Iceland (1), Norway (2), Finland (3) and Sweden (5) – highlighting the continued progress of the Nordic countries in closing their overall gender gaps. At the bottom ranks of the region are Greece (78), Italy (82), Cyprus (92) and Malta (93). Out of the 20 countries in the region covered by the Index this year, nine have improved their overall score since last year, while 11 have seen it decrease.

North America has a remaining gender gap of 28%, the smallest after Western Europe. Both Canada (16) and the United States (49) have closed more than 70% of their overall gender gap.

Eastern Europe and Central Asia has closed on average 71% of its gender gap. Three countries from the region rank in the global top 20: Slovenia (7), Bulgaria (18) and Latvia (20). The bottom ranks are made up of Armenia (97), Azerbaijan (98) and Hungary (103). Out of the 26 countries from the region covered by the Index this year, 18 countries have increased their overall score compared to last year, while eight have decreased their overall scores.

The Latin America and Caribbean region has an average remaining gender gap of 30%. The region is home to two of the top 10 fastest-improving countries in the world since 2006: Nicaragua (6) and Bolivia (17). Brazil is one of five countries to have fully closed their educational attainment gender gap, despite ranking 90 overall. The lowest-performing countries in the region are Paraguay (96) and Guatemala (110). Of the 24 countries covered by the Index in the region this year, 18 have improved their overall score compared to last year, while six have regressed.

The East Asia and Pacific region has closed on average 68% of its gender gap. With New Zealand (9) and the Philippines (10), the region is home to two of the global top 10 performers. However the region’s larger economies perform less well: with China ranking 100 and Japan and the Republic of Korea ranking 114 and 118, respectively, it is clear that their remains much economic upside from making a more pronounced effort towards gender parity.

Sub-Saharan Africa displays a wider range of gender gap outcomes than any other region, with three countries; Rwanda (4), Namibia (13) and South Africa (19) in the global top 20, as well as many of the lowest-ranked countries in the Index, such as Mali (139) and Chad (141). Of the 30 countries from the region covered by the Index this year, 13 countries have increased their overall score compared to last year, while 17 have seen it decrease.

South Asia has an average remaining gender gap of 34%. Bangladesh (47) is the only country in the region to feature in the top 100, with India ranking 108 and Pakistan 143. Of the seven countries from the region included in the Index this year, three countries have increased their overall score compared to last year, while four have seen it decrease.

The Middle East and North Africa is the lowest-ranked region in the Index with an average remaining gender gap of 40%. In addition to Israel (44), the region’s best-performing countries are Tunisia (117), the United Arab Emirates (120) and Bahrain (126). The region is home to four of the world’s five lowest-ranking countries on Political Empowerment – Kuwait (129), Lebanon (137), Qatar (130) and Yemen (144). However out of the 17 countries covered by the Index in the region this year, 11 countries have improved their overall score compared to last year.

At this rate of progress, it will take another century to close the overall global gender gap, compared to 83 years last year. The most challenging gender gaps remain in the economic and health spheres. At the current rate of change, it will take another 217 years to close the economic gender gap. This represents a reversal of progress and is the lowest-value measured by the Index since 2008. The Forum’s Closing the Gender Gap project aims to accelerate the pace of change on gender parity through global dialogue and a national public-private collaboration model currently active in three countries with further expansion planned for 2018.

Progress across the health gender gap remains undefined. Formally the smallest gap, progress has oscillated with a general downward trend. Today, the gap is larger than it stood in 2006, in part due to specific issues in select countries, in particular China and India. Although it exhibits the most progress, the political gender gap is the widest and could take another 99 years to close. On the other hand, with current trends, the education gender gap could be closed within the next 13 years.

All regions record a narrower gender gap than they did 11 years ago, despite stalled progress at the global level. At today’s rates of progress, the overall global gender gap can be closed in 61 years in Western Europe, 62 years in South Asia, 79 years in Latin America and the Caribbean, 102 years in Sub-Saharan Africa, 128 years in Eastern Europe and Central Asia, 157 years in the Middle East and North Africa, 161 years in East Asia and the Pacific, and 168 years in North America.

The Economic Case for Parity

Other recent estimates suggest that China could see a $2.5 trillion GDP increase from gender parity and that the world as a whole could increase global GDP by $5.3 trillion by 2025 if it closed the gender gap in economic participation by 25% over the same period. Given associated government revenue shares in GDP, the latter achievement would also unlock an additional $1.4 trillion in global tax revenue, most of it ($940 billion) in emerging economies, suggesting the potential self-financing effects of additional public investment into closing global gender gaps.

The economic case for parity also exists at the industry and enterprise-level and a key avenue for further progress entails addressing the current imbalances by sector. In research with LinkedIn, the report finds that men are under-represented in education, and health and welfare, while women are under-represented in engineering, manufacturing and construction, and information, communication and technology. Such segmentation by gender means that each sector loses out on the potential benefits of greater gender diversity: greater innovation, creativity and returns. However these gaps are not only a pipeline problem, i.e. regardless of the levels of women going into professions, across the board men hold more leadership positions. Consequently, it will not be enough to focus on correcting imbalances in education and training; change is also needed within companies.

The Global Gender Gap Index ranks 144 countries on the gap between women and men on health, education, economic and political indicators. It aims to understand whether countries are distributing their resources and opportunities equitably between women and men, irrespective of their overall income levels. The report measures the size of the gender inequality gap in four areas:

Index scores can be interpreted as the percentage of the gap that has been closed between women and men, and allow countries to compare their current performance relative to their past performance. In addition, the rankings allow for comparisons between countries. A total of 13 out of the 14 variables used to create the Index are from publicly available hard data indicators from international organizations, such as the International Labour Organization, the United Nations Development Programme and the World Health Organization, and one comes from a perception survey conducted by the World Economic Forum. Last year’s edition introduced an updated threshold for estimating gender parity in earned income. This year’s edition removes this income level cap completely and also updates its primary reference source for the sex ratio at birth indicator.

The World Economic Forum’s System Initiative on Shaping the Future of Education, Gender and Work aims to enable people to fulfil their full potential by developing and deploying their talent, thereby contributing to more prosperous economies and societies.

Across its three modules the System Initiative offers: knowledge tools such as the Global Gender Gap Report, the Global Human Capital Report, the Future of Jobs Report; dialogue series such as Creating the Care Economy and Reskilling the Adult Workforce and; public-private collaboration such as Closing the Skills Gap, Preparing for the Future of Work and Closing the Gender Gap. The System Initiative is led by a globally renowned Stewards group composed of the most relevant individuals and organizations from around the world, including chief executive officers, ministers, academics and heads of international organizations.