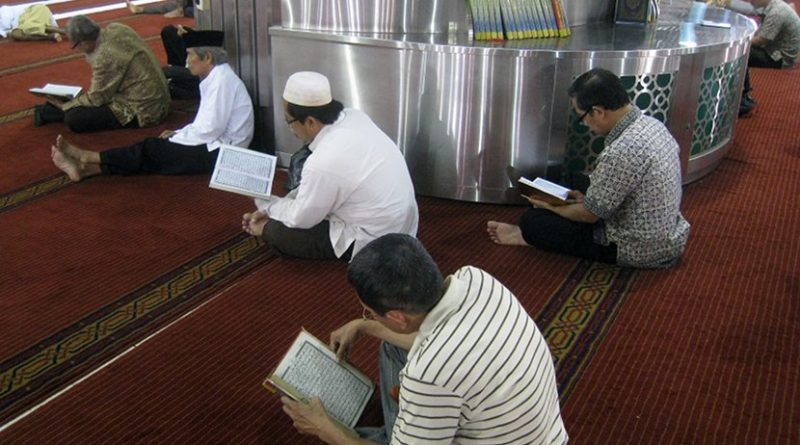 The running mate of the Indonesian president is remembered for his hand in toppling Jakarta governor Ahok on charges of blasphemy. In Singapore, he advocated ‘Middle Way Islam’. Is this President Joko Widodo’s secret formula for mobilising the electorally critical Islamic constituency? Who is Ma’ruf Amin, really?

Indonesian ulama, or religious scholar, Ma’ruf Amin’s speech in Singapore on 17 October 2018 was awaited with some anticipation. He came with the reputation of having played a key role in the massive movement that brought down the controversial Jakarta governor Basuki Tjahaja Purnama, better known as Ahok, over accusations of blasphemy against Islam.

This in itself had given Ma’ruf Amin a certain image of being a “conservative”, whatever that may mean. However, the posture he struck in Singapore at a lecture organised by the Indonesia Programme of the S. Rajaratnam School of International Studies (RSIS) was, well, not exactly this. If anything, the prospect of being a national leader − beyond just the Muslim majority community − may be pushing him to become more centrist.

Kyai Ma’ruf Amin, as he is respectfully referred to as an ulama, is now a vice-presidential running mate for incumbent President Joko Widodo in next year’s pilpres, or presidential election. While not really seen by some as an ideal pairing, the coming together of the duo is significant. It reflects the traditional symbiosis of the two main streams of Indonesian politics – nationalism as manifested in Jokowi, as the president is known colloquially, and Islam, in Ma’ruf Amin.

But who really is Ma’ruf Amin? What are his thoughts? Needless to say, his speech at the RSIS talk was followed closely for a measure of the man who is, after all, within earshot of being Indonesia’s No 2 leader.

KMA, as he is also referred to, spoke as chairman of the Majlis Ulama Indonesia (Indonesian Ulama Council), though in a non-active capacity, having stepped down due to his nomination as a VP candidate. Also a veteran politician, Ma’ruf Amin wasted no time, diving straight into the theme of his lecture on ‘The Emergence of Wasatiyyah Islam in Indonesia: Promoting Middle Way Islam and Socio-economic Equality in Indonesia’. Loosely translated, the term wasatiyyah connotes a middle way, a path of moderation that is balanced in all respects.

So what is Wasatiyyah Islam? “It is,” Ma’ruf Amin said, “Islam Tengah (Middle Way Islam or centrist Islam) that produces the best community (khairu ummah).” Islam Tengah, according to him, is anchored in at least six characteristics: tawassuth (the middle way); tawazun (balance); tasamuh (tolerance); musawah (egalitarian and non-discriminatory); musyawarah dan muakafat (consultation and consensus); and islah (reformism).

Indeed, he had a lengthy explanation about why Wasatiyyah Islam is not really new to Indonesia: it has always been part and parcel of Indonesian life and was the driving spirit behind the founding of the Indonesian republic, which led to the ideological compromise between political Islam and nationalism that became the basis of the independent nation-state.

Nahdlahtul Ulama (NU), Indonesia’s largest Islamic organisation that Ma’ruf Amin also until recently led as chairman, had historically been one of the groups that played a key role in this ideological compromise. The relationship between political Islam and the state in Indonesia has, however, gone through ups and downs in a process marked by a mix of latent tension and mutual accommodation.

“The commitment to Wasatiyyah Islam in Indonesia in recent years is a reaffirmation of Islamic moderation as the conviction of mainstream Muslims in Indonesia. This is an important response to the strengthening consolidation in recent years of extremism in the name of Islam, be it from the left or from the right,” he said.

In a national convention in August 2015, the Indonesian Ulama Council adopted Wasatiyyah Islam as its devotional paradigm. This was a year after Islamic State (IS) came into existence in Syria and campaigned for a caliphate through war. “IS’ influence spread to Indonesia, followed by various acts of terror by its supporters,” Ma’ruf Amin said.

Before IS, Indonesia had already seen the emergence of the caliphate ideology which Ma’ruf Amin described as ‘contra nation state’. “Some were of the non-violent kind such as Hizbut Tahrir. Some resorted to violence such as Jemaah Islamiyah, a transnational organisation with structures covering Malaysia, Singapore, Indonesia, Philippines and Australia.” In the earlier years of Indonesian independence, there was Darul Islam, which morphed into the Indonesian Islamic State movement.

All of them shared one thing in common: a push for the maximum accommodation of political Islam. What Indonesia needed, Ma’ruf Amin said, was a nation based on the consensus of all elements of society − what he called Darul Mitsaq. Although he did not state it, in its current form, this is known as the Pancasila state based on the national ideology of Pancasila (five principles) and the 1945 constitution of independence.

With Indonesia’s strategic position in the Muslim world, and in Southeast Asia in particular, Ma’ruf Amin’s push for Wasatiyyah Islam bears import for the region, especially should his views prevail and become national policy if he is elected as vice-president. Already in Indonesia, there is a growing related movement known locally as Islam Garis Tengah. It is essentially the same Centrist Islam which rejects both extremist tendencies as well as overly liberal religious thought.

Indeed, Ma’ruf Amin argued for the globalisation of Middle Way Islam. “Given its importance, Wasatiyyah Islam must not be seen to be exclusive to Indonesia. Wasatiyyah Islam can also be used to foster harmony and stability of the Southeast Asian region.” In May this year, Indonesia hosted in Bogor a High Level Consultation of World Muslim Scholars on Wasatiyyah Islam.

Philosophically, Wasatiyyah Islam, in spirit or in form, has also been a part of mainstream Islam in Southeast Asia, which is preponderantly Sunni Muslim. In Malaysia, under three previous administrations, Islamic moderation was already the clarion call and practised policy. In his first tenure as prime minister from 1981 to 2003, Mahathir Mohamad consistently advocated Islamic moderation.

His successors followed through with such ideas as Islam Hadhari (Civilisational Islam) and Islam Wasatiyyah too, leading to the formation of the Wasatiyyah Institute Malaysia. As in Indonesia, the institute was a Malaysian response to the rising extremism in some sections of the Muslim community and was to be a platform to promote moderation in the practice of Islam in Malaysia.

Wasatiyyah Islam has also long been a key characteristic of Islam as practised in Singapore, a polyglot society where Muslims are a significant minority conscious of life in a multi-religious and multicultural milieu. Moderation, balance and the middle way are the three Islamic principles that guide Singapore’s Muslim community. In short, Wasatiyyah Islam, as popularised in Indonesia and Malaysia, is something very much familiar with Singapore’s Muslims.

It can be argued that the Muslims of Southeast Asia as a whole are going through a phase of adjustment and response to what Ma’ruf Amin sees as the twin phenomena of religious extremism and religious liberalism. Will this response lead to the wider reaffirmation of the Wasatiyyah doctrine − as Ma’ruf Amin put it − of Middle Way Islam, the essence of the religion which is more nuanced than just “moderation”?