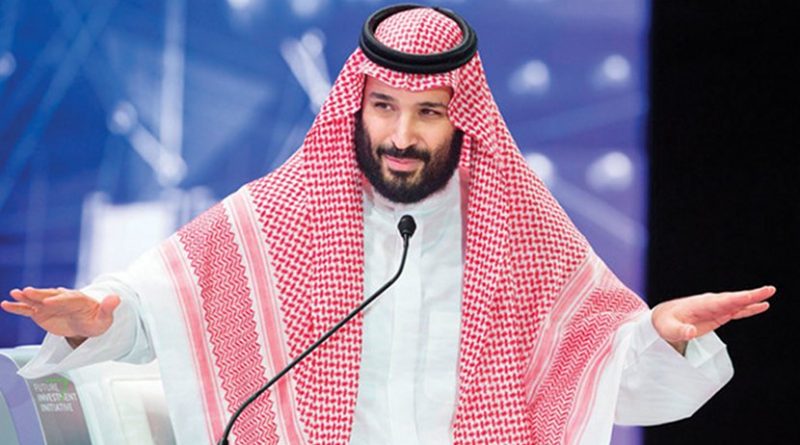 Following its unveiling nearly 3 years ago, Saudi Arabia’s ‘Vision 2030’, a policy program deemed to be the cornerstone of Crown Prince Mohammad bin Salman’s (MBS) reform agenda, earned plaudits for its ambitious scope. The plan, which calls for sweeping changes to Saudi Arabia’s economic makeup and enhancement of public services, such as education and health, is primarily underpinned by an industrialization policy designed to curb the kingdom’s reliance on oil.

The renewed drive for diversification isn’t the kingdom’s first attempt to lay groundwork for a post-oil transition. Yet, with oil accounting for 90% of the country’s export income and contributing nearly half of GDP, the impetus to cull the country’s overexposure to the petroleum sector has been seldom been stronger. With global trends portending a shift away from fossil fuels, Vision 2030 calls for the need to develop adjacent activities like natural gas exploration and petrochemicals, while sprouting new ones in the areas of entertainment and tourism.

Yet, identifying new industries for expansion is but one part of Saudi Arabia’s industrialization requirements. With a youth unemployment rate hovering near 25%, the question remains as to whether the country can successfully develop its internal workforce and attract capital inflows that would bolster the private sector.

Furthermore, the kingdom’s geopolitical ambitions, coupled with internal conflicts between those aligned and against MBS, could prove to become the greatest obstacles to the realization of Vision 2030. The narrative of seismic reform carried out by a young visionary quickly waned amid reports of detainment of business and royal elites. Subsequent headlines that feature the war in Yemen, the blockade of Qatar, the killing of Saudi journalist Jamal Khashoggi, and the rupture of diplomatic ties with Canada over Saudi Arabia’s human rights record further dampens investor sentiment.

Though such blunders call into question the viability of Vision 2030, the ability to finance the efforts required for the plan remains well in reach. The Initial Public Offering (IPO) of Saudi Aramco, noted as the world’s most profitable company, is slated to debut on the domestic Saudi market next month, after several delays and an attack on two Aramco oil facilities. In spite of persistent debate concerning the company’s valuation, the float of Aramco shares remains Vision 2030’s primary source funding.

While generating capital has hardly been a problem for the oil-rich kingdom, the deployment of said capital is far more intricate. In an interview given to Bloomberg in 2016, Salman explained that the IPO of Aramco would free up enough capital to “technically make investments the source of Saudi government revenue, not oil.” Such investments are to be primarily carried out by the Saudi Public Investment Fund (PIF), one of the largest sovereign wealth funds in the world, which was initially formed to concentrate on investments within the kingdom.

Although the PIF’s portfolio does span domestic entities such as the National Commercial Bank and the Saudi Basic Industries Corporation, more recent capital commitments have been concentrated on firms that operate and rely on markets outside of Saudi Arabia. Among the most substantial beneficiaries of Saudi capital has been Softbank, a Japanese technology conglomerate that spearheads the aptly named Vision Fund, which holds stakes in noteworthy firms such as Uber, ARM, and NVIDIA, all of which have few commitments and insignificant exposure to the Saudi economy.

While investment in foreign firms by a sovereign wealth fund is hardly noteworthy, the case of Saudi Arabia remains unique. The pivot from the kingdom’s reliance on oil exports to investment returns from firms that operate outside Saudi borders fails to address domestic private sector growth, as the Vision 2030 plan calls for.  A more prudent use of Saudi capital may involve incentivizing firms to set-up shop within Saudi Arabia, generating high-skilled jobs, and curbing the country’s brain drain.

The subject of workforce development remains a pressing issue to ensure domestic economic growth. Though Vision 2030 calls for a reduction in the country’s unemployment, particularly among the youth, gripes regarding the country’s inexperienced and undisciplined domestic labor force persist. Thus, such conditions necessitate the arrival of foreign labor to fill vacancies.

In response, the introduction of the Saudization labor scheme sought to impose regulations by forcing private firms to employ a certain number of Saudi citizens. As a result, reports emerged of some firms paying young Saudis to stay home instead of work, suggesting that retooling the country’s education and training systems ought to be the focus for developing high-skilled and competent workers that are capable in working within high-tech sectors.

In addition to pushing private firms to employ young Saudis, the other avenue of job creation has come in the form of an expanded civil service. Yet, with nearly two-thirds of Saudis employed by the government, any form of expansion would likely exacerbate the wage bill and increase a budget deficit that amounts to 7% of the country’s GDP. With oil providing 87% of budget revenues, such figures are unsustainable over the long-term, particularly in an era of low oil prices.

In light of such conditions, the success of Vision 2030 will remain contingent upon shrinking the civil service while enabling and prioritizing opportunities to develop the talents of the country’s youngest workers. In addition to juggling his duties, MBS faces numerous fronts in his battle to consolidate and affirm his power as Saudi’s de facto leader. As the minister responsible for the plan’s implementation, fulfillment of Vision 2030 is likely to define the legacy of MBS while offering an early glimpse to Saudi’s post-oil potential.

*Arman Sidhu is an American educator and political writer based in Phoenix, Arizona. His work has previously appeared in The Diplomat, Mic, Economic & Political Weekly, Geopolitical Monitor, and the Foreign Policy Journal, among others.