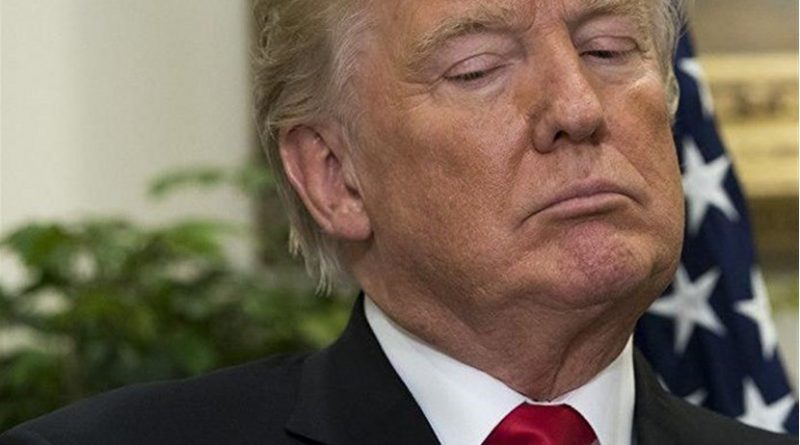 After the circus elephants have paraded through town, the clean-up is messy but straightforward. But when a tsunami recedes, even the most extensive reconstruction efforts are unlikely to remove all signs of its destruction. Cleaning up from the devastating havoc wreaked by the Trump administration will be more akin to the post-tsunami task than to simply shovelling up elephant dung.

Two things are obvious at the outset. First, remediation will be almost impossible if the November election allows the Trump tsunami to resume its battering. Second, rectifying US foreign relations, including with East Asia, will have to contend with the overwhelming task of repairing the United States domestically.

Trump’s policies were the product of a toxic cocktail: a fixation on transactional deal making, the commercialisation of the executive office, obstreperous nativism, egoistic self-dealing, a wilful ignorance of the world and disdain for diplomacy, intelligence and expertise. The xenophobic banner of ‘America First’ led the way to a shredding of the global institutional framework that the United States created and from which East Asia and the United States have long benefitted.

US influence and credibility cratered. Treaties were scrapped or renegotiated under duress. Dictators were coddled as allies were shaken down for renegotiated trade arrangements and enhanced payments supporting US troops. Photo-op ‘diplomacy’ with Kim Jong-un boosted the North Korean despot’s global legitimacy while doing nothing to slow the steady production of missiles and nuclear weapons or to resolve the deeper issue of denuclearisation.

China’s mercantilism was met not by a coalition of affected countries, but by a destructive unilateral tariff war, efforts at economic decoupling and arguments that China presented an existential threat. The administration ignored the benefits of regional production chains for US manufacturers and consumers as well as the multiple areas where the United States and China had previously tackled common problems such as climate change and nuclear proliferation.

Any new US administration will face a lengthy catalogue of demands across the Asia Pacific. These include resuscitating alliances, dealing with multiple continental and maritime hotspots, striking the right balance between engagement and containment with China and re-committing to the advancement of human rights, free trade and multilateral institutions.

To address these issues, US policymakers must avoid nostalgia for a halcyon pre-Trump era. Compared to 2016, East Asia today is more nationalistic, more economically interdependent, more regionally institutionalised and more strategically challenged on a host of fronts. Coping will require a new grand strategy that takes full advantage of the tools in the United States’ foreign policy toolbox.

The agenda in East Asia appears daunting and demanding of immediate US action, but remedying the United States’ domestic problems will likely be the higher priority. In addition to the COVID-19 virus and the shuttering of vast swaths of the economy, the United States faces enormous challenges: a US$3.1 trillion budget deficit, crumbling infrastructure, an eviscerated diplomatic and civil service, embedded racism and a hobbled science and technology community.

In earlier times, a new president might have trusted US political institutions, a fact-based media and a civic-minded populace to join forces in tackling such problems. But critical to any understanding of the United States today is the realisation that Trump’s policies were less a one-man aberration than an outgrowth of the Republican Party.

The past four years have exacerbated the United States’ gaping socio-economic divisions, the limitations of its political institutions, the contentiousness of its information channels and the fragility of its democratic norms. Americans now inhabit separate tribes, value alternative priorities, are convinced of competing ‘facts’ and are firmly convinced that eviscerating the other tribe is the path to a better America.

Even a landslide win for Joe Biden and Democratic majorities in the Senate and the House (which current polling suggests is probable) will have to confront Republican minorities in Congress and Republican majorities in many states poised to erect every possible barricade to reversing the damage done to scientific expertise, the economy, voting rights, immigration, race relations, the environment and a host of other areas.

An executively curtailed 2020 census virtually ensures an undercount of minorities and large-city residents. The result will be 10 years of overrepresentation of rural areas at the expense of coastal majorities. Some 200 Trump-appointed judges affiliated with the Federalist Society, including three of the nine Supreme Court justices, now enjoy lifetime tenure, ensuring a generation of judicial opposition to progressive legislative endeavours.

East Asia lives in the shadow of US actions. As a result, its citizens and leaders are justified in hoping for a new form of engagement after the 3 November elections. The region will surely be better off if the election ends Trump’s crude insults, erratic shifts and self-serving actions.

Going forward, a new US administration will have the chance to reclaim at least some of the country’s moral authority and to put a check on Trump’s coterie of wannabe dictators. At the same time, the daunting difficulties the United States faces at home will surely handicap its ability to move quickly and single-mindedly in assisting the region’s efforts to recover from the devastation left by the Trump tsunami.

*About the author: TJ Pempel is Jack M Forcey Professor at the Department of Political Science, University of California, Berkeley.

Home » Reclaiming US Credibility After The Trump Tsunami – OpEd