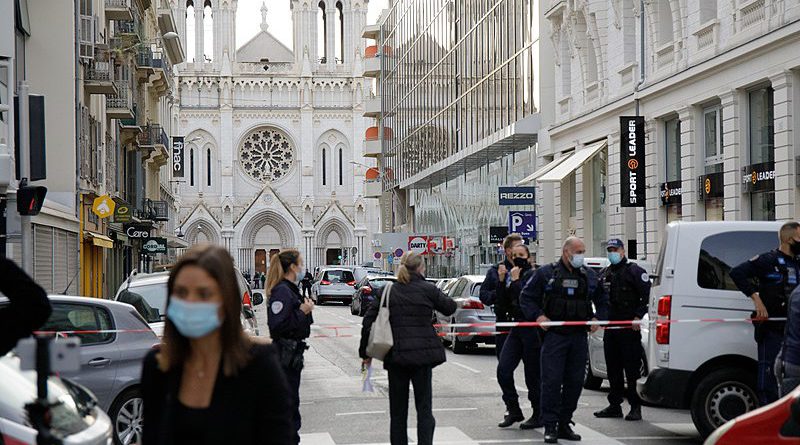 The road in front of Notre-Dame de Nice closed by the French police after the 2020 Nice stabbing. Photo Credit: Martino C., Wikipedia Commons

Tunisian security forces on Saturday arrested a man for claiming responsibility of a knife attack in the southern French city of Nice, according to a judicial spokesman.

Mohsen Dali, a spokesman for Tunisia’s anti-terrorism prosecutor’s office, told Anadolu Agency that the suspect appeared in a video claiming responsibility for the attack, which left three people dead by a Tunisian migrant on Thursday.

He said the suspect was arrested for questioning, without giving any further details.

On Thursday, a spokesman for a group calling itself the Ansar Al-Mahdi in Tunisia and Arab Maghreb claimed responsibility for the Nice knife attack in a video footage on social media.

On Friday, Dali said the Tunisian authorities were investigating the authenticity of the claim.