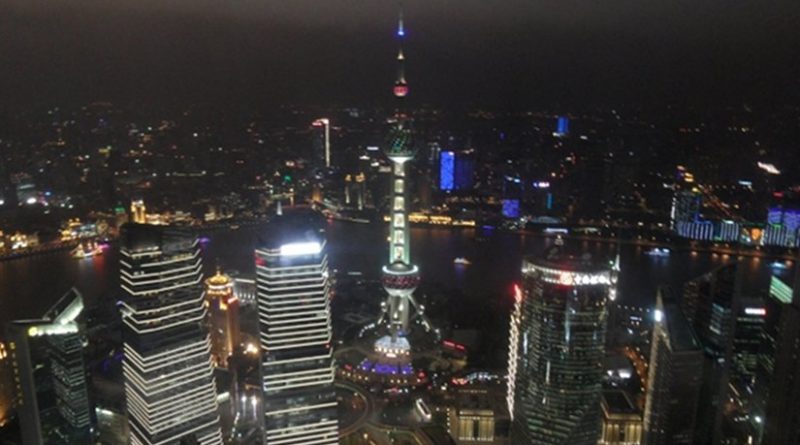 In 2009, the global climate conference in Copenhagen came close to disaster because of China’s obstreperous position on limiting carbon emissions. As leaders of 160 countries now convene in Paris on measures to keep global temperatures from rising above 2 degrees Centigrade, China is positioned to be on the side of angels. The dramatic turnaround is a story of reevaluation of self-interest, opportunism and leadership in adopting tough decisions.

A telling confrontation occurred during the final hours of the 2009 meeting in Copenhagen. The hoped-for ambition in the Copenhagen climate deal had been derailed by China’s insistence that meaningful targets – none of which committed the country to immediate action – be removed. These included peaking global emissions by 2020 and an 80 percent cut in industrialized country emissions, alongside a 50 percent cut in global emissions, by 2050.

Wen Jiabao, then China’s premier, remained out of sight during these negotiations, delegating an official to negotiate with world leaders, including President Barack Obama. When the Chinese official tried to remove mention of limiting global average temperature rises to 1.5 degrees Centigrade, the threshold that small island states regard as essential to their survival, it proved too much for Mohamed Nasheed, then president of the Maldives, a tiny country composed of 26 low-lying atolls in the Indian Ocean. “How can you ask my country to go extinct?” he demanded, a David versus Goliath moment that put an end to China’s already threadbare claim as champion of the poorest against the world’s powerful developed nations.

China emerged as a villain of COP15: Its coal habits made it the world’s biggest emitter in 2005, and emissions continued to soar. Truculent insistence that China be treated like the poor developing country it had been at the start of Kyoto process in 1992 created difficulties for Obama’s hopes of generating US support for climate action. A few countries could singlehandedly wreck the world’s attempts to avoid climate catastrophe.

But China is among the main hopes for COP21, the climate conference taking place in Paris. The United States and China substituted cooperation for mutual recrimination more than a year ago, when their respective leaders agreed on a climate accord, one of the few bright spots in a troubled bilateral relationship. China has also begun a radical transition from its fossil-fuel dependent and polluting model of growth towards a low-carbon economy.

Furthermore, China has promised to peak its emissions by 2030 or earlier, a significant change in attitude since 2009 when the nation not only refused to name a peak year but also blocked others from naming theirs. China has become the world’s largest investor in national renewable energy and the world’s leading market for clean-energy finance, attracting US$54.2 billion investment in renewables in 2013, rising to $89.5 billion in 2014. By manufacturing at scale, China has also reduced the global price of solar technologies by roughly two thirds. The country’s wind power capacity, just 126,000 kilowatts in 2005, reached 96 gigawatts in 2014, with installed solar capacity reaching 28 gigawatts.

China also announced plans to set up the world’s largest national cap-and-trade scheme by 2017 and installed green ambitions at the center of the 13th Five Year Plan launching in 2016. It pledges to set up a fund to help the poorest adapt to climate change.

The beginnings of China’s green revolution were present at COP15: Senior leadership had been well briefed on climate-change impacts and the toxic legacy of three decades of high carbon, highly polluting industrialization. But China was still building massive infrastructure, racing to expand cities designed around roads and cars, and churning out steel and cement, all fueled by the coal-fired power that provided more than 70 percent of the country’s energy.

Despite this unpromising panorama, the end of the era of cheap, investment- and export-led growth, the era of high GDP growth at all costs – was in sight. China was close to pricing itself out of the market in cheap goods, in part because of its success: wages had risen and labor, one of China’s competitive advantages, was less abundant, in part because of China’s extreme family-planning policies. The pollution crisis was becoming too great to ignore.

Climate and energy began to feature prominently in China’s 11th Five-Year Plan, 2006-2010, which promised “a resource-conserving and environment-friendly society.” The Five-Year Plans are key policy documents, setting out integrated frameworks for China’s economic development. In the course of the 11th plan, the government closed small and inefficient coal plants and reduced energy consumption per unit of GDP by almost 20 percent, saving more than 1.46 billion tons of CO2.

The need for China’s maturing economy to become more efficient and move up the technology ladder became increasingly urgent. The 12th Five-Year Plan, 2011-2015, was an explicit blueprint for a greener China, with a 7 percent growth target, the promise of a further 16 percent reduction in energy density and, for the first time, a 17 percent reduction in carbon density. At the same time, the plan committed to deliver 11.4 percent of China’s energy with alternatives to fossil fuels by 2016 and 20 percent by 2030, to make major investments in a range of technologies that included electric vehicles, energy saving and environmental protection, new generation information technology, biotechnology, high-end equipment manufacturing, new energy and new materials The plan also directed rebalancing the economy in favor of services and domestic consumption, upgrading industries and stimulating innovation.

As part of its strategic economic shift, China aims to become a global leader in low-carbon technologies – supplying low-carbon and energy-efficient technologies to a carbon-contained world. Such ambitions motivate China to secure a strong climate deal in Paris.

Professor Teng Fei of Tsinghua University, an energy expert and lead author of the Fifth Assessment Report of the Intergovernmental Panel on Climate Change, recently laid out for China Dialogue three elements he considered essential for China to decarbonize, following a promised emissions peak by 2030 at the latest: Increase energy efficiency, through better technology and structural changes; decarbonize the power sector through renewables, nuclear energy and carbon capture and storage; and accelerate electrification of industry, transport and buildings. With all three, Teng said, China’s emissions per unit of electricity by 2050 could be 90 percent lower than those in 2010.

China is poised to become the world’s largest economy. The world depends on China and other leading economies to avoid more than a 2-degree Centigrade increase in global average temperatures. Analysts foresee difficult times ahead as China attempts profound reforms of an increasingly dysfunctional and imbalanced economy. The 13th Five-Year-Plan, to be ratified in March, is more ambitious than previous plans – and strategies that emphasize sustainability and job growth, while reducing toxic pollution, could help China decarbonize its economy by 2050.

The future of climate policy today seems more assured in China than in the world’s other major emitter, the highly polarized United States, where the outcome of the 2016 elections could derail climate mitigation. While China’s policy is settled, challenges and uncertainties of turning around a troubled economy remain. In the short term, however, if there is a major problem at COP21, it’s unlikely to be China.

*Isabel Hilton is a London-based international journalist and broadcaster. She is the author and co-author of several books and is founder and editor of chinadialogue.net, a non-profit, bilingual online publication based in London, Beijing and Delhi that focuses on the environment and climate change.