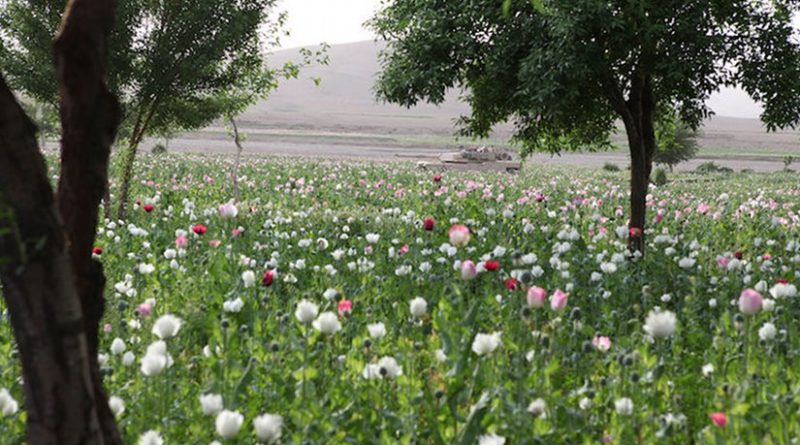 Activists and officials in the Afghan province of Herat have warned that rising numbers of children are being recruited to work as drugs mules by local trafficking networks.

Street children are particularly vulnerable, amid a massive rise in addiction among minors in the western province.

Afghanistan’s booming illicit narcotics industry means drugs are readily available and around 11 per cent of the population has substance abuse problems. In Herat, the influx of returning refugees from neighbouring Iran, where addiction rates are high, has also fuelled the problem.

Sir Majid, the director of Herat’s juvenile detention centre, said that more than 30 of the current inmates had been convicted of drugs smuggling.

Raza, 17, said he had been recruited to trafficking by his drug addict uncle.

“I got drugs from a man who stood on the road in the Baba Haji area of Herat city and then I transferred the drugs to my uncle in Islam Qala, near to the Iranian border.”

“I used to earn 200 Afghanis for each package of drugs that I transferred to my uncle and this got me into drug dealing, which changed my life completely.”

Herat police spokesman Abdul Rauf Ahmadi said that they had arrested some 30 children for drug-related offences in the last three months. Some minors who got involved in drug smuggling went on to become addicts themselves, he continued.

Officials in Herat say that they have noticed a massive increase in the number of child addicts.

A 2014 survey carried out by local NGOs in coordination with the Wasa foundation, a charity working to protect the rights of women and children, documented some 3,000 child addicts in Herat.

Farhad Jelani, the spokesman of Herat’s governor, said that this figure had nearly doubled in just two years.

“According to a survey conducted by Wasa, today there are 70,000 drug addicts in Herat of whom 5,500 are children,” he said.

“Reports we have received over the last year show that 50 children were arrested by police trying to sell or buy drugs [in Herat],” he continued, adding that interagency efforts were needed to combat this problem.

“I have shared this issue repeatedly with organisations supporting and defending children’s rights, but nothing has been done to tackle this social problem,” he said.

Juma Gul, 16, who spends his days and nights on the streets of the Tank Mawlai area of Herat, said that his father, who died in a traffic accident eight months ago, had introduced him to drugs.

“I went to the Haji Abbas area with my father when he went to buy drugs a year ago. My father encouraged me to start using heroin with him and so I became addicted to drug.”

“At first I refused to bring packetss of drugs for my father from remote areas, but when I got addicted to drugs, I eagerly went to the market and bought drugs for myself and my father and then we used them.”

“My mother had kidney disease. We didn’t have enough money for her treatment; so, she died. My father worked in a garage as caretaker, but the garage owner dismissed my father.”

Gul only made it to the fourth grade in school. He blames his father for his current state and says he feels unable to rescue himself from addiction.

Mahdi Hadid, director of Herat provincial council’s security committee, said, “Our investigations show that mafia groups control the majority of dealers and are the ones trying to use children as a way of moving and selling drugs.”

Sulaiman, now 18, described how he had been recruited by an older man he met in a park.

“One day I didn’t go to school because I had not done my homework and I was scared of my teacher. Instead of going to school, I started walking in one of the parks where I met an old man sitting on a bench. He was busy eating pea soup and asked me to join him. At first I got scared, but then I agreed to share his food.

Sulaiman continued, “When I wanted to leave I thanked him for the soup and the man offered me 200 Afghanis which he said was to buy pens and notebooks. So I took the 200 Afghanis. When I left the park, he called out after me that he would be in the same place the next day.”

That was the start of his drug-running career, Sulaiman explained. He dropped out of school and spent the next three months delivering packs of drugs for the old man, until he was caught.

He said that children were particularly useful as they faced less severe punishment if arrested. Despite numerous complaints to government offices in Herat, Amini continued, no serious steps been taken to combat this problem.

“Using children to smuggle drugs is cheap and doesn’t require much of an investment, so many drug dealers want to use children,” added Syed Mohammad Faqiri, a social affairs expert. “It’s vital for families, especially for parents, to inform their children of the consequences of addiction to drugs.”

Observers say that the situation is further complicated by administrative corruption which allows many smuggling networks to operate with impunity.

“It is very possible that many soldiers in different security zones could be helping the smugglers,” Hadid said.

Ahmadi noted that members of more than 10 drug smuggling networks had recently been arrested across Herat province, but agreed that security officials had been known to collaborate with the smugglers.

“In the last six months we have dismissed two policemen accused of having connections with drug smugglers,” he said.

Zimarai Hussain of Herat’s public health department said, “There is only one clinic for the treatment of addicted children, built by an NGO.” This only has capacity to treat 100 children a year.

There are also some facilities for substance abuse treatment at the juvenile detention centre, where children are also helped to understand the consequences of their actions.

Karim, 15, has been in the detention centre for the last seven months since police caught him carrying a package of drugs.

He explained that he had been recruited after he was unable to repay a loan from his neighbour. The man told him to deliver a consignment of drugs instead, and then offered to pay him a regular wage.

“Before falling victim to drug smugglers, I had a very nice life with my family,” Karim said. “But after I got involved with the smugglers I spent my days and nights consumed with fear. The money I received for drug smuggling was never worth it.”

Karim finally began to realise the human impact of his work.

“One day when some of the addicts I used to supply in the Tank-e-Molawi area of Herat city died because the weather was so cold and they had not received their drugs. I then realised that I was distributing the powder of death.”

This report was produced under IWPR’s Promoting Human Rights and Good Governance in Afghanistan initiative, funded by the European Union Delegation to Afghanistan. This article was published at IWPR’s ARR 560.

Under a nationalistic and aggressive regime in New Delhi, India is aggressively pursuing the development and acquisition of refined and