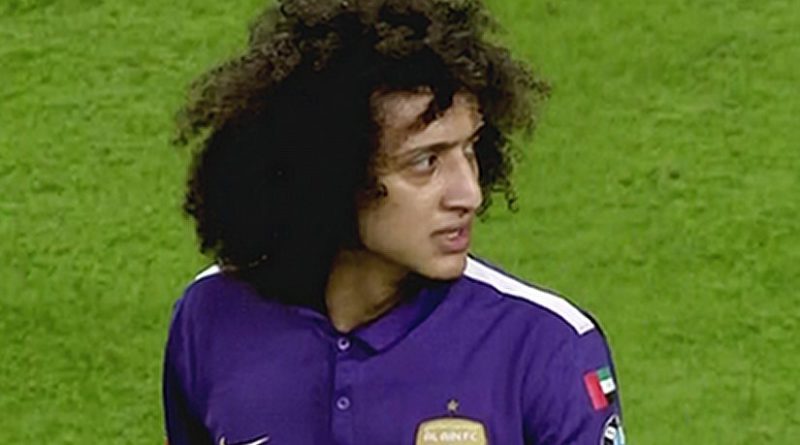 The left-sided midfielder and winger is the second Emirati to win the trophy in consecutive years and his award was greeted with a huge cheer in the Emirates Palace Hotel in Abu Dhabi.

The victory was even sweeter as he was nominated last year but lost out to compatriot, Ahmed Khalil.

But he said the trophy would not make up for his Emirati league side Al Ain losing the Asian Champions League final last month to South Korea’s Jeonbuk Hyundai Motors.

“My main ambition was to win the Champions League trophy,” he said.

“The trophy is not only for me but it’s for all my colleagues at Al Ain and the national team.”

Abdulrahman, who once had a two week trial for English side Manchester City, also admitted he would like to play in Europe.

“Every player dreams of playing in Europe,” he said. “If I get a good offer, I wouldn’t mind with a good and big club.”

Even though he was on the losing side in the Champions League final, he was named the tournament’s best player.

Capped more than 50 times, he also carries the international hopes of the UAE, which has a real chance of qualifying for the 2018 World Cup finals.

Leicester City’s Shinji Okazaki was crowned international player of the year, the award given to those who play in a league outside the AFC.

Ford, who represented the Australian women’s team, the Matildas, at the Rio Olympics, said she was honored to win — but was surprised.

“I wasn’t really expecting this to be honest,” she said.

“My winning this trophy reflects on an amazing year for us Matildas and I have taken this for all of them.”

Australia reached the quarterfinals stage, going out to hosts Brazil on penalties.

Choi Kang-hee of the Jeonbuk Hyundai Motors was awarded top male coach of the year.

The women’s award was won by Chan Yuen-ting of Hong Kong.

The 28-year-old manager of Eastern Sports Club is the first woman to lead a men’s team in a country’s top division to a league championship.

Meanwhile, AFC President Shaikh Salman bin Ebrahim Al-Khalifa confirmed the association’s postponed Extraordinary Congress will go ahead in Bahrain next May, where it will finally elect members for the FIFA council.

The original meeting was postponed in September in protest by AFC members when FIFA disqualified Qatar’s Saoud Al-Mohannadi from standing for election.

Last month, Mohannadi was banned by FIFA for one year for refusing to help in an investigation.

However, his name may appear again on the ballot as Sheikh Salman said all Asian football associations will be free to put forward their own candidate for the vote. “The AFC will not compromise its principles,” he said in a statement.