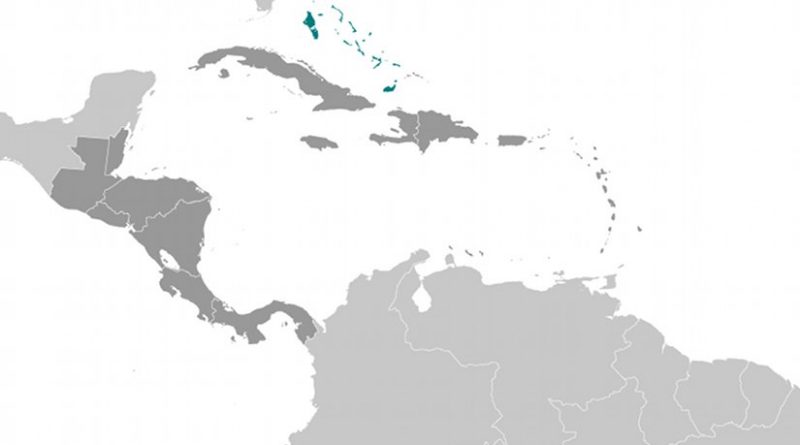 The Commonwealth of the Bahamas is an archipelagic state, forming the Lucayan Archipelago, of more than 700 islands (40 of which are inhabited). Its military establishment – the Royal Bahamas Defence Force (RBDF) – is unique in the Caribbean in that it is an all naval formation of some 1200 personnel with an attached air wing with two aircraft and a 500 strong Commando unit tasked with amphibious operations. The RBDF refers to its enlisted personnel as “marines” and they frequently wear US standard “Woodland” camouflage rather than the Royal Navy patterns common elsewhere.

The naval orientation of the RBDF stands in stark contrast to the army dominated establishments that are to be found in other islands, at times to the detriment of the naval element – as in the case of Jamaica. It may be that with the Royal Bahamas Police Force (RBPF) of over 4000 members being deemed sufficient for internal security functions, the RBDF has been allowed to concentrate on the maritime domain from which most of the country’s security challenges – narcotics, illegal fishing, poaching and illegal immigration being chief among them – emanate.

It is on account of its pursuit of illegal fishing operation that the RBDF suffered its greatest loss to date. On 10th May 1980, the HMBS Flamingo attempted to arrest two Cuban fishing vessels – Ferrocem 165 and Ferrocem 54, operating in Bahamian waters. The apprehension of these vessels led to a completely disproportionate Cuban response as two Cuban MiG-21s violated Bahamian airspace and sank the Flamingo, four crewmen being killed with 16 survivors being rescued by the two fishing vessels that they had attempted to arrest. While Cuba eventually paid compensation to the tune of USD 10 million, and the poachers on board its two fishing vessels were convicted, the incident makes the RBDF unique among Commonwealth Caribbean navies in that it lost a vessel to air attack.
As might be expected, the RBDF has always maintained a sizeable naval fleet (by regional standards) with pride of place being given to two 60m OPVs – HMBS Bahamas (P60) and HMBS Nassau (P61). Other major, but badly ageing, assets include the 108 ft HMBS Yellow Elder (P03), 4 cutters in the 40-50 ft size range and a number of inshore patrol craft. In addition, the sole survivor of a class of five 60 foot patrol boats HMBS Inagua (P27) is still nominally on strength, though of dubious value even when new.

The RBDF has faced a number of materiel and manpower challenges as its surface assets aged, suppliers and original equipment manufacturers for older equipment went out of business or changed hands and, rather more seriously, a problem of quality personnel. On 5th December 2006, the then RBDF Commander described a pathetic state of affairs in which only two vessels were seaworthy, there was no pilot for the single operational aircraft and revealed that up to 25% of RBDF personnel were what he termed “bad apples”. To its credit, the RBDF embarked upon a major overhaul of its system, with the results being seen from 2008 onwards. By reducing personnel strength by up to a third, the RBDF was able to rid itself of many undesirable people and made significant strides in restoring its fleet, vehicles and air assets to operational status. This had a tangible impact as narcotics seizures increased substantially.

Despite its efforts to keep existing assets serviceable, it became clear to the RBDF that a major force re-capitalisation program was needed. To this end, it initiated the Sandy-Bottom project which at USD 232 million is the largest capital investment made by the RBDF since its inception. This project entails the construction of new naval bases, the dredging of harbours and the development of ports. In addition, the complete re-equipment of the RBDF surface fleet is being undertaken which, upon completion will result in the RBDF having adequate numbers of modern patrol craft to conduct operations within its maritime domain.

Being undertaken by the Dutch companies of Van Oord (for infrastructure) and Damen (for surface assets), the Sandy Bottom Project will enable the RBDF to implement its decentralisation program over the next few years. With a program that includes the development of  RBDF bases at strategic locations in the northern, central and southern regions of the Lucayan Archipelago, enabling the dispersed deployment of personnel, ships and aircraft, it is envisaged that this strategy will also enable the RBDF to provide coverage of the country’s maritime domain in the fight against illegal migration, poaching of marine resources, arms smuggling, illicit narcotics, human trafficking and potential terrorist related activities. Given the fact that the Bahamas has experienced severe damage from hurricanes, it is hoped that the decentralisation strategy will also enhance the RBDF’s overall efficiency in conducting search and rescue and disaster relief operations. Indeed, as an archipelagic state, the pressures on the RBDF to conduct such operations in a timely and efficacious manner cannot be overstated.

While the infrastructural works are still in progress, with three RBDF bases having new dredging and infrastructural development completed by the end of 2016, namely the RBDF headquarters at Coral Harbour in New Providence Island, Matthew Town in Great Inagua Island, and the Gun Point base in Ragged Island, headway has also been made in acquiring new surface assets. Damen has been contracted to supply four Stan Patrol 4207 patrol vessels, four Stan Patrol 3007 patrol vessels and one Stan Lander 5612 landing craft as well as to completely overhaul and return to service the HMBS Bahamas and the HMBS Nassau by 2017. While these vessels are not particularly well equipped and lack modern surveillance equipment and weapons (only the Bahamas and Nassau are armed with anything more than machine guns), these ships are adequate to the patrol and constabulary tasks assigned to them and represent a cost-effective solution.

The acquisition of the Damen Stan Lander is of particular note as its primary function is to assist in disaster relief operations and to this end, comes with containerised disaster relief packages which includes a 17-piece mobile base – locally termed the “Mobile Base City”. These resources were deployed to assist the community of North Andros which suffered significant damage from Hurricane Matthew in October 2016.

With its modernisation plan well underway and making good progress, the capability of the RBDF will be significantly boosted and it can be expected to make a greater contribution to the country’s safety. However, it is noteworthy that the RBDF’s air wing which comprises single examples of the Beech King Air and the Cessna 208 has received little attention. Given the archipelagic geography of the country, it is surprising that no priority has yet been given to either expanding or modernising this inadequate force. It is hoped that this will assume a greater degree of urgency in the near future.

Views expressed are of the author and do not necessarily reflect the views of the IDSA or of the Government of India. Originally published by Institute for Defence Studies and Analyses (www.idsa.in) at http://idsa.in/idsacomments/royal-bahamas-defence-force_sbmaharaj_301116

By Harsh V. Pant and Aarshi Tirkey The 5G network, the latest generation of wireless technology, is described as the

Grounded Boeings Set To Get All Clear From EU Regulator