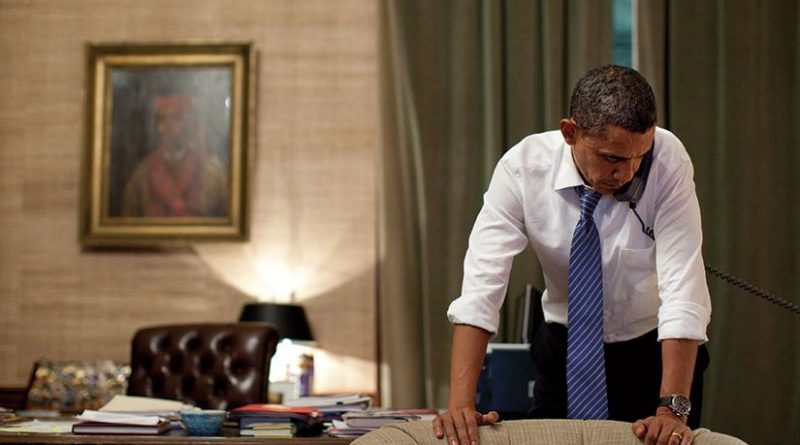 To all the warmongers, foreign interventionists, rabid neo-cons, members of the Military Industrial Complex (“MIC”), armchair warriors, chickenhawks, and prepubescent boys still playing wargames with their Xbox, the only question is:

“What is wrong with pursuing global peace?”

Why is that the United States of America is being led by the nose, by the worst that this country has to offer, in terms of naked aggression and hostility, clandestine operations designed to destabilize and destroy every other nation around us (friends and enemies alike), dumping trillions of dollars in hard-earned tax dollars from the US Citizenry into useless stupid foreign wars and paramilitary operations, borrowing into oblivion and enslaving the future of our children from the ever fiat currency printing Federal Reserve, churning out bunker buster bombs and TOW missiles, using millions of tons of precious steel which could be used to build bridges and hospitals and schools, to wreak havoc around the globe?

If the last 8 years of the President Obama Administration has taught us one thing, it is that the United States of America has countless internecine problems, issues and imperfections that we need to take care of, and iron out, first, before we go around policing and lecturing the rest of the world on how they should live.

Barack Obama was like an exfoliate that brought out hundreds of years of anger, festering emotion, and stifled expression which truly needed to be aired out once and for all, not suppressed.

Additionally for all of Obama’s faults in the Middle East, one of his greatest legacies was by either inadvertently or on purpose, avoiding and stopping World War 3 by enacting the Iran Nuclear Deal by getting them to disarm without firing a single shot, and by proxy allowing the rise of a multi-polar world wherein different countries, cultures and races could now have a seat at the bargaining table for global affairs, rather than simply the legacy of the colonial masters of yesterday which exploited the third and second worlds.

A perfect symbol of this was the rise of the BRICS Banking System which poses an open challenge to the hegemony of the IMF/World Bank, ushering in competition with global central banks to keep each other more honest and competitive in terms of loans to the world’s people and countries.

Had the masters of chaos described above succeeded in getting President Obama to carpet-bomb Iran, this would most certainly have led to World War 3 by forcing Russia, China, Syria, Turkey, Saudi Arabia, Yemen, and other nations to jump into the fray to protect and defend their interests, quickly escalating matters coupled with multiple terrorist attacks all throughout the Middle East, Europe and yes, even in America.

Diplomacy is the best option, and warfare should be the last option.

But we as a nation have been so gung-ho and obsessed with destroying other nations and their own sovereignty that instead of fixing all of our problems at home, such as joblessness, poverty, malnutrition, failing infrastructure, poor race relations, corrupt courts and government, broken families, poor educational standards, a 23 trillion dollar debt, and other systematic problems and issues, that perhaps we can use all of our reserves to heal America first, and first use diplomacy and negotiation to solve any and all problems overseas.

The doctrine of “blowback” has yielded such great disasters such as September 11, and the violation of the “entangling alliances with other nations” doctrine as per Thomas Jefferson has destroyed our civil liberties and constitutional guarantees at home, while earning us myriad enemies abroad.

Now that Donald Trump is President-Elect, we can now devote more time to building up America first, rather than selling our own nation and birthright to the highest bidder – Trump promises to increase jobs, straighten out Obamacare, rebuild our infrastructure, pull out of stupid foreign wars, deal decisively with our enemies, recalibrate the middle east and our relationships overseas, deal with the Federal Reserve and our 23 trillion dollar debt, simplify our over-legislation and over-regulation, and other tasks to make America great again.