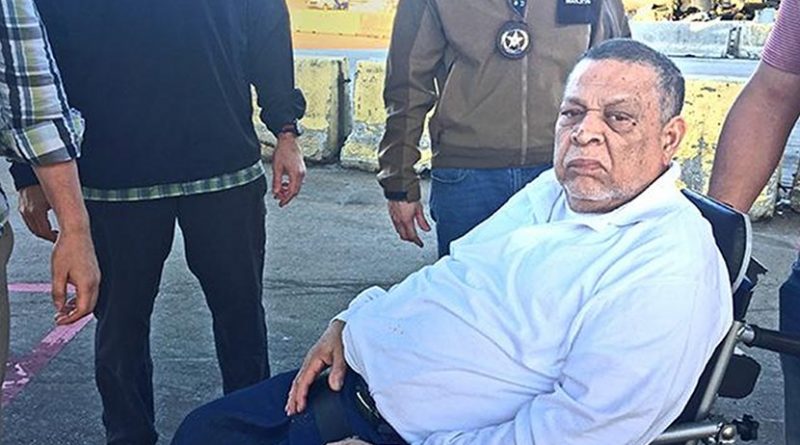 A former colonel of the Salvadoran military, Inocente Orlando Montano Morales, has been ordered to be imprisoned in Spain, as he awaits trial for his alleged participation in the murder of five Jesuit priests in 1989.

Montano, was extradited to Spain from the United States on Wednesday, the Associated Press reported. He had been in US custody for six years, after being arrested for charges of immigration fraud.

The former colonel was El Salvador’s vice-minister for public security during the brutal civil war that divided El Salvador in the 1980s. He will be tried for terrorist murder, and crimes against humanity, in the killing of five Spanish priests. Another priest, their cook, and her daughter were also killed. Montano maintains his innocence.

The Jesuits in El Salvador were active proponents of peace talks and a negotiation between the government and the Farabundo Marti National Liberation Front, an organization of left-wing guerillas. The priests were targeted because of one of them, Father Ignacio Ellecuria, SJ, was an outspoken critic of El Salvador’s government, according to Reuters.

The killings took place on Nov. 16, 1989, during a battle being waged across the city of San Salvador. Ellecuria served as rector of the Central American University, which was occupied by an elite battalion of the Salvadoran army. The Spanish government alleges that Montano ordered that the priests be executed because of their apparent support for “subversive movements” critical of the government.

The government was supported by the United States during the twelve year conflict, which killed 75,000 people, and during which 8,000 people disappeared. The United Nations has estimated that 85% of civilians killed during the conflict died at the hands of government forces.

Although widely regarded to have ordered the killing of the Jesuits, Montano, 74, was not charged by Salvadoran authorities. He will be required to testify in Madrid next week as his trial begins, according to the Associated Press.