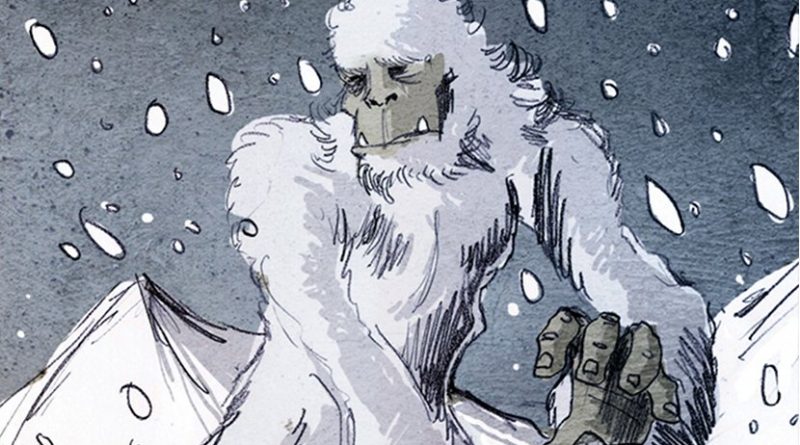 Illustration of a Yeti by Philippe Semeria. Source: Wikipedia Commons.

In 2016 a team of international scientists made the headlines as they set out to solve the Himalayan yeti mystery, using DNA samples collected by local observers over the years. Their conclusions have just come out, and they’re a cold, hard truth for Yeti believers: the samples actually belonged to different sorts of bears and… a dog.

The study, led by University at Buffalo College biologist Charlotte Lindqvist, consisted in sequencing DNA from potential Yeti samples stored in museums and private collections before comparing them with the genomes of known species. A total of 24 samples were analysed, including nine still purported to be from Yeti. Eight of them turned out to be from Asian black bears, Himalayan brown bears or Tibetan brown bears. The ninth belonged to a dog.

Prof. Lindqvist’s effort isn’t the first one discrediting the Yeti theory. Previous attempts had already suggested that hair samples thought to belong to the Yeti resembled that of polar bears, and that the explanation to what the photographer N.A. Tombazi had first seen in 1925 would most likely be found in an unknown hybrid species between polar and brown bears.

To be sure, Prof. Lindqvist tried to get her hands on as many samples as she could, collected from the Himalayas and Tibetan Plateau, with help from the UK film production crew behind the 2016 documentary ‘Yeti or not’. Then, she took a closer look at the samples’ mitochondrial DNA – the cell’s genetic material passed down only by females – and compared it with an international database of common bear genomes.

‘This study represents the most rigorous analysis to date of samples suspected to derive from anomalous or mythical ‘hominid’-like creatures,’ Prof. Lindqvist claims. It also marks the first-ever generation of a full mitochondrial genome from the likes of Himalayan brown bear and Asian black bear, which are both on the list of endangered species. In total, the team sequenced the mitochondrial DNA of 23 Asian bears.

Scientists hope this information will help them to figure out how genetically different these rare subspecies are from more common species, as well as the last time these groups shared maternal ancestors. For example, the study showed that while Tibetan brown bears share a close common ancestry with their North American and Eurasian kin, Himalayan brown bears belong to a distinct evolutionary lineage that diverged early on from all other brown bears.

Besides the value of solving the Yeti mystery, Prof. Lindqvist points out that clarifying population structure and genetic diversity among bears can help in estimating population sizes and crafting management strategies. Besides, the study could lead the path to similar research efforts, this time to unveil the truth behind stories of other mythical creatures. ‘Our study demonstrates that genetics should be able to unravel other, similar mysteries,’ says Prof. Lindqvist.

Cordis source: Based on media reports

Home » Yeti Or Not Yeti? DNA Samples Provide A Response