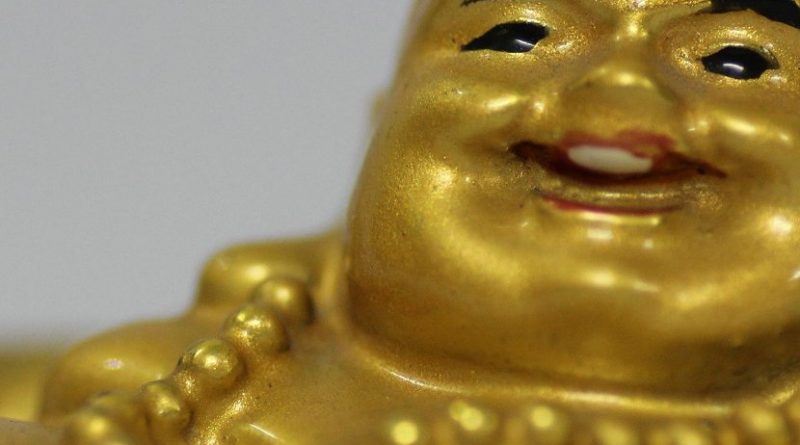 It is ironical that communist Government of China, which views religion as potentially destabilizing and contradictory to communist philosophy, has facilitated the organization of Fifth World Buddhist Forum in the city of Putian in east China’s Fujian province in October,2018.

The forum is supposed to be Jointly proposed by Buddhist communities in Chinese mainland, Taiwan, Hong Kong and Macao in 2005 and it is claimed that the World Buddhist Forum was established as a platform for Buddhists to communicate and cooperate. It was said that the objective of the Fifth World Buddhist Forum was to promote positive roles of religious people in economic and social development, the Belt and Road Initiative and the building of a community with a shared future for mankind.

It is surprising and even shocking that around 800 people including Chinese and overseas Buddhists were reported to have participated in the so called World Buddhist Forum facilitated by Chinese government, without realizing that Government of China is committed to negation of established religious philosophies and has no particular commitment to the philosophy and cause of Buddhism,

The fact is that the approach and policy of the communist government of China is oriented towards denial of individual freedom and liberty for Chinese citizens to follow religion of their choice in variety of ways. The revised communist party disciplinary rules demand that the party members who have religious beliefs should undergo “thought education”.

Freedom of religion in China is provided for in the Constitution of the People’s Republic of China with an important caveat the government protects what it calls “normal religious activity” defined in practice as activities that take place within government sanctioned religious organisations and registered places of worship.

Several human rights bodies have criticised such practice as falling short of international standards for the protection of religious freedom.

It is well known that the Chinese government has been suppressing the practice of Islam religion It is reported that around one million Muslims have been held in Chinese internment camps, according to estimates cited by the UN officials. It is further reported that over the course of an indoctrination process lasting several months, muslims were forced to renounce Islam, criticize their own Islamic beliefs and those of fellow inmates and recite Communist Party propaganda songs for hours each day.

Given such ground reality, the communist China with a dictatorial regime is certainly an unfit location for organizing this forum, which is claimed to be a platform for Buddhists to communicate.

One can clearly see that organization of Buddhist forum in China is a clever attempt by Chinese government to give an impression that China is friendly towards Buddhist religion, which is not fact and cover it’s misdeeds in the Buddhist country Tibet.

China has ruthlessly invaded Tibet, a deeply religious Buddhist country, massacred thousands of Buddhists who protested against Chinese invasion and has been occupying the helpless Tibet for several decades now.

The very fact that the government of China refuses to permit any foreigner to visit occupied Tibet clearly highlights the fact that China has lot to conceal with regard to it’s militant administration in Tibet and the freedom suppressed conditions in which Tibetans live. Certainly, any government committed to the cause of non violence and truth, which Buddhism espouses ,cannot behave in such manner. Today, Tibet is an iron curtain as far as Government of China’s Tibetan policy is concerned.

In this connection, one may recall that a bill is before US Senate for passing for the” reciprocal access to Tibet act”, which seeks to ensure the same access to American diplomats and journalists to visit Tibet as the Chinese have to all parts of US.

While India is the birth place of Buddhism and several holy sites for Buddhists are in India, Tibet under the guidance of the revered the Dalai Lama represent the heart and soul of Buddhism, adhering and practicing the concept and philosophy of Buddhism in letter and spirit and setting a Buddhist religious model for the entire world. Chinese government suppressing Tibet virtually amounts to suppressing Buddhism, with the respected the Dalai Lama now forced to escape from the Chinese military and live in exile in India.

Buddhists all the world should introspect about the role of Chinese government in Tibet which resulted in slow suppression of Buddhist culture and practices in Tibet.

It is not clearly known whether the Buddhists around the world have protested adequately against the act of the Chinese government in facilitating the Buddhist forum meeting in China and in the process trying to create a false image that China supports the cause of Buddhism.