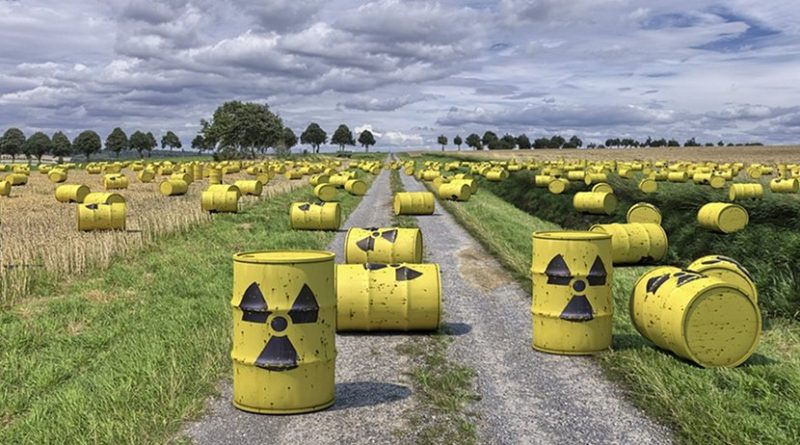 When the most powerful nation on earth feels that the threats it faces are increasing, it touches off dangerous eddies that can destablise global security.  The United States has signalled that this is, indeed, the case. The December 2017 National Security Strategy (NSS) declared that China and Russia were “attempting to erode American security and prosperity”.

In  January 2018, the US adopted a new National Defence Strategy (NDS) whose unclassified summary says the principal problem confronting the US is the erosion of American military advantage over China and Russia in three key theatres — Indo-Pacific, Europe and West Asia.

So it’s not surprising that the Nuclear Posture Review issued shortly thereafter called for the US to expand its reliance on nuclear forces to protect the country and reassure allies. In addition to modernising ageing forces, it said there was a need for two new missiles, a  low-yield sea-launched ballistic missile (SLBM) and a new sea-launched cruise missile (SLCM).

The US says it is reacting to developments in Russia, North Korea, Iran and China.

The North Korean thermonuclear test and the sophistication of its long-range missiles was no doubt a major factor. But so were Russian developments in testing and deploying a new line of strategic nuclear-capable missiles and hypersonic vehicles capable of outmanoeuvring US defences. The US cited the Russian deployment of a new ground-launched cruise missile (GLCM), the 9M729, for its pullout of the Intermediate-range Nuclear Forces (INF) Treaty. By their test of hypersonic glide vehicles, manoeuvering and multiple warhead systems, the Chinese, too, signalled that their aim was to defeat potential US ABM systems.

Clearly, some of this has been triggered by the US decision to scrap, rather than renegotiate important arms control treaties like the 1972 Anti Ballistic Missile(ABM) Treaty. American advances in intelligence, surveillance and reconnaissance, as well as precision strikes, have had their own chilling effect on the Russians and the Chinese.

Contemporary political developments and advances in technology are challenging the uncomfortable but useful notion of Mutually Assured Destruction (MAD) that has ensured nuclear peace so far. Countries like India, a modest nuclear weapons power, which faces two nuclear adversaries, will now have to take them into account.

First, India’s no first use (NFU) pledge has been challenged by the low-yield theatre weapons deployed by Pakistan which believes theatre weapons are crucial for their defence against India’s conventional superiority.

But even a low-yield weapon is thousands of time more destructive than a conventional one. As of now India has promised “massive retaliation” against any nuclear use. The way it sees it is similar to the position of US defence secretary James Mattis who said in February “I don’t think there’s any such thing as a tactical nuclear weapon. Any nuclear weapon used anytime is a strategic game-changer.”

Second, India has to worry about a modernised Chinese arsenal that can defeat American counter-measures. In view of India’s somewhat primitive arsenal, the Chinese may be encouraged to think they can get away with a disarming first strike, eroding the stability provided by the idea of MAD.

Nuclear forces being upgraded and modernised globally are pressuring India once again, just as once the perpetual extension of the NPT and the CTBT pushed New Delhi across the nuclear threshold.