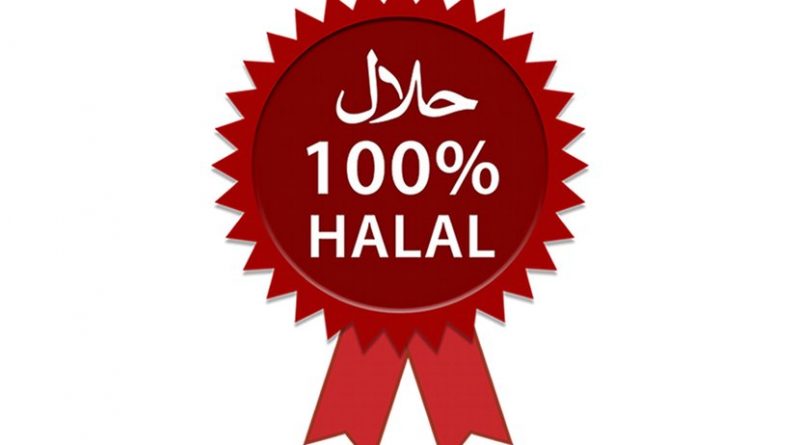 Indonesia remains the largest Muslim country in the world in terms of population. In 2019, Indonesia will officially implement a law on Halal Product Assurance. This legal framework will potentially turn Indonesia into the largest halal market in the world. What are its implications?

Halal, or what is permissible in Islam, has clearly become a contested discourse in the Indonesian public sphere since the 1990s. The awareness of consuming halal products has been obligatory for Indonesian Muslims for a very long time. “Halalness” became an issue in Indonesia’s public and legal spheres since traces of pork-enzyme use were discovered in the milk products of a certain brand called DANCOW in East Java.

The Muslim consumers protested the company because their drink was discovered through the research of Brawijaya University, Malang, to be contaminated with impurity (najis). The Suharto government instructed the Indonesia Ulama Council (Majelis Ulama Indonesia, MUI) to intervene and help find a solution. The issue was affecting economic stability in East Java especially for milk farmers who were not able to sell their products to the company.

Genesis of the Halal Institution

MUI came with a new idea to establish an institution that would have the responsibility and task to investigate, determine and watch the lawfulness of such products and goods available for sale in the public domain. In 1989, MUI established the Research Institute on Food, Medicine and Cosmetics, better known by its Indonesian acronym LPPOM (Lembaga Pengkajian Pangan, Obat-Obatan dan Kosmetika) with a mandate to become a halal institution.

Although LPPOM-MUI was established with the full support of the Suharto administration, this institution was not given the power to compel producers and vendors to halal-certify their products. As a non-state organisation (MUI), the LPPOM-MUI could only flex its cultural and religious influence and project its moral standing on the Indonesian Muslim community in general, and vendors and producers of goods (food, drink, medicines and cosmetics) in particular, about the importance of the “halalness” of goods.

Despite its limited authority and capacity, after three decades, the LPPOM-MUI has claimed success in cultivating the halal lifestyle not only among Indonesian consumers but also the general market players. This is evident from the number of vendors and producers who seek halal certificates for their products from LPPOM-MUI.

The latest accomplishment of MUI was its ability to convince the lawmakers of Indonesia to legislate State Law No. 33/2014 on Halal Product Assurance.

Indonesia is relatively late in regulating halal products through state policy in comparison to Malaysia, Turkey, and other Muslim countries. Since independence, Indonesian Muslims, as the primary stakeholders of “halalness” in the country, never had an issue with what they consumed and produced. There was therefore no consciousness of a need to draft such a national ruling guiding them on what is halal and non-halal (lawful and unlawful).

“Halalness” or otherwise was considered a private matter that Indonesian Muslim consumers could determine through self-control, without the need for state intervention. Proposing a state law on halal can also be seen as elevating a sharia matter – about halal and non-halal — into public law.

However, following the development of the halal market, on the one hand, and the growing piety of Muslims, in general, the lawmakers of Indonesia felt the importance of having a state law on halal issues. State Law No. 33/2014 on Halal Product Assurance was officially legislated in 2014; in 2019 this law will be fully enacted.

This law stipulates that having a halal certificate is an obligation and mandatory for all actors that produce goods. For those who disagree with marking their products with the halal label, their choice is to merely declare their products and goods as non-halal (haram, unlawful) products.

The consequence of the new law on halal is the expansion of the halal space. This expansion covers two issues; the creation of a new market and the significant rise of sharia-based piety in Muslim consumption. On the creation of market, when the new law was officially declared, the response from the business community was not quite positive.

Businessmen and entrepreneurs do not want to be forced by law to spend extra for getting halal certificates, in relation to their potential profit from the halal market. However, they are aware of the halal market potential because 86% of the Indonesian population is Muslim and this is the largest Muslim market in Asia.

On the rise of sharia-based piety, the enactment of this law is potentially understood and is acknowledged as a manifestation of the growing Islamic consciousness in Indonesia. Halal is not only about extending market space for Muslim people to eat, drink, and consume goods, but also about extending the obligatory practice of sharia.

This assumption is realistic, considering that the enactment of this law is going together with the rise of Islamic piety and Islamic identity politics in the last decade in the Indonesian public sphere.

What Should be Anticipated?

There are two things that can be anticipated. First, State Law No. 33/2014 on halal does not provide negotiable room for those who disagree with this law. It is true that the content of the law is very sharia, but this law also provides a battlefield not only for Muslims, but also for others.

The market is not about things Islamic and un-Islamic, but the market is also about how to produce commodities that attract people to buy and consume. This is the commercial side of the law on halal.

The state law on halal assurance states that the state will subsidise the cost of halal certificates for SMEs. It means that the consequence of this state law is the possible mushrooming of Muslim entrepreneurship and businesses due to state support.

This potential increase in the space of Muslim business will have an impact on the shifting economic structure, from a concentration on high capital business to small and middle enterprises in the future.