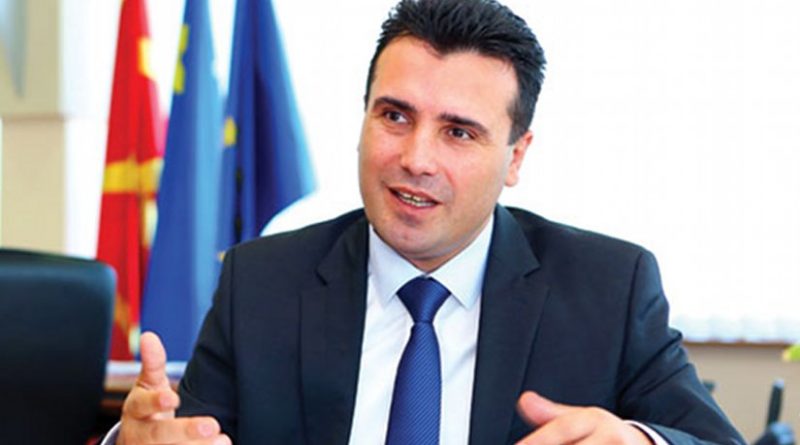 Macedonia’s Prime Minister on Friday said he agreed ‘in principle’ with the opposition on a draft law offering an amnesty or pardon to some of those involved in last year’s rampage in parliament.

Macedonian Prime Minister Zoran Zaev said on Friday that his government was willing to consider an amnesty for those involved in last year’s attack on parliament, after meeting the newly formed parliament commission on reconciliation – which is tasked with proposing steps for national reconciliation after years of political crisis.

Zaev said that his government wanted an amnesty law prepared, but noted that a pardon or amnesty would only apply to those who had not directly used violence during the April 2017 rampage.

“Let’s leave the legal teams to do the next steps now. We showed our political will today,” Zaev said, adding that the legal and technical details of the offer would be left for a later date.

Despite criticism from political, judicial and human rights experts that such a step would mean interfering with the work of the judiciary – a practice that the new government vowed to end when it took power in May last year – Zaev maintained that it would not interfere with the work of the courts.

“There are red lines that must not be crossed, whatever our will and wishes [for a partial amnesty]”, Zaev said, repeating that he greatly valued the maintenance of judicial independence as an “imperative” for the country’s Euro-Atlantic integration hopes.

The reconciliation committee was formed right after the start of still ongoing procedures for constitutional changes, in October, which form part of the historic agreement with Greece on the country’s name.

The body was formed on the initiative of the eight opposition MPs , seven of whom are now excluded from VMRO DPNNE, who provided key support for the start of the parliamentary procedure on the Greek deal – but conditioned their further support on progress in reconciliation that would include an amnesty.

Three of the eight opposition MPs are now on trial for involvement in the attack on parliament.

Critics have accused Zaev of trading the rule of law for opposition votes in order to reach the political goal of implementing the agreement with Greece, which would then unlock Macedonia’s stalled Euro-Atlantic integration process.

“I am willing to pay the political price,” Zaev has responded on several occasion during the past month.

The draft is not being prepared by the leadership of the opposition VMRO DPMNE party, but only with MPs expelled from the party because they supported the Greek agreement.

On Monday, parliament rejected VMRO DPMNE’s proposal for a full amnesty for all participants in the rampage.

Members of and sympathizers with the former ruling and now opposition VMRO DPMNE party had stormed the parliament in an unsuccessful attempt to prevent the new majority from electing a new speaker and then forming a new government under Zaev.

During the violence, some 100 people, including Zaev, other opposition MPs and journalists, were injured, some of them severely.

Some 30 people, including VMRO DPMNE MPs who are accused of helping the crowd to enter the parliament building, now stand trial for “terrorist endangerment” of the country’s security.