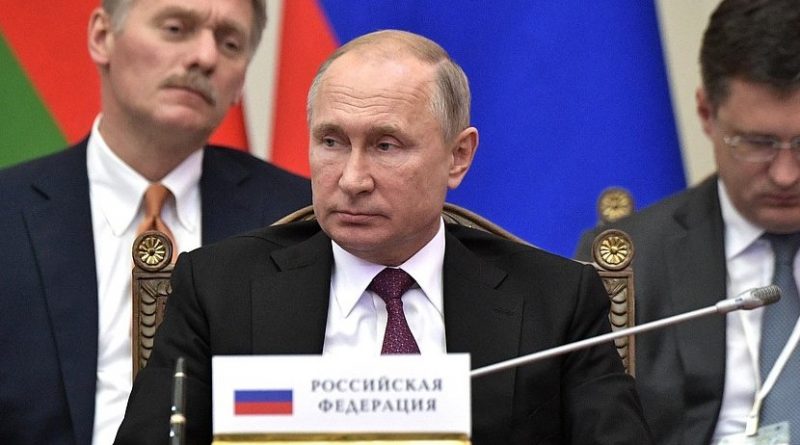 Vladimir Putin has retained the hybrid nature of his regime for as long as he has because any sharp departure from arrangements that suggest it is “sort of a democracy” rather than “sort of a dictatorship” would threaten to split his political base at home and cause trouble with the international community, Aleksandr Skobov says.

“With a certain amount of simplification,” the Russian commentator says, “one can say that the vaunted ‘Putin majority” unites in itself died-in-the-wool obscurantists and fascists and moderately conservative people.” Both want stability, quiet and peace, but they have different views on what that consists of (kasparov.ru/material.php?id=5DE146F4BB8C0).

The former want the peace of a cemetery and are prepared to use massive violence to get it; the latter, on the other hand, want a more relaxed stability, “without excesses.” They form the overwhelming majority of Putin’s Russian supporters; and they would be annoyed with him if he were to suddenly rather than gradually become much more repressive.

The moderate conservatives “by their nature are of course chauvinists.” But they don’t require from Putin “constant and tangible victims.” Indeed, they might be troubled by the sudden appearance of too many. At the same time, however, they are hardly “principled opponents of state force” or supporters of political freedom and rule of law.”

The average Russian moderate conservative supporter of Putin “considers it natural and normal when people who have power respond to disparagement of their power” in a tough manner but always within their understanding of what the law allows, Skobov argues. That acts as a constraint on what the fascists would really like to do.

“It is a big question whether the Putin regime has sufficient resources … to hold on to power by naked force alone in the event of a sharp reduction of its mass base of support or a widening of society’s alienation,” the commentator says. “And it is not only we who do not know the answer to that. The ruling clique doesn’t know either.”

The Putinists in the Kremlin may like hearing rumors and may even be spreading them that “in the event of really massive protests, it would act like the Chinese powers in Tiananmen.” But such suggestions are “strongly exaggerated. The Putin ‘little elite’ is mean and cruel but it is also cowardly.”

It is indeed quite possible that this is the reason why the Putin regime has retained its “hybrid” nature for so long, Skobov suggests.  It doesn’t want to take the risk that too rapid a departure from that would have for its moderate conservative supporters. It can gradually grow more repressive but only gradually.

But any sudden increase in repression, the commentator says, would have serious and negative consequences in foreign affairs.  Up to now, Western society has underestimated the threat that the Putin regime poses to the rest of the world and thus not acted in a tough fashion. But if the Putin regime turned really repressive, that could change overnight.

These constraints mean, Skobov says, that when a new protest wave rises, “the leaders should not be afraid of raising the takes and forcing the regime to have to choose between retreat or a loss of its ‘hybrid’ nature,” something that could create real problems of Putin and his elite.  It could cost them their support and home and abroad, and they could lose everything as a result.