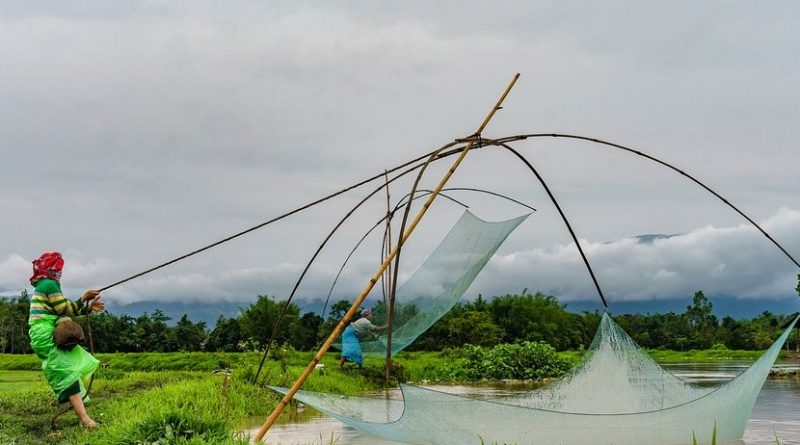 For the AD plan to achieve its objectives, the implementation strategy will need to become more broad-based and include addressing other internal complexities in the state within its ambit.

Across the world, the provision ofalternative livelihoods (including via crop replacement) is a form of incentives offered to farmers to encourage switching from cultivating illicit crops to licit crops. The broader objective of providing alternative livelihoods is to address the structural and institutional factors that inform the choices of farmers cultivating illicit crops. Within this framework, crop replacement is a strategy aimed at reducing the farmer’s reliance on illicit crops to earn a living. In this regard, there has been widespread criticism of strategies involving a de-coupling of the destruction of illicit crops and provision of alternative crops/livelihoods by making the latter conditional on the former due to the practical inadequacies it brings about.

To illustrate, the 2015 World Drug Report argued that illicit crop cultivation is interwoven with other issues that go “well beyond the microeconomics and agronomy of coca, opium poppy and cannabis cultivation.”  Given the complexities of the ground reality in Manipur, conditioning the provision of alternative livelihood options on prior eradication of the illicit crops, might hinder the core objective of Singh’s ‘War on Drugs’.

In Manipur, an average farmer whose relies on low-effort, high-yield crops like cannabis and opium cultivation for his/her livelihood earns approximately INR 700/- and INR 25,000/- per kilogram respectively. This figure is slightly more or equal to the sum a farmer can earn by cultivating coffee or rubber. In a 2014 “approach paper” towards the implementation of the New Land Use Policy, the Manipur government’s Planning Department proposed coffee and rubber (conventionally recommended alternative crops also often referred to as “peace products” by the UN Office on Drugs and Crime), among others, as crop alternatives.

There is evidence that suggests that though farmers in Manipur have been willing switch to cultivating licit crops, they tend to continue cultivating illicit crops even in the face of associated problems such as price fluctuations, violence by traffickers, and the expenses involved in crop protection and corruption. This state-of-affairs can be attributed to infrastructural under-development in the state. If this aspect is left unaddressed, shortcomings in essential infrastructure and markets to cultivate and trade in such “peace products” might continue to afflict the fates of other alternatives as well, including lemongrass and agar trees that Singh has proposed.

Moreover, regions where illicit crops are cultivated often experience a ‘ballooning effect’, wherein the demand for illicit crops from a region is met by the supply of illicit crops cultivated elsewhere. This takes place in areas where alternative livelihood plans are conditioned and development is fragmented.

The focus of Singh’s AD plan, especially the alternative livelihoods component is restricted to farmers affected by eradication of illicit crops and does not encompass all the farmers in the state. Manipur’s farmers require an organised agricultural framework complete with provision of subsidised seeds, pesticides, storage facilities, credit, and transportation, as well as markets to export their produce. To avoid a repeat of past failures, AD programmes should focus on the overall development of the entire state, not just sections affected by eradication of illicit crop cultivation.

In Manipur, prevalent conflict and corruption complicate initiatives aimed at providing alternative livelihood. Moreover, the nexus between ethnic rebel groups and drug mafias across the India-Myanmar border has been deepening in recent times. Reports suggest that the National Socialist Council of Nagaland-Khaplang (NSCN-K), the United Liberation Front of Assam (ULFA) and the Kamatapur Liberation Organization (KLO) have been “carrying out opium cultivation and trade in Kachin Province of Myanmar.” According to Subir Bhaumik, though some insurgent groups operating in Manipur resist drug traffickers, others like NSCN-Isak Muivah (which too once “abhorred” drug trade and threatened smugglers with dire consequences) are encouraging farmers to cultivate poppy by offering economic incentives and in other cases, through force. Additionally, tentacles of the narco-economy in Manipur also extend deep into the state’s bureaucracy. In 2018 alone, several public officials in the state were arrested after large caches of narcotics were found in their possession during raids.

For any AD model to be successful in such a complex environment, the enforcement strategy should employ a comprehensive approach. Relevant initiatives should not be limited by pursuits such as destruction of illicit crops as pre-conditions to crop replacement activities. Instead, they should focus on a holistic development of the state, by factoring in aspects like infrastructure, good governance, and law and order. Siloised development, which ignores Manipur’s internal complexities, could hinder the AD plan’s progress.

The focus on encouraging alternative livelihoods should be part of a broad-based AD plan that envisions the development of the entire state. Economicfactors do play a key role in defining AD plans. However, on the issue of addressing illicit crop cultivation, the plan and its corresponding implementation strategy will also need to consider factors that go beyond agronomics. Efforts to eradicate illicit crop cultivation and provision of alternative livelihood options, including through crop replacements, pursued simultaneously. The objectives of Manipur’s AD plan can be comprehensively achieved only if it takes a holistic approach, and its implementation strategy takes the state’s internal complexities into account.