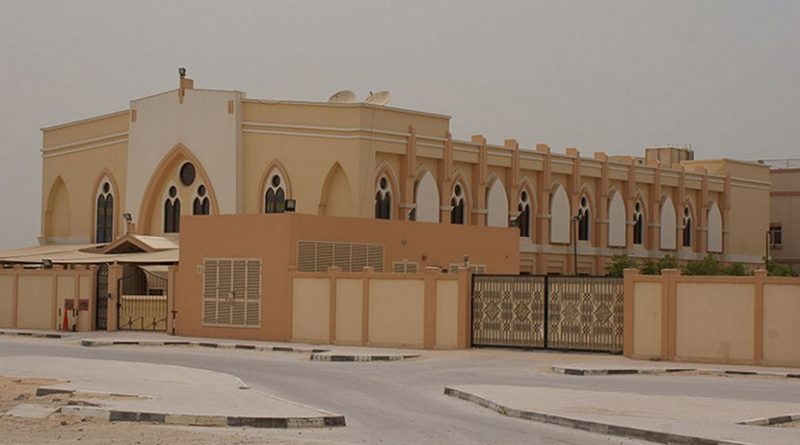 Roman Catholics in Dubai – home to the largest community in the Arabian Gulf – believe that the visit of Pope Francis to the region could be a symbol of peace and tolerance in the wider Middle East.

For some, the visit is a confirmation of their faith and an opportunity to re-affirm their Catholic heritage in the tolerant environment of the UAE; for others, it is a sign that religion can be a positive force in a region often beset by sectarian problems.

Chris Pickthall, a British businessman who has lived in the UAE for 13 years, told Arab News: “I’ve noticed in the UAE that the less you have in material terms, the more faith you have. I was in church yesterday and the whole congregation was incredibly excited. Most are Asian Catholics and I would hope their example would inspire other expat Catholics to rekindle their faith. Rich Westerners often forget their religion with all the distractions in this part of the world.”

Raad Jabouri Al Skeikh, an Iraqi Catholic whose forefathers built churches in Amara and Basra and who has lived in the UAE for 17 years, said: “I think it’s a message to those who have sectarian views that they should change their ways – live and let live in the modern world.”

The Asian community – from the Philippines, India and Bangladesh – is the biggest Catholic grouping in the UAE, and its members will set the tone for the Papal visit. They see it as a re-affirmation of the values they learned at home, and by which they try to live in the Middle East.

Before Christmas, in St Mary’s Church in Dubai, hours before the sun has even started to show on the horizon, thousands of worshipers flock to take part in “Misa de Gallo” – a nine-day series of masses that leads up to Christmas.

The faithful believe that when they complete the devotional series of Masses, a centuries old Catholic tradition, their wishes will come true.

Dubai residents Princess and Noel Caceres have never missed a mass for three years even if that has meant going a night without sleep.

“Although we have a very busy schedule working in sales, we would never miss a mass. Especially the Simbang Gabi (a term in the Philippines used to describe Misa de Gallo),” Princess said.

“I’m so glad that we get to attend Simbang Gabi here in Dubai, because it’s a very important tradition for us,” she added. Hailing from a devoted Catholic Filipino family, Princess said that despite the distance from her home, she has never felt alienated since she moved to UAE in 2011.

With approximately 1 million members, she said she was immediately introduced to a large Catholic community, with masses regularly attended by up to 2,000 worshipers in St Mary’s.

“I never had any difficulties being a Catholic here,” she said, adding that she was always impressed by the large congregations attending church services, especially during “feast” masses such as Christmas where the crowd increases to about 20,000 people. “I’m thankful that the UAE has become really open to other religions,” she added.

Al Sheikh, whose ancestral home in Mosul, Iraq, was devastated by the Daesh occupation four years ago, agreed: “Both my sons Gabriel and Sam were born and christened here, and Gabriel will take his first communion later this year. Not every government allows different religions to practice so openly, with the protection of a tolerant state.”

Filipinos form a large part of the UAE’s Catholic population, which the Apostolic Vicariate Of Southern Arabia (AVOSA) says is composed of more than 150 nationalities, who worship in nine accredited churches across the UAE.

Other nationalities in the Catholic church’s UAE congregation include Indians, who can also attend masses in a variety of languages: Malayalam, Konkani, Tamil, Urdu.

“Religion is a big part of my life, growing up in Goa. Whenever I missed a mass, I’d feel so incomplete, like a part of me was missing,” said Daisy Dacosta, who moved from India to the UAE in 2014.

She said she thought she would find it difficult as a practicing Catholic in a Muslim country, but said there were many opportunities to worship. “It’s really a good thing, there are masses every day, and you can choose the one that fits your schedule,” she explained.

The St Mary’s Catholic Church, in Dubai, boasts what is thought to be the country’s biggest parish in terms of attendance. It conducts 25 English masses every week, with congregations of more than 3,000 per service, a church official told Arab News.

Catholic churches in the UAE also offer catechism classes for children, where they learn about their religion.

“I was amazed when I saw a crowd of young kids at the church when I attended a service once. It’s nice to see that Catholic churches here in the UAE are also engaging the youth,” Dacosta said.

Catholics have also formed community groups with the full support of their parishes which allow them to conduct activities on church premises.  “All the parishes in the UAE provide a room or a hall to all communities registered under them,” Art Los Banos, a Dubai-based socio-civic leader, said.

Some would allocate their weekends to attend church-based community gatherings, as these groups provide “life support system,” especially for expats who struggle with being away from their families. “Having a church in all of the emirates is really a blessing,” Los Banos, who has been in the UAE since 2001 and has seen significant changes in the community over the years, said.

Pickthall, whose two children were born and baptized in the UAE, said: “Many of my Filipino friends at church may live difficult lives, but their fate and devotion is incredible. It’s a lesson for the rest of us that there are higher things in life.”

Home » Catholics In The UAE: ‘Pope’s Visit A Testament To Peace And Tolerance’