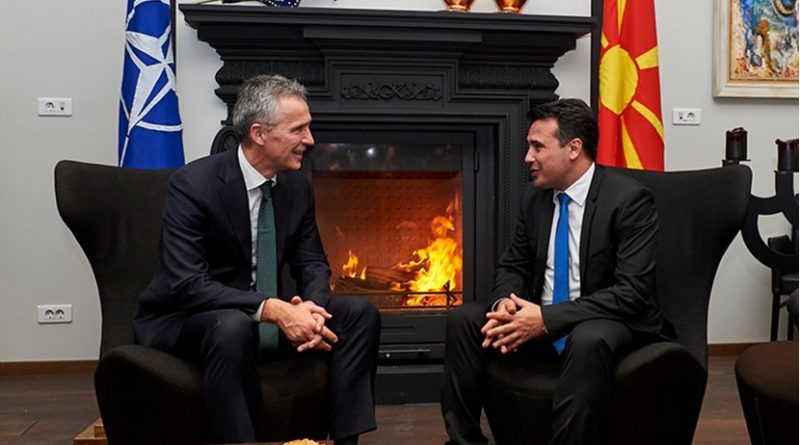 (RFE/RL) — NATO Secretary-General Jens Stoltenberg has said the alliance will sign an accession protocol with Macedonia on February 6, an important milestone in the Balkan country’s path to become NATO’s 30th member state.

“On February 6 we will write history,” Stoltenberg posted on Twitter on February 2. “#NATO Allies will sign the accession protocol with the future Republic of North Macedonia.”

Macedonian Foreign Minister Nikola Dimitrov will travel to Brussels to take part in the ceremony, along with representatives from the 29 NATO member countries, according to a schedule published by the Western alliance.

Macedonia has said it expects Greece to be the first NATO member to ratify the accession protocol, after which the country will begin start to call itself by its new, agreed-upon name.

Macedonia and Greece approved an agreement under which Macedonia agreed to change its name to the Republic of North Macedonia.

Since 1991, Greece has objected to the name “Macedonia” because it has a northern province with that name.

The name change deal, dubbed the Prespa agreement after the border lake where it was signed last year, ends a 27-year dispute between the two neighbors.

A NATO official told AFP that after the signing of the accession protocol, “the accession process then moves to the capitals of the 29 allies, where the protocol will be ratified according to national procedures.”

“Once that process is completed,” the official said, “the country will become a full member.”

On January 30, Macedonian Prime Minister Zoran Zaev said his country was also planning to accelerate talks on joining the European Union now that the agreement with Greece had been reached.

“We hope that by June we will have presented strong arguments to the European Council for getting a date for opening accession negotiations,” he told reporters in Vienna.

The deal has been met with opposition by many in both countries, with critics accusing their respective governments of making too many concessions to the other side.

Once the deal comes into effect, Macedonia will have a five-year period to implement many of the practical changes it must make, including changing vehicle license plates and issuing new passports.