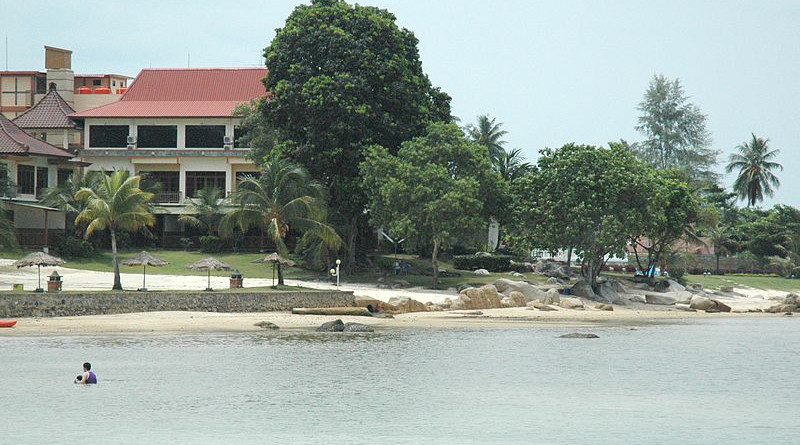 While the COVID-19 outbreak has led to a global panic due to its contagious nature, very few COVID-19 cases have been reported in Indonesia so far. In reality, the outbreak has impacted Bintan Island, the fourth most visited tourist destination, especially from China, many of them vacationing from Singapore as part of tour packages.

The COVID-19 outbreak in Indonesia has been responded to with nonchalance by the central government, which emphasised that Indonesia has not encountered many cases of infection, if at all. The Indonesian health minister had also caused a stir with his public statement on the COVID-19 when he exhorted the people to rely on ‘prayer’ as a preventive measure as he ticked off those who bought masks at a higher price.

In reality, the COVID-19 outbreak has in fact had a devastating effect on Indonesia’s economy, especially the travel and tourism sector. The Indonesian government reported that its tourism sector experienced losses of as much as US$500 million per month. The most direct impact of the outbreak is the decline of inbound foreign tourists to Indonesia’s most visited destinations, one of which is Bintan Island, just about an hour by ferry to the south of Singapore.

Bintan and Its Promising Tourism Sector

Bintan is one of the islands in the Riau Archipelago, which is currently being developed by the Indonesian government as a key tourist destination after Bali. Some of the better-known tourist destinations in Bintan are Trikora Beach, Senggiling, and Beralas Pasir Island. Beside its pristine beaches, Bintan also has many other tourist destinations such as Lagoi Bay, Bukit Busung, the Blue Lake, Crystal Lagoon, Bukit Panglong, and Mount Bintan Waterfall.

The island is the fourth largest contributor to tourist numbers in Indonesia. In 2019, Bintan witnessed around 1.6 million of both domestic and foreign tourists, of which 750,000 were foreign tourists. The number of foreign tourists who visited Bintan exceeded the target of 700,000 set by the Ministry of Tourism.

The tourism sector is the largest source of Bintan’s regional revenue, surpassing other sectors such as agriculture, mining, and mining resources.

One of the causes was the Chinese-dominated tourism business chain in Bintan set up by the Dalian Wanda Group, a major multinational conglomerate based in Beijing, with its core business in property development.

The company is also known for investing in various other sectors such as construction, entertainment, manufacturing, and financial services. Offering low-priced tour packages, the company engaged in a deal with the Riau Islands Tourism Office in 2016.

However, the excellent achievement of Bintan’s tourism sector has been undermined by the recent outbreak of COVID-19, following which the number of tourists from China per January 2020 dwindled to 500. This was due to the prevention measures by both central and local governments halting direct flights from China to Indonesia.

Impact on the Locals

The decline of tourists from mainland China due to the COVID-19 outbreak has affected businesses related to Bintan’s tourism sector, such as hotels, gift shops, and local fishermen. The decreasing tourist numbers has led to declining demand for hotel rooms, gifts, and food consumption.

According to the local labour union, this situation has threatened the jobs of locals who work in the industry even though the number of resorts and hotels that have laid off their employees have gone largely unreported. However, the impact of the outbreak on local businesses outside the tourism sector is not as bad given that the tourism industry in Bintan is dominated by the Dalian Wanda Group’s chain of businesses.

Under a controlled tour package, most of the mainland Chinese tourists are taken to places that are in business collaboration with Wanda Group. This raises other issues, namely, the disgruntlement of local businesses who do not benefit from tourism from China; they are unhappy with the monopoly enjoyed by the Wanda Group as provided by the local government.

To prevent a COVID-19 outbreak, the local government in coordination with Jakarta has implemented measures such as banning direct flights from China to the Riau Islands. Local authorities have also installed body heat temperature detectors in key gateways, including airports and seaports.

The decrease in the number of mainland Chinese tourists has also revealed the workings of the Wanda Group and its monopolistic practices. This implies the local government’s failure to create a level playing field for fair access to market and to find the right balance between foreign and local business interests.

The COVID-19 crisis may prove to be a blessing in disguise for the tourism industry in Bintan if lessons are learned in terms of three areas: first, local government deregulation of the tourism sector; second, a search for new sources of tourists; and third, upgrading the skills of local tourism-related businesses to provide better services to tourists when the COVID-19 scare subsides and the tourists return.