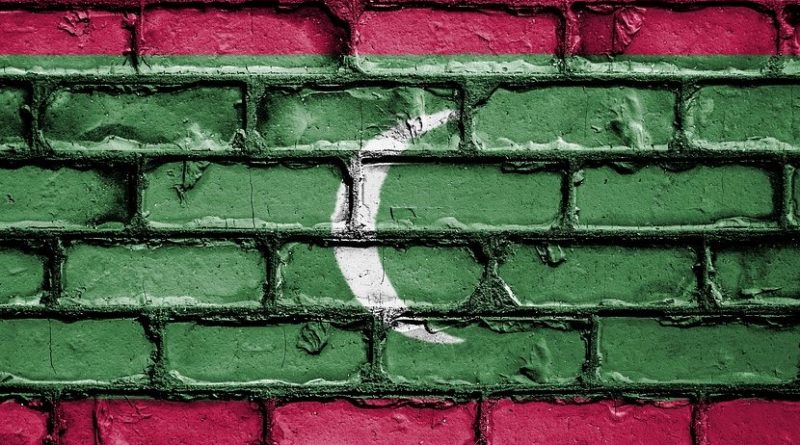 On February 22, 2020, in response to reports of an attempted terror attack, the Maldives Police raided three houses on the Naifaru island of Lhaviyani Atoll. According to the Police, the residences were of three individuals accused of planning to set off an explosive device on the island.

Significantly, on February 4, 2020, Islamist extremists, suspected to be inspired by the Islamic State (IS, aka Daesh), stabbed and injured three foreign nationals – two Chinese and one German – near Hulhumale Redbull Park Futsal Ground in the Hulhumale city of Kaffu Atoll. In a video posted on Telegram channel Al-Mustaqim Media,some people speaking in Dhivehi (the native language of the Maldives), claimed responsibility for the attack. They alleged that the Maldivian Government was being run by infidels and warned of more attacks in the future. Police are probing the authenticity of the video.

The last attack by Islamist radicals was reported in December 2019 (date not available), when a Turkish national was stabbed in Hulhumale city.

On September 29, 2007, in the worst attack targeting foreign nationals, 12 foreigners, including two British nationals, two Japanese and eight Chinese, were injured when a blast occurred at the entrance to the Sultan Park Mosque in the capital city, Male.

The security establishment will have to generate continuous intelligence to prevent future attacks on tourists if the potentially negative impact on the thriving tourism sector is to be contained. Tourism is the mainstay of the Maldivian economy, with an estimated share of 30 per cent of the Country’s Gross Domestic Product.

According to partial data compiled by the South Asia Terrorism Portal (SATP), there were three incidents involving Islamist radicals through 2019. These include:

November 23, 2019: Islamist radicals vandalised Meraki Coffee Roasters located in Male city. Those involved in the act left a message that read, “Women [expletive] don’t be men! Men don’t be women!” The outlet was identified by detractors as a “hangout for liberals and secularists.” The attack was suspected to be a warning to its former employee, Inas Ismail ‘Eena’, for not adhering to an “Islamic way of dressing” at the Maldives Film Awards 2019.

November 21, 2019: Ismail Hammad (26), a member of an unnamed religious extremist group, was reportedly stabbed when he was on a boat, for refusing to pledge allegiance to the leader of the group. Hw was “sentenced to death” by his colleagues. Fortunately, seriously injured Hammad swam to Maalhos island under the Alif Alif Atoll.

According to the SATP database, no incident of extremist violence was reported in 2018. SATP started compiling data on religious extremism/terrorism in Maldives from January 1, 2018.

Meanwhile, on November 25, 2019, Maldives Police Commissioner Mohamed Hameed posted statistics of religious extremism cases recorded between January 1, 2014, and October 31, 2019. According to the data shared, 188 cases related to extremism had been reported since January 2014.  Year-wise details were not made available in media outlets reporting in the English language.

Meanwhile, on December 16, 2019, Commissioner of Police (CP) Hameed disclosed that there were approximately 1,400 extremists in Maldives, who followed the ideologies of the IS and who would not hesitate to kill their fellow men to defend their beliefs. CP Hameed further revealed that 432 Maldivians from across the island nation sought to take part in the Syrian conflict and attempted to travel to the warzone.

A possible catastrophe was averted by the Maldivian SFs when they, along with the “five biggest countries in the world,” foiled an IS plan to blow up an airline mid-air using an Improvised Explosive Device (IED) in 2017. CP Hameed revealed that the plot was orchestrated by a Maldivian IS member in Syria.

The transnational jihadi nature of the violence in Maldives was further recognized by a Government appointed Commission. On September 1, 2019, Husnu Suood, head of the Presidential Commission on Deaths and Disappearances, disclosed that Al Qaeda was responsible for three murders and one attempted murder in the country, between 2012 and 2017. The commission commenced its work officially on November 21, 2018, with a two-year deadline to investigate 27 cases. The last reported incident of killing occurred on April 23, 2017, when a local affiliate of al Qaeda killed blogger Yameen Rasheed, who had received repeated death threats for his ‘anti-Islamic views’.

In the meantime, the government took several measures to contain terrorism and extremism in the island nation.

On October 23, 2019, Maldivian authorities arrested ‘terrorist leader’ Mohamed Ameen. On December 5, 2019, the Prosecutor General’s Office indicted Mohamed Ameen on terrorism charges and forwarded the case to the Criminal Court. The United States Department of the Treasuries Office of Foreign Affairs Control (OFAC), on September 10, 2019, had designated Ameen as a ‘recruiter’ for Islamic State-Khorasan (IS-Khorasan).

On September 30, 2019, an amendment to the Anti-Terrorism Act was passed with an overwhelming majority by the People’s Majlis (Parliament), in a special sitting. On October 10, 2019, President Ibrahim Mohamed Solih gave his assent to the new amendments to the Anti-Terrorism Act. According to a release issued by the office of the President of Maldives the amendment substantially empowers the Maldives Police Service by “incorporating early intervention strategies”.

Even as the Maldivian Government has been proactive in dealing with terrorism in recent past, larger complications relating to radicalization and extremism within the wider society persist due to the use of religion in political mobilisation and the increasing salience of Salafism, replacing traditional religious mores. In the section on ‘Extremism’ in a 2019 report, among other observations, it was noted that “the deployment of religion as a political weapon has been significant over the past decade, with many more liberal politicians and activists falsely accused of being opposed to Islam. These accusations, most of them based on no evidence, have led to a deeply polarized political environment.”

On December 26, 2019, Colonel Naeem of the Maldives National Defence Force (MNDF), speaking about extremism in Maldives at the ‘Viavathi Raajje’ Councilor Conference, observed that the “extremists believed that preventative healthcare was antithetical to reliance on God” and they “think of education as a western idea, and kept their children from going to school”.

Earlier, on December 21, 2019, Chief Superintendent of Police Mohamed Basheer mentioned that radicalized individuals in the community consider Maldives a “land of sin”, and added that they believe that those who do not subscribe to their extremist views are “infidels whose life and property could be rightfully seized.”

Recent efforts of the Maldivian Government to counter these instances of extremism include:

On February 19, 2020, the Government suspended an event in the island nation featuring Canadian Jamaican Islamic scholar Dr. Abu Ameena Bilal Philips, who is banned from entering several countries, including the United States and Britain.

On December 18, 2019, Maldives Police Service, as part of special operation, ‘Operation Asseyri’, to curb religious extremism on R. Maduvvari in Raa Atoll, arrested five suspected extremists. The operation was launched jointly with the Ministry of Gender, Family and Social Services.

While the threats of terror and extremism were being addressed, the challenge of successful ‘rehabilitation’ of eventual returnees from Syria, Iraq, and Afghanistan looms large. For the returnees, the Government has constructed the National Reintegration Center, a de-radicalization facility, in K. Himmafushi, where repatriated individuals will undergo a rehabilitation program. The efficacy of this initiative is yet to be demonstrated.

The Government’s efforts to curb radicalization and extremism in The Maldives have secured significant successes, but it will be a long time before the system and society can be purged of the effects of the decades over which Islamism was used as the principle political mobilizer and instrument of social management in the country.