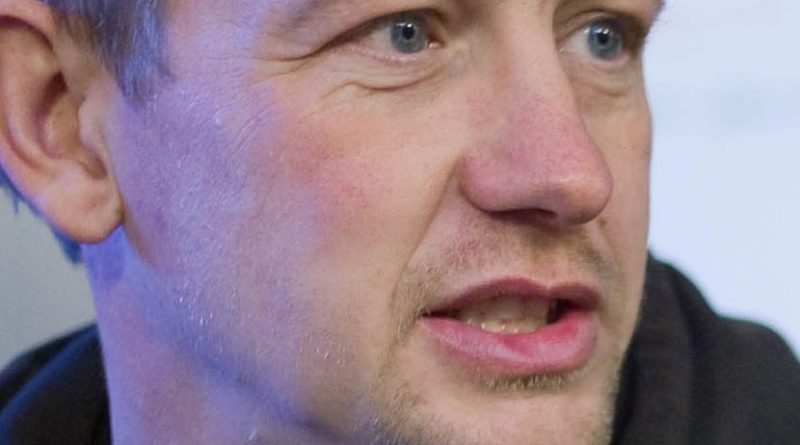 Finland, a country noted for deep felt suicides executed during long dark winter months, has become the happiest nation on earth. This statistical superstition, contrived to feed a social-media diet free of substance and light on evidence, belies one fundamental point: Scandinavia can boast its examples of curious killings and extravagant murders.  Little wonder, then, that there has been something of a competition, and in some cases cooperation, between the countries in the making of the genre known as Scandi noir.

The signifiers of this rapidly tiring genre are standard: snipped limps, removed heads, disembodied creatures.  This is the stuff that has enticed people whose living standards are the envy of the world. Crime must be exotic in its gruesomeness, spectacular in its execution. It may be presumed in this case that luxury and plenitude produces its own degeneration – but in what form?

In this case, the  (presumed) killer has run amok with abandon.  Audiences in Scandinavia, and specifically Denmark and Sweden, have been led to believe that the industry behind such works as The Killing has actually been imitated.

Charged Danish inventor and the seemingly disturbed Peter Madsen seems to possess the troubled profile of a Scandi noir protagonist.  By disturbing, and doomed chance, Swedish journalist Kim Wall found herself on Madsen’s 17-metre submarine, then found herself, quite literally, in pieces.  Her torso had been removed; limbs were found separated and weighed down by metal pipes in Køge Bay.  Police noted 14 interior and exterior stab wounds to the victim’s genitals.

The New York Times could barely hide its morbid fascination: “It took three dogs trained to search on water, an oceanographer and a team of military drivers to find the body of Kim Wall, a Swedish journalist, in the bay off Copenhagen after she went missing on Aug. 10.”

Anne Mette Lundtofte, writing in The New Yorker, admitted a queasy awareness about a parallel between the fate of Wall and the victim in the debut episode of The Bridge, “in which a woman’s dismembered body is planted strategically on the mid-point of the sea bridge that connects Denmark and Sweden.” In what counts as dull Danish understatement, Special Prosecutor Jakob Buch-Jepsen called it “a very unusual and brutal case which has had tragic consequences for Kim Wall and her relatives.”

Madsen’s story evolved, shot through with inconsistencies and stages of embroidering.  He first claimed that Wall had suffered an accidental death inflicted by the blow of a heavy portal.  (This account was altered at trial: Wall had expired due to the locking of the hatch occasioned by a malfunction that stopped the engines, inducing a fall in pressure and the release of poisonous gas.)

Madsen would then admit to conducting the butchering exercise on his submarine before dumping the various body parts in the ocean in what he termed a “sea burial”.  But this, he argued, neither involved sexual assault or murder.  His acts were simply anatomical in nature, absent a guilty mind.  “I didn’t want to share with the rest of the world,” he claimed at the trial, “the horrible manner in which she died.”

With the trial of Madsen opening on March 8, the cultural commentators buzzed and convened over the ghastliness.  The Danish inventor was likened to a string of maverick types typical of a certain Danish male. He had been a Klods-Hans amateurof “charm and cheek” lacking sophistication and a sense of the world.  In some quarters, there was disbelief that this had been anything other than a stunt typical of the man.  A psychiatric evaluation of Madsen found him to be “severely aberrant” rather than insane.

The Swedish side saw matters rather differently. Walls’ colleague Victoria Greve found the whole matters spookily ironic, given that the reporter had been sending copy from places as diverse and troubled as Haiti and North Korea only to then disappear in Denmark.  Walls disappearance also triggered a storm of debate about the vulnerability of women in the workplace.

In March last year, critic Mark Lawsoneulogised on the subject of Scandi noir, bravely predicting its demise.  European broadcasters, he accused, had denigrated “a beloved genre” turning thrillers into bland fillers “in just under six years”.  The Danish series, The Killing, became a font of inspiration of makers of crime series in Britain, inspiring such spinoffs as Broadchurch, The Missing and River.

This also set the scene for a gorging: the British diet for such programs saw The Bridge, Borgen and Wallander make their appearance. Midnight Sun, charges Lawson, signalled a descent into dullness, a fictional fusion “flattening out the local zests to produce a bland Euro gruel.”

Off the screen, even more graphic scripts are being written, and nothing better to match the panoramic violence and investigation of the Madsen-Wall affair.  The move of this ghoulish saga from actual event to celluloid is already set to take place.