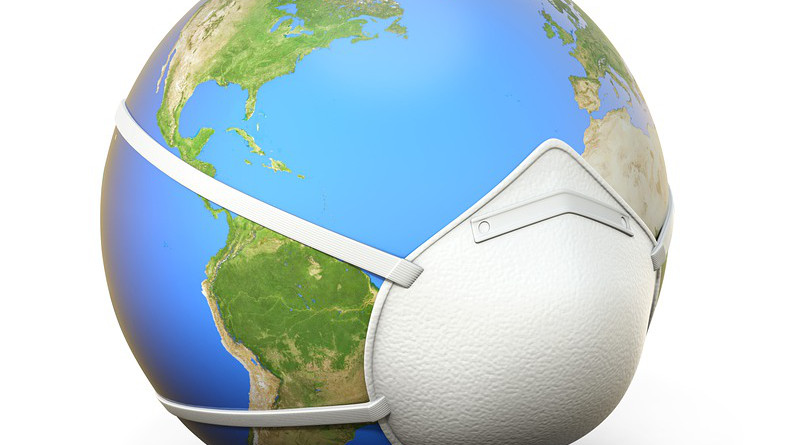 COVID-19 has wrapped the whole world in its trap because of multiple reasons in which irresponsible behaviour at the hands of states remains at the top. There were some nations such as Italy and America which were not taking the threat of coronavirus serious resultantly both the countries are now the most affected nations of the world.

Even at the extent that the president of America Donald Trump was showing passive behaviour concerning the outbreak of devastating virus resultantly the US has surpassed China and reached the top by highest patients in the world which have crossed two lacs including almost five thousand deaths.

In this regard, President Trump has signed the $2 trillion Coronavirus relief bill. Besides, other nations such as Italy, Spain, China, Germany, France, and Iran come respectively after the US about the patients of COVID-19. As for as Pakistan is concerned, Prime Minister Imran Khan also urged for the international as well as national cooperation to control and eliminate the threat of COVID-19.

While people in Pakistan are not still taking it seriously or fully cooperating with government via looking over their immature and unserious behaviour concerning the restrictions imposed by the government through violating them. In this regard, the government has sealed various shops and other public places that were open even after lockdown. Therefore the government has taken serious steps through lodging FIR against them. Besides, various madrassas/masjids were also offering Friday congregation prayers via side-lining the guidelines given by the government therefore many people were arrested and put behind the bars by security forces of the country. While looking over the staggering and worsening condition of Pakistan which shows a fast increase in the patients of coronavirus government requires the seriousness and cooperation of people to control over fatal disease otherwise it will wipe out most of the population of the country.

Consequently, it is not only the responsibility of people within states to cooperate with the government to defeat first this global pandemic disease but it is also high time for states to cooperate even having multiple differences over numerous issues.

In this regard, for defeating Coronavirus states require global cooperation via setting their enmities and differences aside for the common good. Besides, China continues international cooperation to beat COVID-19. Beijing is determined to cooperate and help other nations, therefore, it has sent aid towards 18 countries over the past month in which it has sent its team as well as tons of medical supply to various countries such as Italy, Cambodia, Pakistan, and United Kingdom.

Along with this Chinese government said that those countries which are not provided aid by it were helping them through an online website. Via looking over the commitment and relentless struggle of the Chinese government as well as people particularly medical staff, they have become successful in controlling the spread of COVID-19. In the same manner, China also emphasized the global stakeholders that global cooperation is the only way to beat the coronavirus. The governments need acts with speed, scale and clear-minded determination to conquer the fast-spreading virus. Because “viruses do not respect border: neither do they distinguish between races or nations, therefore, responsible governments worldwide should stand firmly against hatred and racism and join hands to promote disease prevention and clinical treatment as well as vaccine development”.

World Health Organisation (WHO) Chief in his recent media briefing said that “This is not just a threat for individual people or individual countries. We are all in this together, and we can only save lives together”. Though preventive measures suggested by the countries which have minimized and controlled the fast spread of COVID-19 such as China, South Korea, and Sudan are social distancing, contact tracing, widespread testing, and early preparation.

In the DW documentary, Dr. Alexander Edward, an Immunologist, emphasized on the usage of face masks, he also entertained that the world is running out of face mask because of its massive usage. Besides, Nature is a weekly international journal that published an article on March 9 in which emphasized over three things to eliminate coronavirus namely follow WHO advice, end secrecy in decision-making and cooperate globally which is the only way to defeat one of the worst infectious-diseases spread throughout the world. COVID-19 has left severe effects on the social, political, economic, and financial structures of the world. So, it is very difficult only for the governments of states to control and defeat this pandemic virus.

In this regard, governments need the seriousness of behaviour as well as the cooperation of each section of society may it be doctor, social workers, government and private employs, common people, armed forces, businessmen, farmers along with each person who can contribute in any way to help the government to defeat the Coronavirus. This is the easiest and fast way to fight against coronavirus otherwise whole nations including governments are going to bear the brunt of this one of the most dangerous viruses of the 21st Century.

*The writer is Ph.D. scholar in the Department of Defense and Strategic Studies, Quaid-i-Azam University, Islamabad, Pakistan.