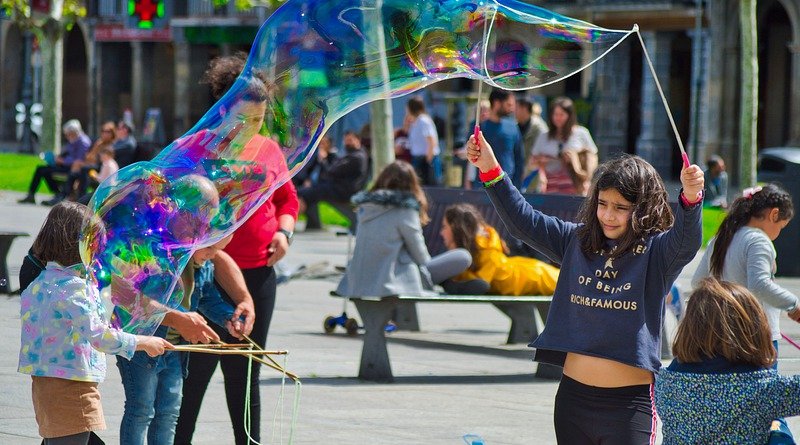 Millions of people took to the streets Saturday in Spain for the first time in seven weeks as the government began lifting restrictions that were imposed to contain the coronavirus outbreak.

Joggers, cyclists and surfers rushed outdoors early during a four-hour period before people over age 70 were allowed to venture out for two hours, and children under 14 were permitted to go outdoors from midday to 7 p.m.

“We are reaping the rewards of the sacrifices we have made during these long weeks,” Prime Minister Pedro Sanchez said.

Elsewhere in Europe, French ministers announced the country would extend its state of emergency until July 24. Interior Minister Christophe Castaner said the extension was “absolutely necessary” and would “guarantee” that France would be able to respond quickly to virus-related issues.

India said Friday that it would extend its five-week lockdown until at least May 17 after recent outbreaks in states such as Maharashtra. The country reported its largest one-day death toll Friday with 2,293.

Easing of curbs in US

In the U.S., more than half of the 50 state governors have taken steps to partly relax lockdown restrictions, while hoping a spike in infections won’t trigger another round of business closures, even as the U.S. continues lead the world in reported COVID-19 infections and deaths.

Other U.S. governors, many of whom are Democrats, are taking a more guarded approach, trying to balance the need to reopen their state economies with concerns about the coronavirus.

Demonstrations in the U.S. organized by conservative groups against lockdown measures have continued, many on the steps of state capitols. Protesters marched Friday in several California cities, demanding an easing of restrictions and criticizing Governor Gavin Newsom’s decision to close some beaches.

In Illinois, photos showed protesters who gathered Friday outside the capitol, displaying at least two signs with Nazi slogans, one of which included a swastika. The protest drew a strong rebuke from the state’s Jewish governor, J.B. Pritzker, with his spokesperson saying in a statement, “You can protest a policy you don’t like without being ragingly bigoted.”

Meanwhile, the White House is blocking Dr. Anthony Fauci, the top U.S. infectious-disease expert, from testifying Wednesday before a U.S. House of Representatives committee that is investigating how the Trump administration has handled the COVID-19 pandemic.

White House spokesman Judd Deere said Friday in a statement that it would be “counterproductive to have the very individuals involved in those efforts appearing at congressional hearings.”

Fauci and U.S. President Donald Trump have not always agreed on how best to fight the spread of the virus. Fauci described the country’s testing capacity for the virus as “a failing” and Trump retweeted a #FireFauci posting last month from another account, but the White House insists the president is not looking to fire the highly popular scientist.

Drug authorized for use

In other U.S. developments, the Food and Drug Administration has granted an emergency-use authorization for the antiviral drug remdesivir, clearing the way for more hospitals to use the drug. Recent clinical data show the drug might be a promising treatment for the coronavirus.

China appears to be making progress in its handling of the coronavirus, which originated in the city of Wuhan. After China reported no serious remaining cases Friday, World Health Organization official Maria Van Kerkhove said she was an eyewitness to the progress that had been made in Wuhan.

The editor of British medical journal The Lancet cited China for the idea of establishing temporary hospitals in its fight against the pandemic.

As of early Saturday evening EDT, more than 3.4 million people around the world had been infected with COVID-19, and more than 242,000 people infected with the virus had died, according to Johns Hopkins University statistics.

The U.S. led the world in reported COVID-19 infections and fatalities, with more than 1.1 million confirmed cases and more than 66,000 deaths.