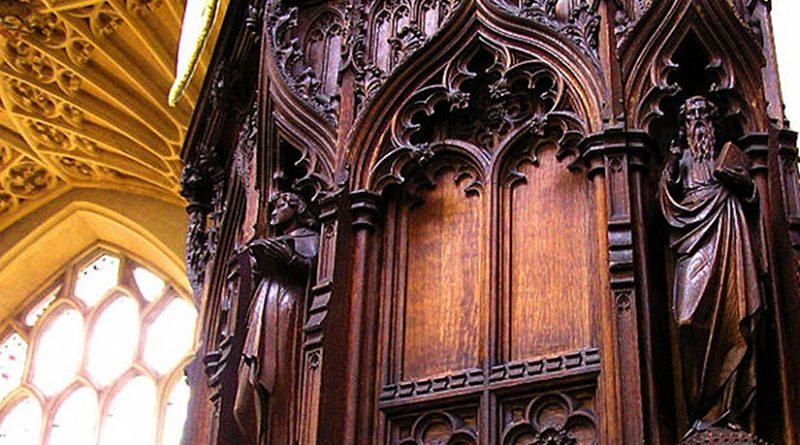 An Ohio judge sentenced a 23-year old Catholic man to 12 consecutive Baptist Sunday services after an altercation in downtown Cincinnati in January.

It was dollar beer night at the Cincinnati Cyclones vs. Fort Wayne Komets hockey game on January 23, and Jake Strotman and his buddies had had a few before heading downtown after the game (a Cyclones victory).

Strotman and his friends came across a group of Baptist street preachers, who Strotman claims were condemning him, according to the Cincinnati Enquirer.

Already a curious and outgoing person, Strotman engaged with the preachers and “gave them my two cents worth.”

“They were telling me I was going to hell,” Strotman told Enquirer reporters. “I was asking them: ‘Why do you think you can condemn people?’ I didn’t understand why they thought they could judge me.”

Hearing the argument, another man approached the street preachers and “started going off like a ball of fire,” Strotman said.

Amidst threats, shouting, pushing and shoving, Strotman ended up face-down on the asphalt and pushed his hand down on one of the preacher’s face, Joshua Johnson, as he was getting back up. Johnson claims that in doing so, Strotman shoved Johnson’s own glasses into his face, cutting him.

Last week, Ohio Judge William Mallory, convicted Strotman of attempted assault, a misdemeanor. Mallory, who reportedly enjoys handing out creative sentences, said in the courtroom that while 90 days of jail time was an option, he was open to other ideas.

“I’m trying to get to something reasonable here. And I’ll be honest with you guys, sometimes in certain places people don’t want to be preached to. You agree with that right?” Mallory reportedly said to Johnson in court.

That’s when Strotman, a self-employed salesman of windows, siding and doors, proposed his own alternative sentence: serving at a church of Mallory’s choosing.

Mallory approved, and sentenced Strotman to attend 12 consecutive Sunday services at Morning Star Baptist Church. He must attend each entire 90-minute service (for a total of 18 hours) and have the weekly program signed by the minister.

“Three months, that’s not that bad,” Strotman told the Enquirer. “I think it’s a nice example of hearing people out instead of getting angry and jumping to conclusions.”

“I’m going to listen with both my ears and keep my mouth shut,” he said. “Then, maybe I’ll try to sell them some windows.”