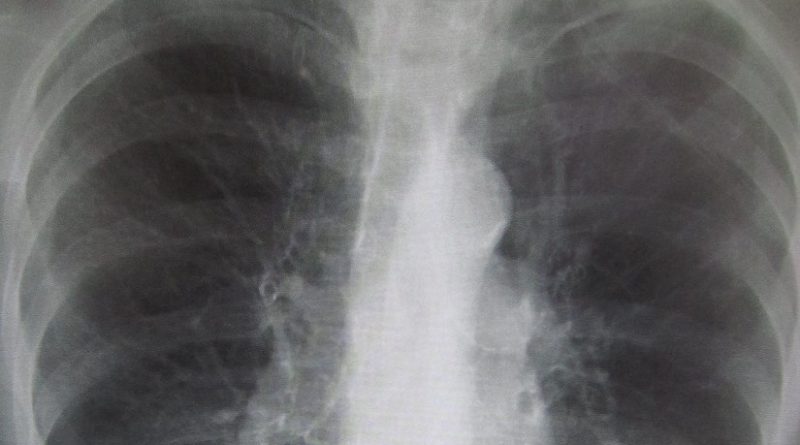 A test that analyzes free-floating DNA in the blood may be able to detect early-stage lung cancer, a preliminary report from the ongoing Circulating Cell-Free Genome Atlas (CCGA) study suggests.

The findings, from one of the first studies to explore whether sequencing blood-borne DNA is a feasible approach to the early cancer detection,.

“We’re excited that the initial results from the CCGA study show it is possible to detect early-stage lung cancer from blood samples using genome sequencing,” said lead study author Geoffrey R. Oxnard, MD, of Dana-Farber Cancer Institute. “There is an unmet need globally for early-detection tests for lung cancer that can be easily implemented by health-care systems. These are promising early results and the next steps are to further optimize the assays and validate the results in a larger group of people.”

Early diagnosis is key to improving survival rates for lung cancer. A blood test that could be done through a simple blood draw at the doctor’s office could potentially have a major impact on survival, but before such a test could be widely used, additional validation in larger data sets and in studies involving people who have not been diagnosed with cancer would be needed, researchers say.

Tests that analyze cell-free DNA in blood, known as “liquid biopsies,” are already used to help choose targeted therapies for people already diagnosed with lung cancer. Until recently, there has been limited evidence to indicate that cell-free DNA analysis may be feasible for early detection of the disease.

The CCGA study has enrolled more than 12,000 of the planned 15,000 participants (70 percent with cancer, 30 percent without cancer) across 141 sites in the United States and Canada.

The new report is from the first sub-study from the CCGA, in which three prototype sequencing assays were performed on blood samples from approximately 1,700 participants. Twenty different cancer types of all stages were included in the sub-study (additional early results from the sub-study, including breast, gastrointestinal, gynecologic, blood and other cancers will be presented separately at the 2018 ASCO Annual Meeting).

In this initial analysis, researchers explored the ability of the three assays to detect cancer in 127 people with stage I-IV lung cancer. The assays were designed to detect cancer-defining signals (mutations and other genomic changes) that could be used in an early cancer detection test:

The initial results showed that all three assays could detect lung cancer with a low rate of false positives (in which a test indicates a person has cancer when there is no cancer). Of the 580 samples from people without cancer at the time of enrollment in the sub-study, five (less than 1 percent) had a cancer-like signal across all three assays. Of those five participants, two were subsequently diagnosed with cancer (one with stage III ovarian cancer and one with stage II endometrial cancer) – highlighting the potential for such tests to identify early-stage cancers.

Among participants with lung cancer, the study found that more than 54 percent of the somatic (non-inherited) mutations detected in blood samples were derived from white blood cells and not from tumors. These mutations are likely the result of natural aging processes (so-called clonal hematopoiesis of indeterminate potential, or CHIP) and will need to be taken into account when developing blood tests for early detection of blood cancers, noted Oxnard.

The researchers are verifying these results in an independent group of approximately 1,000 participants from CCGA as part of the same sub-study. Following this, they will continue to optimize the assays, then validate them in an even larger data set from CCGA. With increased sample sizes, machine learning approaches are expected to improve assay performance, Oxnard noted.