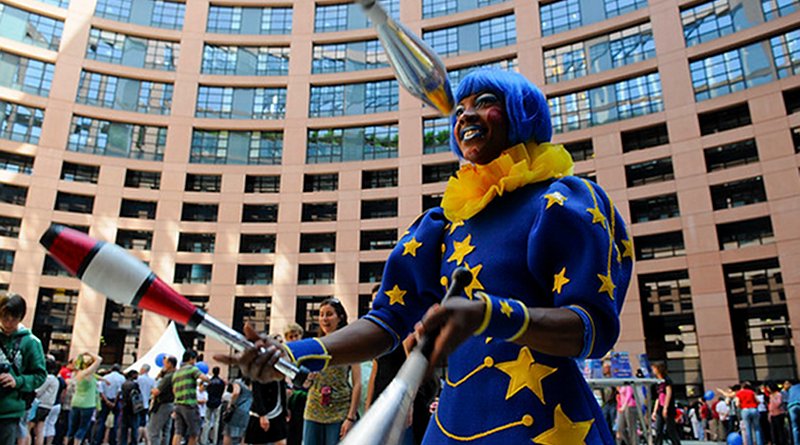 The growing rivalry between the US and China compels Europeans to wake up to some hard facts. One of them is that we live in a world that is increasingly defined by great-power competition, in which the norms and institutions Europeans hold so dear may well take a back seat. Another is that Europe itself may take a back seat in world politics.

Against a backdrop of tectonic geopolitical change, European experts and pundits are pondering about two sets of problems. The first relates to the specter of great power penetration on the European continent, and its negative impact on European unity and stability. The second is about how Europeans should position themselves vis-à-vis the world’s great powers. These are closely intertwined problems, which relate to the deeper question of whether Europe is a subject or an object in international politics –a debate that cannot possibly be framed in dichotomous (subject vs object) but rather complementary (subject and object) terms–.

The discussion on ‘Europe as a subject’ is often associated with the EU and the notion of European strategic autonomy. These days, it revolves primarily around the question of how the EU should position itself in Sino-US competition. To a lesser extent, it is also about how the EU should deal with an increasingly assertive Russia. Should the EU buddy up with the US in its global competition with China? Should it strive for some form of equidistance, and get closer to the US on some issues and to China on others? Or should it opt for a third way, and become a strategically autonomous actor? How about Russia? Should the EU align its Russia policy to that of the US? Or should it strike a different tone? Without getting into the nuances surrounding any of those questions, they all build on a fundamental premise: that of the EU as a coherent international actor. Incidentally, such a premise presupposes that the EU can consolidate its reach and influence within the European continent itself and that it is therefore in a position to prevent other external powers from penetrating Europe or significantly undermining European unity. After all, European cohesion is a precondition for the broader question of how the EU should position itself vis-à-vis the (other?) great powers.

The debate on Europe as a subject is surely a fascinating one, but it is muddied by the problem of ‘Europe as an object’ or battleground of great-power competition. This problem is about how external powers –notably Russia and China, but also, conceivably the US, and even the UK, should an acrimonious Brexit materialise– can leverage existing European divisions to maximise their influence on and over Europe.

Internal divisions and external penetration are two sides of the European coin: they feed off each other. And today’s Europe may well be experiencing the rough end of both. Over the last decade or so, the economic, migration, security and Brexit crises have fostered a number of cleavages in Europe, within and between countries, including but not limited to the north-south, east-west, and Britain vs continent divides. These cleavages are there for powerful external actors to leverage. From the perspective of an external meddler, always sniffing around for wedges to play divide-and-rule politics, today’s Europe is filled with opportunities.

An increasingly assertive Russia sees the division of Europe as a geopolitical asset, an opportunity to maximise its regional influence. Taking a cue from the Soviet-era concept of active measures, Russia is today following a strategy of identifying existing divisions within Europe and building on them. The Brexit referendum has been often cited as an example in this regard, and so has the rise of extremist parties in some western European countries. Perhaps more broadly, and more systemically, the migration crisis has offered Russia an opportunity to further a cultural and political cleavage within Europe, between west and east, but also within countries.

A confident China hopes that its economic largesse in Europe will translate into political influence. The question of how to deal with Beijing underscores a number of cleavages within Europe. One of them is transatlantic. The message coming from Washington is clear: Europeans who open their 5G gateways to Chinese companies should expect to be penalised in their intelligence and security cooperation with the US. But there is a second, China-related cleavage: should Europeans pursue an industrial policy, as traditionally advocated by France (especially when it comes to the digital domain and to new technologies), or should they continue to put their faith in open competition? The Germans appear to be revisiting their traditionally liberal, pro-competition stance, as they take note of Trump’s protectionist bent, and wake up to the fact that China is playing the free-trade system. Thus, the context seems ripe for a debate on an EU industrial policy. Yet no push in that direction will be hassle free. The European Commission will not quite so easily let go of its role as the guardian of competition. And other EU member states will worry about getting the rough end of the deal: neither cheap Chinese products nor any say over the direction of European (read Franco-German) champions. Such a dilemma may prove to be particularly acute for countries in eastern and southern Europe that have been showered by Chinese investment in recent years, some of which have also grown increasingly antagonistic towards the EU. The divisions are likely to remain there for China to leverage upon.

Last but not least, there are questions about the Trump Administration’s Europe policy, and more specifically its attitude towards the EU, which Trump himself has repeatedly labelled a foe of the US. This is a delicate and dangerous issue. Does President Trump calculate that, because Europe faces numerous challenges and is in a position of strategic dependence with Washington, he can renegotiate the transatlantic relationship from a position of strength? If so, he may be right. However, his approach of linking security and economics and openly lambasting the EU and some of its member states (notably Germany) may well encourage Europeans to push back, including through the EU.

It is certainly understandable, and even legitimate, for Europeans to stand up to Trumpian bullying, and reject the notion of a transactional relationship with the US. However, Europeans should be careful in framing their response to the US and, at any event, steer clear from the notion of resorting to other great powers (let alone China) to build up their diplomatic leverage on Washington. This could be politically suicidal, as it would prove highly divisive and corrosive within a Europe that is largely a by-product of US power. US power and US strategy played a key role in the genesis of the European Community, through the Marshall Plan, through US support for the re-industrialisation and re-militarisation of West Germany, and through the NATO security guarantee. This is not just ancient history. The US has also played a critical role in the configuration of today’s EU, notably through its key role in German reunification and eastern enlargement. Today, Central and Eastern European states form an integral part of the EU, and most of them see their bilateral relationship with the US as the foundation of their security and political autonomy. This links back to the underlying theme on the interdependence between internal divisions or cleavages and external penetration.

US penetration –labelled by some as mostly benevolent or ‘empire by invitation’– remains a fact of European life. And, as the world becomes increasingly competitive, its penetration may well prove to be an insurance against worse alternative futures, at least as long as Europe’s key powers continue to reject the notion of a pan-European state –which, incidentally, could very well meet the (concerted?) opposition of Washington, Moscow and London–. To be sure, insofar as both US penetration and European strategic autonomy are relative concepts, Europeans will do well to continue to lever their economic, technological and security cooperation (notably through the EU) to mitigate the spectre of total dependence on an Asia-bound US. But as the 21st century rolls in, the key question for Europe is not whether it will be subject or object, but how to reconcile the idea of being both at the same time.

*About the author: Luis Simón, Director of the Elcano Royal Institute’s Office in Brussels and Senior Analyst